10 acquired tastes to learn to love

Ask anyone about which foods are an acquired taste, and you’re bound to get more than a few surprises. Tastes differ enormously from one person to the next, and then there’s the fact that the brain often needs to get used to new tastes through repeat exposure before your tongue recognises that it’s actually enjoying itself.

People tend to view the label of ‘acquired taste’ in a negative light, but we rather like the idea of growing to like certain tastes as we get older. It means there’s still so much to discover! To celebrate this happy thought, we take a closer look at the most common acquired tastes. 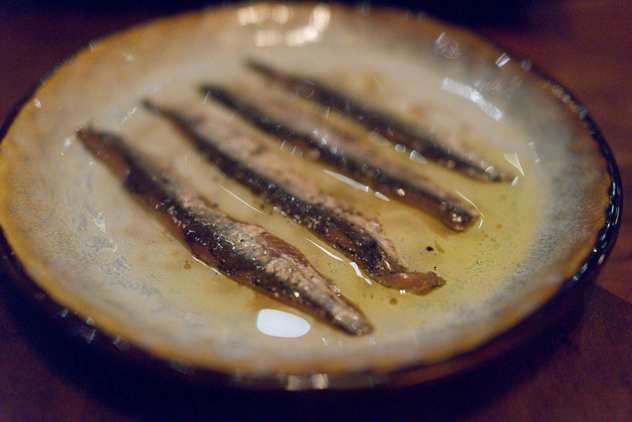 Proof that dynamite does come in small packages. Haters will declaim its overwhelmingly salty character and fishy odour, while supporters will extoll its virtue not only as a delicacy in its own right, but as a wonderful umami-laden flavouring agent for stews, pizzas etc. And really, what would a fresh tuna Niçoise salad be without an anchovy or two to get the party started?

Asparagus seem to feature quite high on the list of acquired tastes, yet you’ll also find that those who see the light tend to become rather evangelical about its merits. (Not being a fan of the glutinous white variety, and having never encountered purple asparagus on local shores, I’ll stick to the green spears for this discussion.) High in fibre and completely fat and cholesterol free, the tricky reputation of green asparagus may stem from the fact that the spears turn quite bitter when overcooked. This delicacy should really be enjoyed in season – the fresher the better. It’s a lovely treat in salads, or steamed and accompanied by salty and creamy foods like eggs and cheese. See also the wonder that is fresh asparagus and pea risotto

No, we’re not talking about a slice of friendly gouda or an accommodating piece of cheddar, we are talking about what I like to call ‘high maintenance’ cheese – their rewards are many, but you need to make some effort to get to know them. We’re referring to hard cheeses like parmesan and gruyère, the boldness of blue cheeses, the smelly delights of a log of fine goat’s milk chêvre… The list is endless. We are very keen to become better acquainted with the French Epoisses cheese in particular, an extrovert of a cheese with a smell so, um, robust that it’s been banned from public transportation.

Of all the herbs available for your seasoning pleasure, few sprigs seem to divide eaters as much as coriander does. Described by members of the can’t-stand-it group as tasting of soap and hailed by devotees for it fresh, clear and cool notes, cilantro puts few people on the bench. (There’s even an ‘I Hate Cilantro’ Facebook page out there.) Scientific studies show that some people may be genetically disposed to dislike this herb, but we at Eat Out are not among them, and so can happily recommend this recipe for avocado and coriander quesadillas. 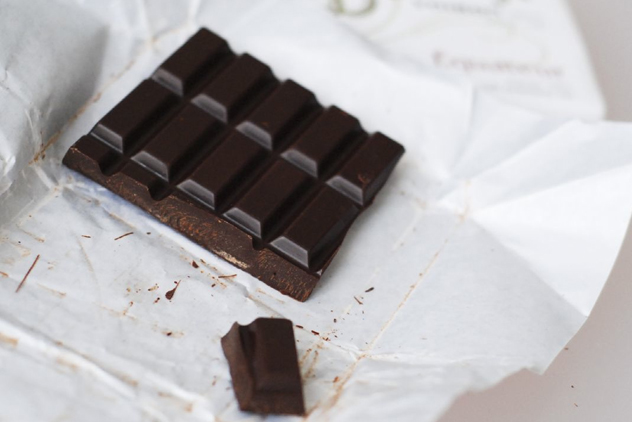 Science has shown that we are born loving sugar (this sneaky substance zings straight towards the pleasure centres in our brain) and hating bitter (the body thinks it signals poison). It’s no wonder, then, that kids always clamour for chocolate; but show them a 70% cocoa slab and they’ll eye you with equal parts distrust and disappointment. Most of us learn to enjoy dark chocolate later in life, when it becomes a subtle but delicious treat. Add to this the fact that chocolate with a high cocoa content is loaded with anti-oxidants, and we’re sold! 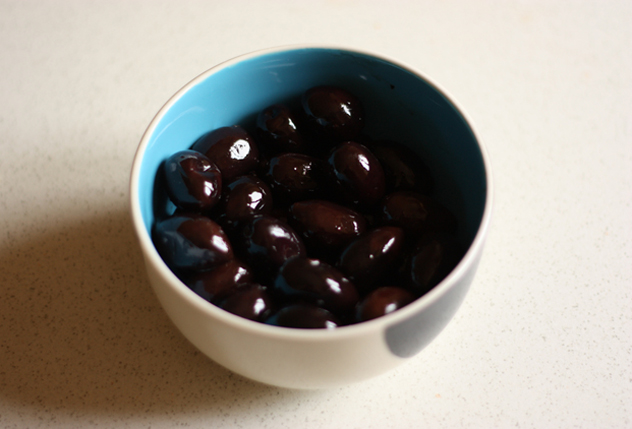 The olive, beloved by many and detested by more, is not a mild-mannered guest. Intensely bitter, it’s also bursting with umami, that mysterious savoury fifth taste. (Interestingly, quite a few of the foods on our list today are loaded with it.) Man has been cultivating olives for close to 6 000 years; you’d think we’d have reached consensus on the merits of this little fruit by now. Yet ask a group of people if they’ll mind olives in the salad or on the pizza and you’re bound to have a raging debate on your hands. Decide for yourself, but only after trying this recipe for pizza with salami, feta and, of course, olives: 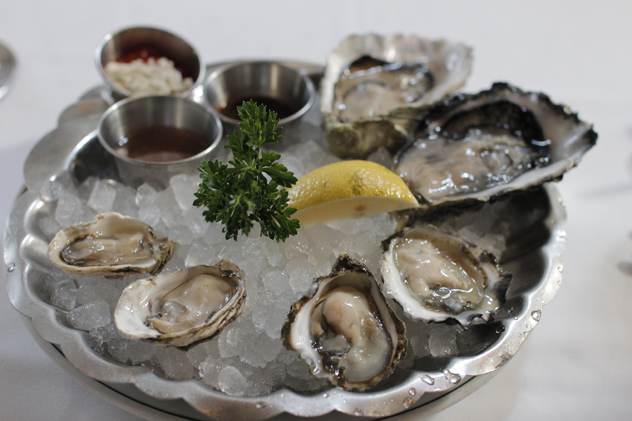 It’s really not hard to see why people are put off by oysters. You have to get past their appearance (greyish and slimy in their shells) and their texture (squishy and, again, slimy) before you get to the good part: the taste, with umami all over the place. And if you’ve ever had a bad oyster, you’ll never want another. However, a freshly cracked oyster anointed with a bit of lemon juice and a crunch of black pepper is a rare and wonderful treat not unlike swallowing a mouthful of fresh ocean air. Add a glass of good bubbly and you’ve got a meal fit for kings.

It’s mostly the idea of slimy raw fish that puts some (misguided) people off sushi. But generally, most who try it once or twice are quickly won over by its charms: the fresh, bracing flavours of pickled ginger and wasabi; the savoury bites of silky fish; and the deliciously chewy, vinegary rice. Do keep in mind, though, that what we know as sushi is generally a Westernized variation of this Japanese cuisine: the California roll is not something you’re likely to find in an authentic Japanese restaurant. Instead you can look forward to the delights of sea eel, octopus, and how about a bite of sea urchin, anyone? 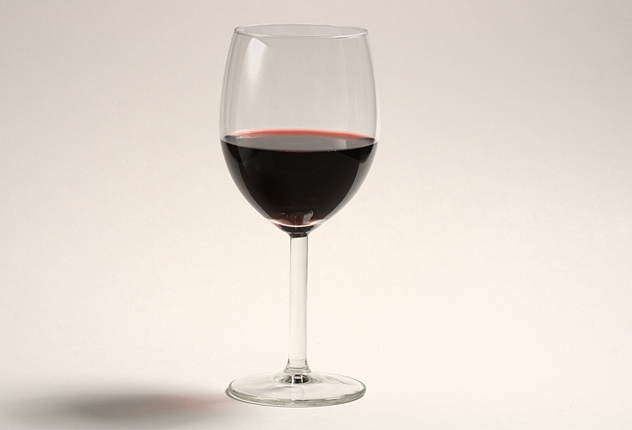 Unless you were something of a wine savant, it was probably some time after your first taste (perhaps a carefully monitored sip of dad’s sauv blanc at the dinner table while in your teens?) that you really developed a taste for this revered beverage. Bearing in mind its alcohol content, it’s probably a good thing that we learn to drink wine later in life, when we can better appreciate the subtle nuances in taste and the immense variety of flavour notes in the bouquet. We’re also fascinated by how older, matured palates are able to appreciate intelligent wines with a complex character, as opposed to cheap and cheerful wines of your youth, for example. As Sir Robert Scott Caywood said: “Compromises are for relationships, not wine.” 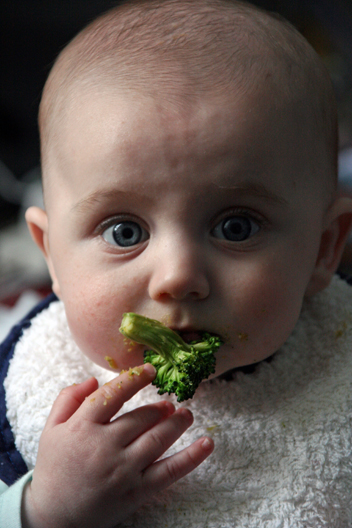 Vegetables of all shapes and sizes

Veggies may be the ultimate in acquired tastes. After all, how many times has the instruction ‘eat your veggies’ echoed through your dinner table memories? A taste for certain vegetables is, without a doubt, something acquired with age, especially since many of them deliver a subtle flavour that’s difficult to enjoy when you’re young. People seem to warm up even later to some foods: artichokes are still somewhat of a divider; many can’t stand the texture of brinjals; others really don’t see the point of Brussels sprouts or members of the brassica family (like broccoli); and you’re as likely to meet one mushroom hater for every other fungi devotee.

Of course, there are plenty of other foods out there that require getting used to. We haven’t even thought about dishes like offal (we prefer not to), spicy foods (they deserve a separate article) and coffee (we’ve heard that it’s an acquired taste, but we take it intravenously, so we might be a tad biased). But perhaps that’s enough for one day. What are some of the foods you’ve found to be acquired tastes? Let us know in the comments.