As a judge on Ultimate Braai Master and chef at Overture and Bertus Basson at Spice Route, Bertus Basson is a busy guy. Now he’s planning to open not one but two new restaurants before the end of this year – one in Stellenbosch, and one at The Ritz in Sea Point. 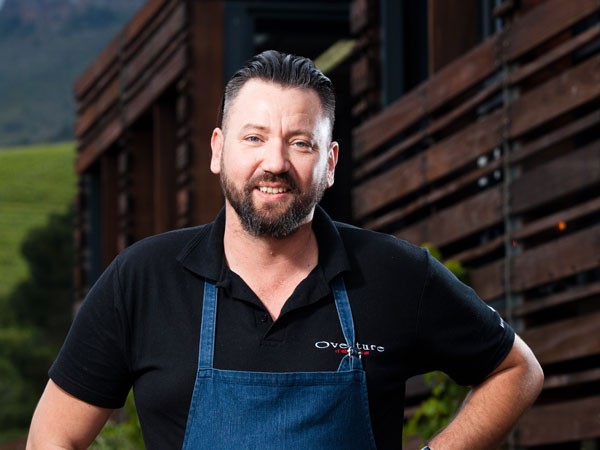 The first will be a tapas-and-wine bar in the heart of Stellenbosch called Spek en Bone, which is set to open in early November. This sounds as if it will be something of a hidden gem, located at a historic site next to the original Stellenbosch market, behind Oom Samie se Winkel.

The Spek en Bone kitchen will be headed up by current Overture sous chef David McDonald, who will serve small, seasonal plates with Bertus’s signature South African flavour. The wine list will consist of bottles from all wine regions of South Africa, showcasing the best the country has to offer. Bertus’s wife, Mareli, will be handling the décor.

As for the restaurant name, the couple’s pets were the inspiration. Explains Bertus, “The restaurant is named after our pig and our puppy, Spek and Bone, who are best friends and are inseparable. They were named after the classic combination of pork and beans. Om vir spek en boontjies te werk also means to work for ordinary food, not for money.”

The second restaurant at The Ritz in Sea Point is still very much in the works, but we can share that the R110 million hotel makeover is being spearheaded by Shimmy Luxury Collection and should be up and running by 1 December 2016, in time for the holiday season. The restaurant will be set in the old Revolving Restaurant space with its sweeping city views, which will be transformed into a stylish eatery with South African-inspired cuisine.

Watch this space for more developments.