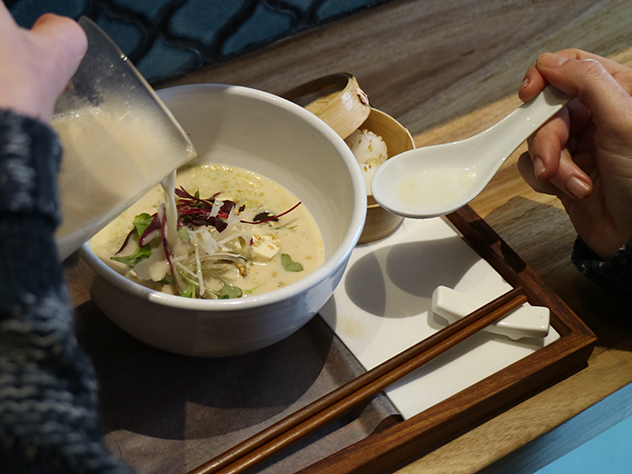 While the trends for bowl food and poké are still flooding our feeds, the owners of The Gin Bar – the secret courtyard bar behind Honest Chocolate – are taking things to wholesome new heights with the opening of Cape Town’s first stand-alone broth bar. 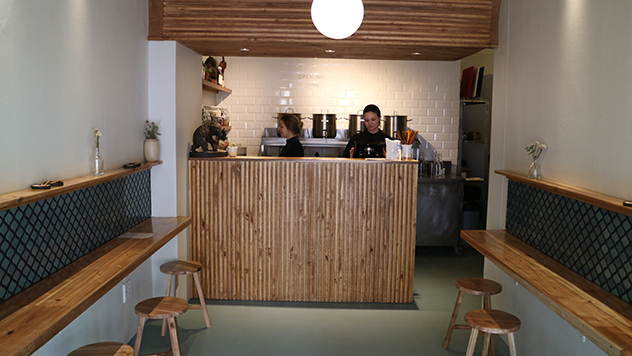 The interior at Marrow. Photo supplied.

Marrow, which quietly opened its doors this week at 83 Loop Street, is inspired by the ancient craft of Asian broth and the rise of bone-broth bars in New York, London and Sydney. The hip bar, which is the brainchild of Jeanne Marais, Dennis Williams, Anthony Gird and Michael de Klerk from The Gin Bar (Anthony and Michael are also the brains behind Honest Chocolate), is now bringing the broth revival to the streets of Cape Town, along with the numerous health benefits of the free-range, grass-fed bone broth – with vegan and pescatarian options also available. 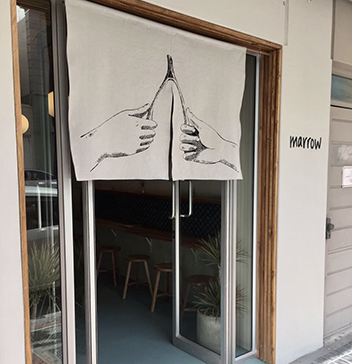 The entrance at Marrow. Photo supplied.

Marrow’s one-pager menu consists of four different flavours that are served as a drinking broth (R30) or in a bowl (R65), with recommended protein and veggies. The broth, which starts off with the bones of grass-fed, pasture-raised animals, is slowly simmered for a minimum of 22 hours to maximise the extraction of nutrient-dense amino acids and minerals, which are beneficial for good gut health, strong joints and an improved immune system.

Options include the clear bone broth with soy, miso and toppings of roasted chicken, chorizo and spring onion; white veggie broth with coconut milk, roasted aubergine and tofu; green dashi broth with steamed angelfish and leeks; or the brown bone broth with red wine and venison. Additions such as a soft-boiled egg or sticky rice balls are also available. 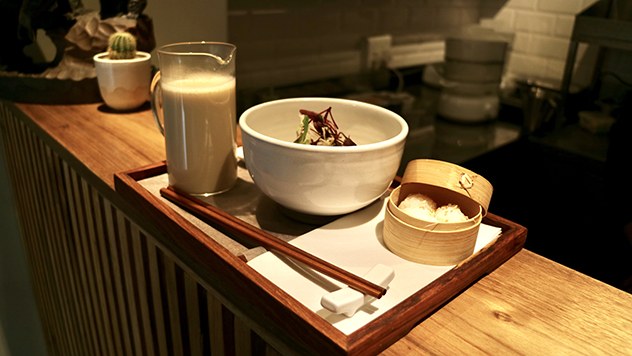 As for the drinks, expect unusual options to pair with your bowl. These include plum shrub, Aceso fire tonic, or honey-lemon tonic, all served with sparkling water.

Marrow is now open for both dining in and takeaways for breakfast and lunch, with a dinner slot coming soon.