Brought to you by Graham Beck

No job is quite like that of a chef. It involves odd and gruelling hours in a pressure-filled environment and constant toil for perfection on a plate, not to mention keeping up with food trends, feedback and the daily struggles of keeping a business going. Running a successful restaurant takes a village, and every village needs a fearless leader – someone who inspires their peers. Which is why this year we’re announcing a new award that will allow SA’s top chefs to honour a fellow chef. 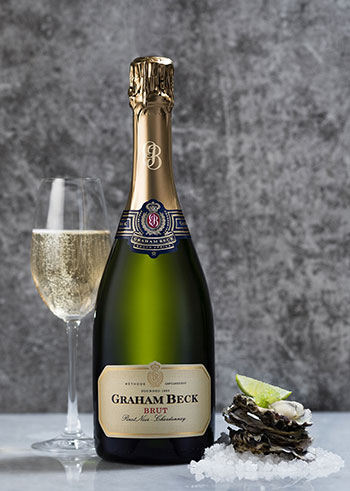 Graham Beck will be sponsoring this brand new award for chefs to nominate their peers. Photo supplied.

The winner of the Eat Out Graham Beck Chefs’ Chef Award will be announced at the Eat Out Mercedes-Benz Restaurant Awards at GrandWest in Cape Town on 19 November. Unlike the recipients of the other awards, the winner will be chosen by their peers: The highest ranking chefs from each of the restaurant nominees will nominate a deserving chef from any restaurant in South Africa, and vote for their champion from the shortlist of top contenders.

It’s fitting that Graham Beck lends its name to this new award, which encourages masters of their craft to acknowledge and uplift each other. Graham Beck places high importance on teamwork: “We believe that our success lies in the sum of our parts. Each member of our team plays an integral role in making us what we are – an internationally recognised and respected family-focused wine brand.”

Nominations from the chefs will kick off once the nominees for the Top 10 are announced, and the winner will be revealed at the Eat Out Mercedes-Benz Restaurant Awards this November. 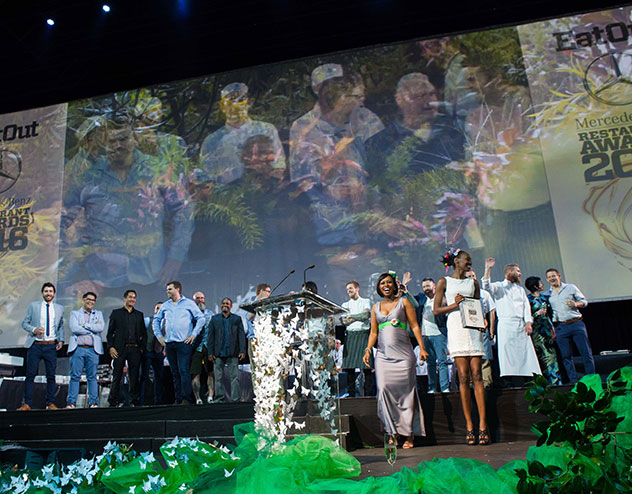 The nominees on stage at the 2016 ceremony. Photo by Jan Ras.