CNN to focus on Cape Town in show later this month

The Mother City is having a good year: in April, Cape Town was voted the top city in the world in Telegraph’s reader-voted Travel Awards, and best food city in the world by Conde Nast Traveler, and will receive another boost later this month, when it’s featured in CNN’s Culinary Journeys series. 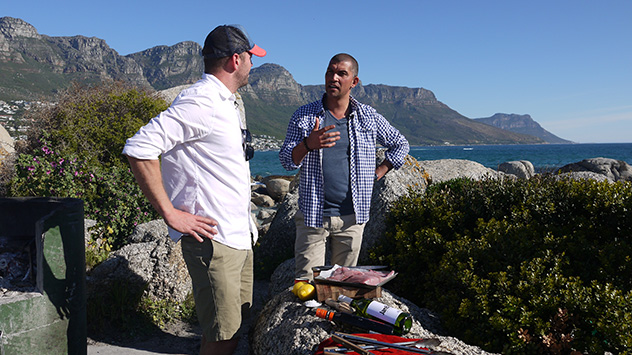 The program follows Reuben Riffel as he travels around Cape Town. Photo supplied.

The show, which will premiere on 20 October at 10.30am on DStv channel 401, is part of a monthly series on CNN that follows a local chef around their city or country. For this episode, the program’s first visit to Africa, the team follows Reuben Riffel (of Reuben at The One&Only, Racine and Reuben’s in Paternoster), as he explores South Africa’s braai heritage. Reuben and the production team visit Mzoli’s for shisa nyama, the Atlas Trading Company in the BoKaap for spices and sweet treats, and food historian Renata Coetzee to learn about the indigenous herbs used by the native people of South Africa. They then round things off in the winelands with a braai. 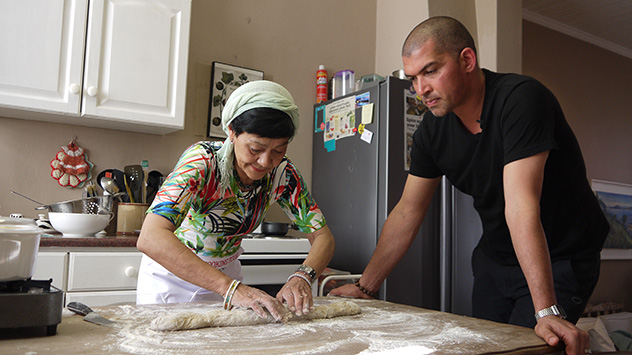 The team visited the Bo-Kaap to pick up some spices and learn to make koesusters. Photo supplied.

Eat Out watched from behind-the-scenes when the team visited The Atlas Trading Company to pick up some spices for the braai. Series producer Gisela Deputato said they hoped to show “how braai brings people together in South Africa”.

Previous episodes have featured pioneer chef of the farm-to-table movement, Alice Waters; Japanese chef Shinobu Namae, whose restaurant is currently number 12 on the World’s 50 Best Restaurants list; and Michael White, the so-called ‘pasta savant’ with a restaurant empire that has earned a total of three Michelin stars. 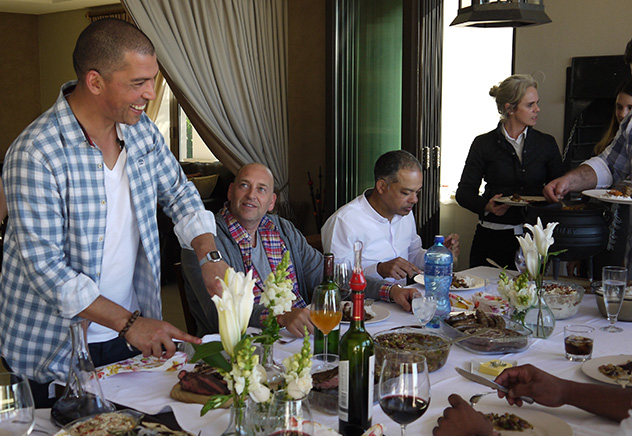 The show ends with a braai in the winelands. Photo supplied.