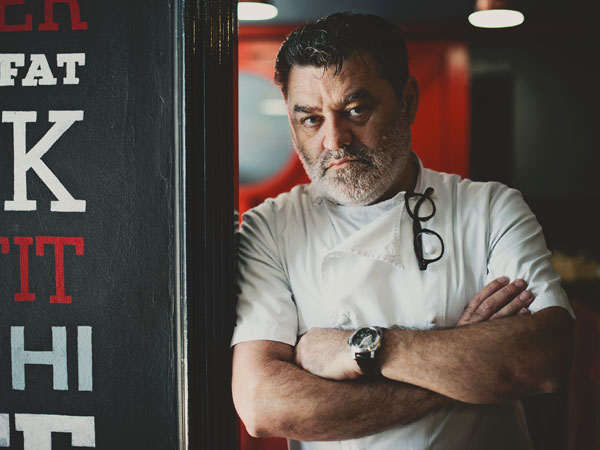 In February, we reported that the formidable team of Liam Tomlin (of Chefs Warehouse) and Neil Jewell (formerly of Bread & Wine) would be joining forces to open a new farm-to-table restaurant in Paarl. Now, the Chefs Warehouse restaurateur has taken to social media to announce that after three months of renovations, opening day has arrived.

The new restaurant, which has taken over the space where Bertus Basson at Spice Route was located, has had a complete overhaul. The latest images reveals a sleek black-tiled kitchen, tons of natural light and al fresco seating, plus spectacular views.

“The kitchen is something else. I feel like a naughty school kid who got everything he ever wanted,” describes Neil, who will take on the lead as head chef at Jewell’s.

What’s on the menu? Expect to see chef Neil at the pass creating plates with a strong focus on farm-to-table cuisine and wine that truly celebrates the produce of the Spice Route farm. This will also include Neil’s famous charcuterie and bread from his wife, Tina Jewell.

The chef, who will be working with an entirely new kitchen brigade, reveals that on opening week guests can expect dishes created from whole lamb, like lamb jelly, lamb tartare, and lamb biltong. Other dishes include rich cauliflower cheese made with Fairview’s Saint Louis cheese; carrot tagine with labneh; Red Angus flat iron steak cooked for 3.5 hours at 100 degrees; and his take on tandoori kingklip. There’ll also be a flourless chocolate tart and a macadamia nut milk panna cotta with ‘green soup’. The menu will be an à la carte concept, but the chef plans to include one new dish a day.

Busy preparing for the opening of Jewell’s.

Jewell’s will be taking a limited number of bookings for the opening period. Stay tuned to Eat Out for more inside info on this new Winelands gem.