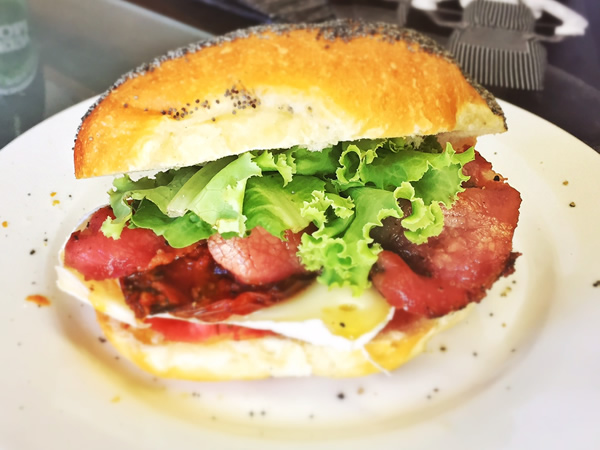 Richard Bosman has answered our prayers – for more bacon; you can never have enough bacon – and will soon open the doors of his new eatery in Cape Town. Bacon on Bree, which is dedicated to these sizzling strips of porky pleasure, is set to welcome its first customers in mid-April.

It’s going to be a daytime spot, open Monday to Saturday from 7am to 5pm, but will open in the evenings for private functions and selected events like the art-scene street takeover, First Thursdays.

Richard says they’re 90% done with finalising the menu, and bacon fans can look forward to offerings like French toast BLT with parmigiano and mustard mayo; an epic-looking grilled cheese with bacon; and the bacon and brie croissant. They’ve applied for a liquor licence and plan to serve beer and wine, but for now it’s Kamili coffee and juices. 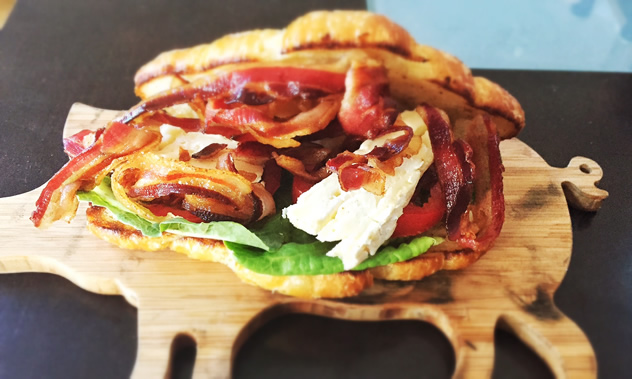 Bacon on Bree. Photo courtesy of the restaurant.

As well as looking after general day-to-day management, Richard’s wife Justine Seymour is behind the décor and interiors at Bacon on Bree. The café is modern and clean, with a bit of an industrial look and feel, and photographs up on the white walls. They’ve had ashwood counters made, and the coffee station is clad in copper.

And why did Richard choose Bree Street? “It’s the most happening street in Cape Town right now; the top end is becoming a hip, trendy food destination. It’s fits our particular concept of an upmarket bacon bar. We serve simple and straightforward food like bacon sandwiches, but they’re made with the highest quality bacon and specially baked bread (by Knead). We want people to eat here every day, not just on special occasions.” 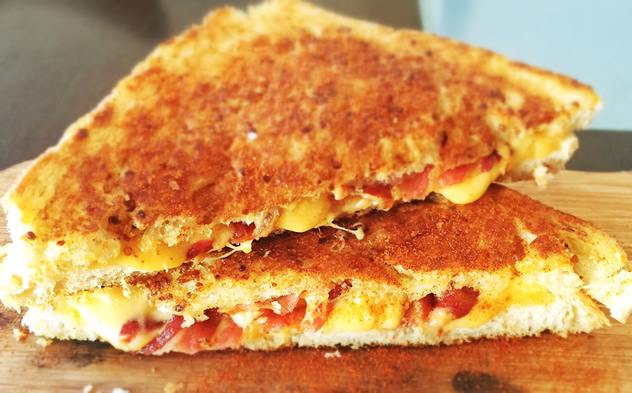 Bacon on Bree. Photo courtesy of the restaurant.

True to its name, Bacon on Bree is not about prosciutto, chorizo or any other cured meats, just the best bacon possible from pigs pasture reared on a farm near Piketberg. Richard is, however, discussing making a salami exclusively for the cheese shop, The Culture Club, that’s due to open next door in the coming months. (Keep your eyes on Eat Out for more news of this venture.)

Richard reveals that he does have plans to open more eateries in the city, but for now we’re got our eyes trained on the top of Bree Street.