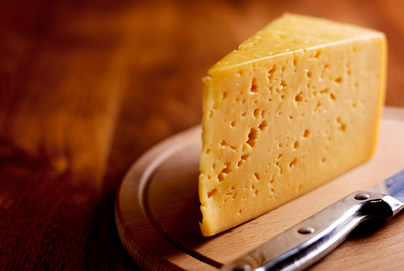 A friend has just returned from a trip to the snowy peaks of Switzerland with a raclette maker. She handed it to me with some traditional cheese that she invited me to sample; I think she had had quite her fill already eating it everyday at the ski chalets for lunch.

I’ve only had raclette once before and that was at La Motte in Franschhoek, where a very large contraption held a semi circle of raclette cheese that melted away. As soon as the top layer was oozing, the hot molten cheese was scraped off onto a pile of baby potatoes. If you don’t eat it quick enough it solidifies. Traditionally, a wheel of cheese is put next a fire and as it melts you snack on it, much like a big cheese fondue. Raclette cheese is nutty, made from grass-fed cow’s milk, and the rind doesn’t need to be trimmed off as it does melt. I have seen it now and again in the stores, but I’m sure a gruyère would work too.

The best thing to eat with this rich treat is something vinegary to cut the fattiness of the cheese, like gherkins and pickled onions. Bread is good too, of course, as well as slices of cured meats.

What we enjoyed about the mini raclette grill lent to me is that it’s small and holds candles underneath, which melt the cheese. You can pick off little bits by yourself as the cheese warms up – the waft of it grilling does get your appetite rather keen – and you don’t have to hang around for a mass of congealed cheese. 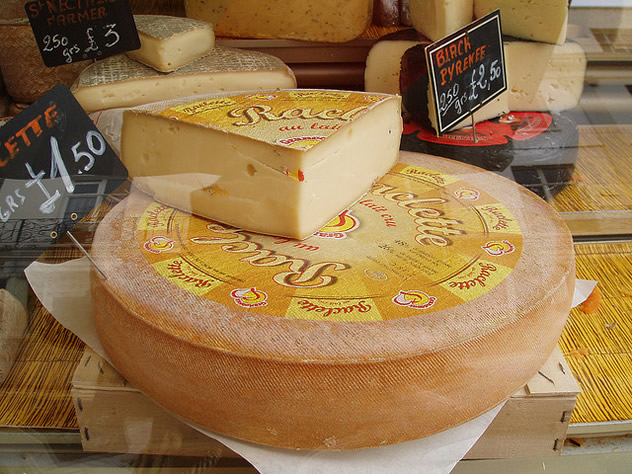 A glass of Gewürztraminer went rather nicely with the new experience, but it’s a one-off kind of meal that you wouldn’t have too often… unless you’re sitting in a log cabin with snow capped mountains around you.