Announced annually at the Eat Out Zonnebloem Produce Awards, the award for best local food blog was voted for by you, the public. The winner will be announced, along with a host of other awards at a special event at the Stellenbosch Slowmarket on 12 April 2014. The voting closed on 24 March 2014.

What are the criteria for best local food blog?

Shortlisted blogs are those that focus mainly on food, whether it’s in the form of recipes, photography, reviews or cooking tips and tricks. The blogs must support food that’s grown nearby or ingredients that are produced locally, and champion the South African food industry. The shortlisted blogs must be beautiful to look at, entertaining to read and regularly updated. Follow @Eat_Out on Twitter and use the hashtags #eatoutproduceawards and #WDC629 (our World Design Capital number).

We open this category of the awards up to public vote for two reasons. Firstly, we want more of our readers to be exposed to the talent that’s out there. That’s why we encourage voters to visit all the shortlisted blogs before choosing the one they think is the best. The shortlisted bloggers are also given a badge to put up on their blogs to notify their fans that they’re in the running. Each one of the shortlisted candidates has what it takes to win this award, but ultimately we want to hear from the fans. Secondly, the nature of a blog is that it’s available to everyone in the farthest corners of the country (and the world), and its passionate and engaged audience is the very thing that keeps it alive. What better way to celebrate this inclusive, accessible way of writing, photographing, cooking and conversing about food than open it up to the public?

Here are the shortlisted finalists: 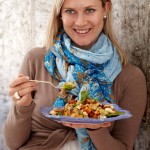 Sarah Graham: A food writer who’s been published in Food24, Getaway and YOU magazine, Sarah has also hosted her own TV series entitled ‘Sarah Graham Cooks Cape Town’. Her first cookbook, bitten, was published in February 2012 and was named as a finalist in the Gourmand International Cookbook Awards, and her second, smitten, is now on shelves. (Follow Sarah on Twitter.) 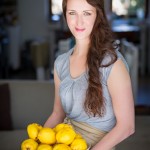 Ilse van der Merwe: Ilse eschews the label of blogger, calling herself a food lover instead. In 2011, she changed career paths from being a music booking agency owner to working in the local food scene. The blog is Ilse’s shop window, leading to great opportunities in the form of recipe development, food writing, reviews, social media content writing and TV cooking. (Follow Ilse on Twitter.) 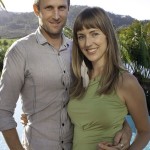 Food with a Story

Carlin Archer and Deni Archer: Food With a Story is a site for consumers who are interested in interesting, ethical and artisan food, and for farmers, manufacturers and retailers to list their products and services. The food blog is linked to the main site. The concept was developed by Carlin Archer and Deni Archer, two people who are passionate about ethically produced food. (Follow Food With a Story on Twitter.) 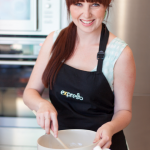 Katelyn Williams: After specialising in food photography, food writing and culinary theatre at the Institute of Culinary Arts, Katelyn became the food editor of Top Billing Magazine and is currently the creative food director for Expresso Breakfast Show. Her blog details the ‘culinary adventures of a food nerd with a sweet tooth’. (Follow Katelyn on Twitter.)

Anél Potgieter: After reaching the final 35 of the first season of MasterChef in 2012 and being inspired by the healing power of zoo biscuits, Anél Potgieter started this blog. Her dishes are packed with flair, flavour and fun, and a touch of traditional comfort food. Winner of the 2013 Eat Out DSTV Food Network Best Local Food Blog and the first season of SABC2 TV show Dinner Divas. (Follow Anel on Twitter.) 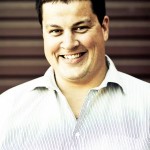 Fritz Brand: On this blog Fritz shares his recipes and ideas to inspire others. He’s not a trained chef, but he talks about techniques, tools, skills and recipes using step-by-step instructions, simple language and lots of photos to illustrate that cooking can be easy and enjoyable. (Follow Fritz on Twitter.) 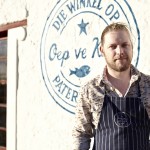 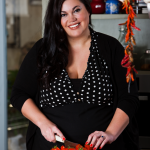 Alida Ryder: Winning titles of Best Food Blog and Best New Blog at the SA Blog awards in 2010 kicked off Alida’s online career. She’s since written two books, Simple & Delicious: Recipes from the Heart (2012) and Cook from the Heart: Food for Every Mood (2013) and now does freelance food styling, food photography and recipe development. (Follow Alida on Twitter.)