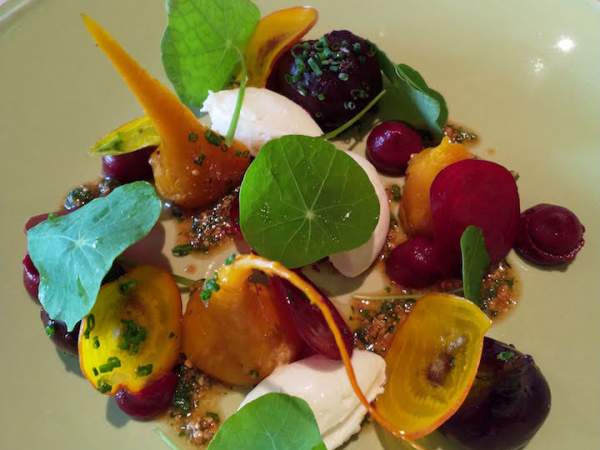 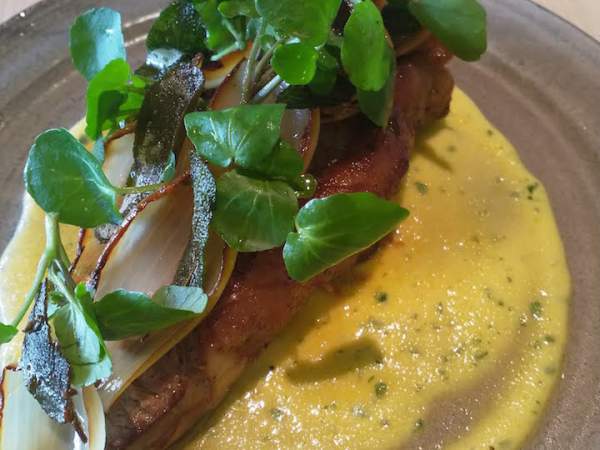 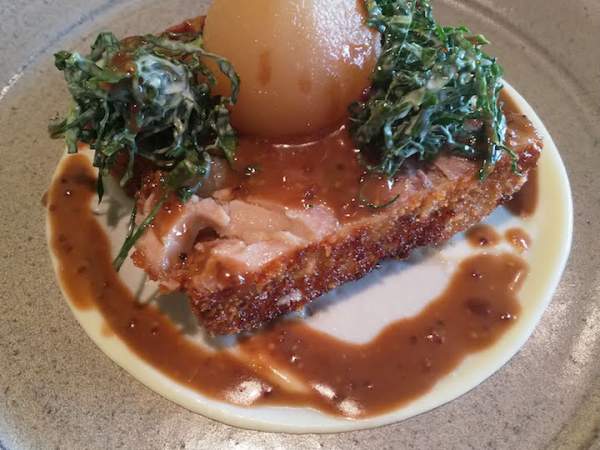 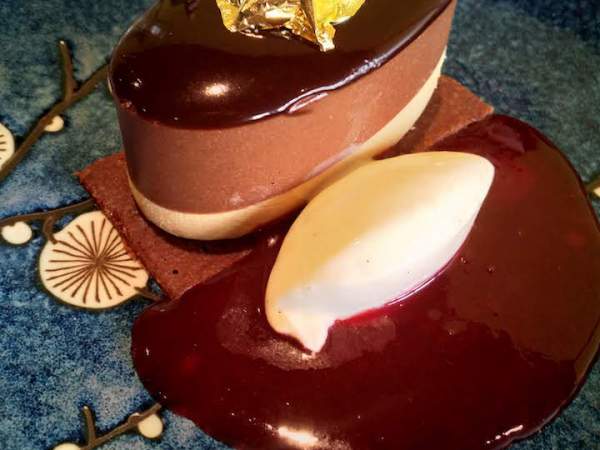 Food
George Jardine is not one for froths and foams. His brand of fine dining is full of hearty, punchy flavours, and there’s no exception here. Fans of the Scottish chef will recognise several of his signature dishes at this new outpost – not least the soufflé (more about that later). David MacDonald heads up the kitchen here, and it seems he’s hit the ground running.

A beautiful plate of jewel-coloured roasted beets with whipped goat’s cheese and almond pesto shows off an eye for plating and makes for a light, tasty beginning. The soy-cured Saldanha Bay sea trout is less pretty but thoroughly intriguing. It forms a thin, khaki disk on the plate and is layered with slivers of aubergine and tosazu – a fermented vinegar that adds a zingy funk to the smoky, well-balanced dish.

Mains are hearty and comforting: an aged piece of Chalmar comes topped with crunchy pearls of charred shallots and crispy sage, and surrounded by a sea of something the menu calls ‘Bearnaise’. It’s unclear what the inverted commas indicate, but the sauce is extraordinarily delicious. A small gripe: the steak is slightly over medium-rare. The braised, pressed and crumbed pork is a similarly rich and filling option for mains, with an inspired white wine-poached pear that balances out the richness.

George Jardine is the soufflé master, so for dessert it’s imperative that you order the mandarin and Grand Marnier soufflé. It arrives with an entourage: a waiter scores a cross on the surface and drops a ball of impossibly creamy vanilla bean ice cream on top. As the ice cream slowly sinks into the hot soufflé, flaming Grand Marnier is poured over the top. One taste of the impossibly light, zesty froth – just set, and crystalising with sugar on the sides – will ruin you for all other puddings.

Though, if you’re a chocolate fan, I concede that the Valrhona chocolate and roasted white chocolate mousse is scrumptious too – particularly the crunchy little biscuit base and the punchy raspberry coulis. It’s as decadent as the gold leaf that sits atop the mousse.

As this is only the restaurant’s second day of opening, one might expect a certain amount of chaos, but the quality of the food is a credit to Brendan, George and the team. There are no missteps; no ill-conceived dishes. Everything is packed with flavour, and though there’s no frippery, froths or foams, there is elegance.

Drinks
Like most new restaurants, Restaurant SEVEN is still awaiting its liquor license. (Join us and the nation’s restaurateurs in sighing audibly in the direction of the folk who seem to take so long to process applications.) Bring your own, for now, at no cost.

Ambience
Unlike the serene Stellenbosch spaces, the décor at this downtown restaurant is at the bright and fun end of the spectrum. A green wall, a yellow wall, and bright graphic wallpaper playing on the number seven suggest something a little less serious. It might well be the right direction to go – after all, this space needs to differentiate itself from the other two George Jardine spots – but for now it jars slightly with the fine dining food and blonde wood tables. Perhaps the space will come together once the walls find some kind of art or other decoration. Toilets are, unfortunately, inside The Avenues mall, so you’ll need to go outside, past the Proof Wine Bar and back into the centre to find them.

Service
There are the occasional moments of hesitation that come with a new menu and team, but considering I dine here on day two, the team puts on an impressively slick show. The courses are well timed, and most importantly, the staff makes us feel special and welcome.

Eat Out critics dine unannounced and pay their way in full. Read our editorial policy here. 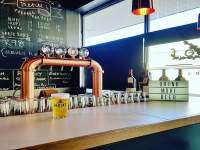 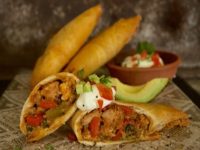 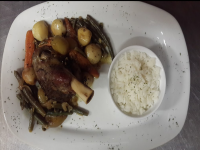 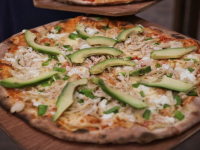