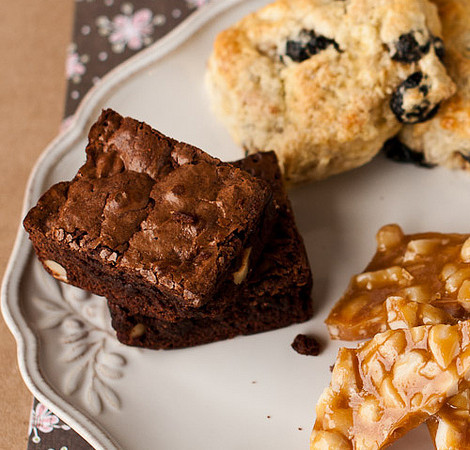 There is a much re-pinned poster on Pinterest that reads: “The other day someone told me that I could make ice cubes with leftover wine. I was confused… what is leftover wine?”

I have two problems with this. Apart from the obvious one – the delusional belief in this fictitious entity – I keep wondering: who are these people drinking only one kind of wine? Or do they perhaps have separate ice trays for separate wines? One for Life from Stone, one for Splattered Toad and another for Noble Savage, perhaps? Surely they’re not icing their chardonnay with frozen chenin?

But I digress. My point is that there are some foods – and drinks – that simply don’t yield leftovers. Bacon is one such food. The smell of it frying has the ability to pull flatmates, fathers, brothers, and Labradors out of the woodwork to thieve ‘spare’ rashers.

Feta cheese is another. I often buy it with a view to putting it in things and onto things, but somehow it always seems to be devoured before it makes it to the dinner table. I’m a hazard at braais and dinner parties too: any salad with feta in my vicinity is destined to become a salad without feta.

At work, I have a bit of a problem with Speckled Eggs. In fact, our whole team has a slight problem with the chocolate-coated jelly treats. When they briefly disappeared from the shelves earlier this year, our copy editor, Linda, launched a full-scale investigation. After much digging, she discovered that they’d gone away to be rebranded. Thankfully they’re now back in store, without any noticeable changes to their flavour profile, and good grammar on Eat Out is once again powered by Mister Sweet.

But my biggest weakness by far – the one thing that can’t enter my house without being destroyed – is Nutella. I’ve bought precisely three jars of Nutella in my lifetime. All three have ended sooner than I would’ve liked, and not one ounce of the glorious ganache made it further than the end of a teaspoon. In fact, towards the end of the last jar, I realised that there weren’t any clean teaspoons left, and I had to resort to using dessert spoons. With this potential tragedy in mind, I’ve put together a handy list of what to do with the spread. And since I don’t believe in the concept of ‘leftover Nutella’, I’ve been more realistic with my labelling.

1.    Ice cakes
As this task requires a knife, not a spoon, it’s a good option. You can also add a little cream to loosen it up a little. Here’s a particularly droolworthy recipe. (Or you could use this recipe, which comes with cute pictures of a bunny.)

2.    Put it into brownies (and add peanut butter)
Salty peanut butter brings out the chocolatey flavour beautifully. Here’s a gooey recipe to get you going. As the title of the blog post suggests, these are not a hard sell. In fact, where can I buy them? Can I get them now? We’re running low on Speckled Eggs. Thanks.

3.    Put it in samoosas
“While making samoosas recently, I ran out of filling,” explains Julievr over at the Family Kitchen. She sprinkles them with vanilla sugar after they’re cooked to create a crispy, sugary crust. Lord.

4.    Make hot chocolate
I almost collapsed when I first tasted the hot chocolate at Melissa’s a few years ago. It seems they smear the spread around the inside of the mug before the hot milk is poured in. Potential pitfall: this is probably best achieved with a teaspoon. If you feel you need instructions, here’s a handy recipe.

7.    Eat it for breakfast
Move over Frosties; here’s a way to start off your day with a real diabetic coma. Apart from hiding it inside French Toast and your rolled up pancakes, you can also add Nutella to porridge, as this blogger demonstrates with her recipe for white chocolate and Nutella oatmeal. “I serve mine drizzled with a bit of cream and agave nectar,” says aforementioned blogger. Naturally.

8.    Make macaroons
We’ve tasted some pretty incredible macaro(o)ns filled with chocolate ganache or butter cream, but we’re open to trying them with Nutella. Again, it’s a good idea to ‘cut the richness’ with a little cream. This recipe also uses cocoa powder for the ganache.

9. Make ice cream
It’s a little cold for ice cream, sure, but the cold weather also means nobody can see the extra padding. Time for some help from Nigella Lawson! Here’s an adaptation of the domestic goddess’s baci ice cream, which calls for Nutella.

10.    Put it into crème brûlée
I see your humble crème brûlée, and raise you a Nutella crème brûlée. Phew. Now I need a little lie down.