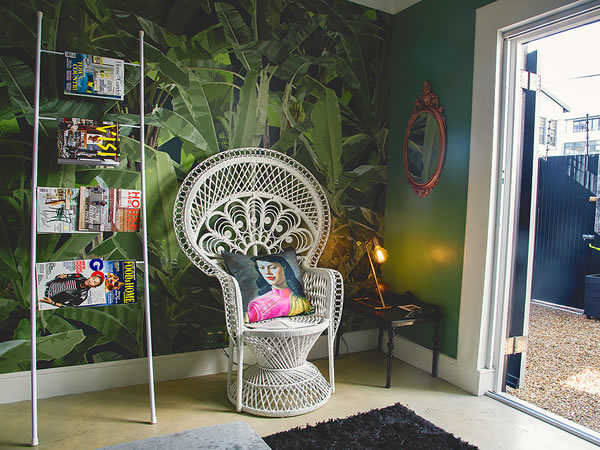 Our next nominee for the 2015 Boschendal Style Awards is Cape Town’s very own dedicated bacon bar. The brainchild of charcuterie master Richard Bosman and his wife, Justine Seymour, this urban-chic spot on the trendy Bree Street strip is inspired by the city and its surroundings. Here’s why Bacon on Bree deserves its nomination.

Inspired by the beautiful old building that houses the restaurant, and the edgy style of the inner-city crowd, Bacon on Bree captures the relaxed, eclectic atmosphere of Cape Town. The design concept was envisioned by Justine, who was restricted to a small budget to work with: “My husband stole most of it for boring kitchen things! So I had to think carefully about where to spend and where to get clever,” she quips. 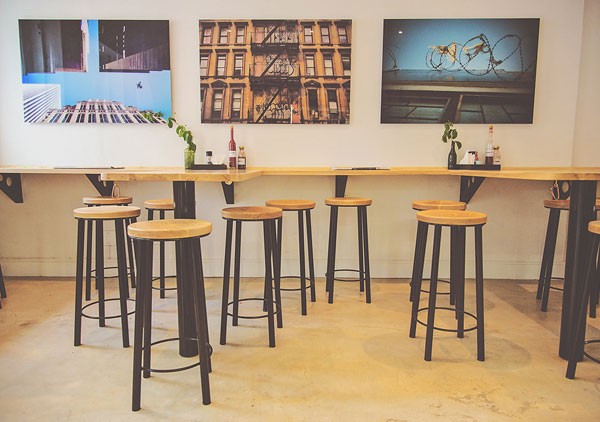 The inspiration for the architecture and interior design was to juxtapose old and contemporary elements. Justine explains, “We had the premises we dreamed of, a gorgeous, nearly 200-year-old cottage (huur-huisie, as they were called in the 1800s) and I wanted to contradict this with an industrial, contemporary and urban feel.”

The process began with a monochromatic black and white canvas. The exterior is painted black so as not to clash or blend in with the yellow and grey neighbouring buildings. The inside walls are painted white and adorned with sleek and modern urban photographs taken by the couple’s photographer friend, Thoban Jappie. Blonde ash-wood counters and stools populate the space and add a sense of comfort and warmth. The woodwork was a collaborative effort crafted by Tinsley Woodcrafters and Dunn Brothers. 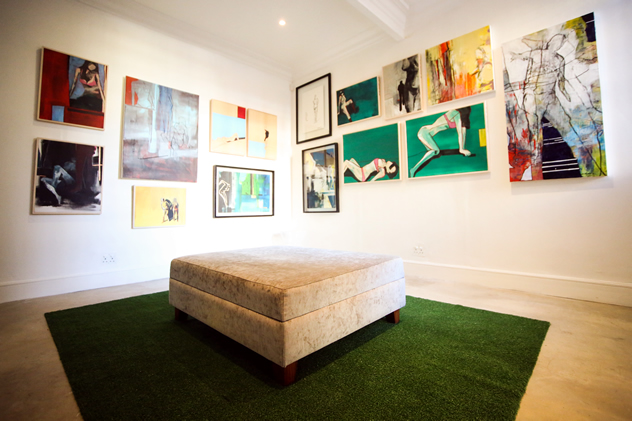 Having a passion for collecting, Justine and Richard curated a few pieces of old copper items from the Milnerton market. Customers sip on coffee from quirky Melvyn Gers mugs on the sunny street-side patio that’s shaded by beautiful fever trees. 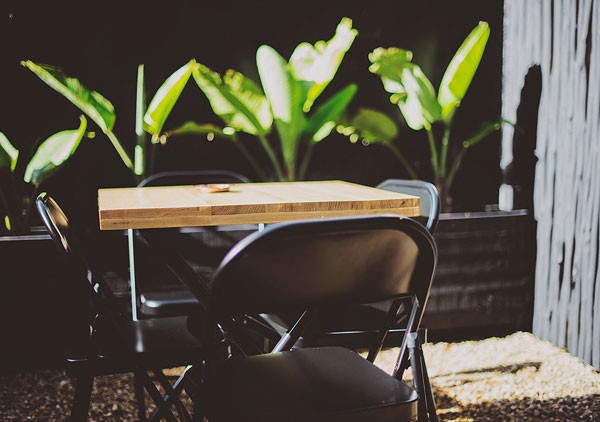 The downstairs reading room boasts a wall of leafy green Robin Sprong wallpaper, contrasted by a rich red Queen-Ann-style couch that Justine found on Gumtree. This room leads out to the peaceful back courtyard, with its liquorice black walls and vibrant banana plants and granadilla vines. Also downstairs is the art room, with an ever-changing array of work on show.

No prizes for guessing that Bacon On Bree is all about local, top quality, pasture-reared bacon. The shelves are packed with take-home items like crackling, bourbon bacon candy, homemade ketchup and taco sauce and, of course, every kind of bacon under the sun. 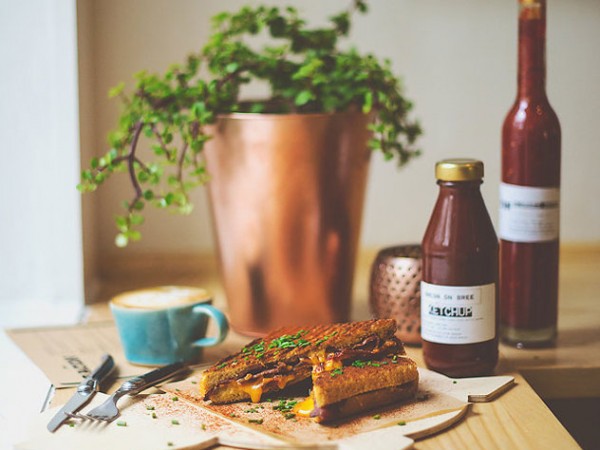 Does Bacon on Bree have what it takes to win the 2015 Boschendal Style Award? We’ll find out at the Eat Out Mercedes-Benz Restaurant Awards in November. Stay tuned to see our other nominees. 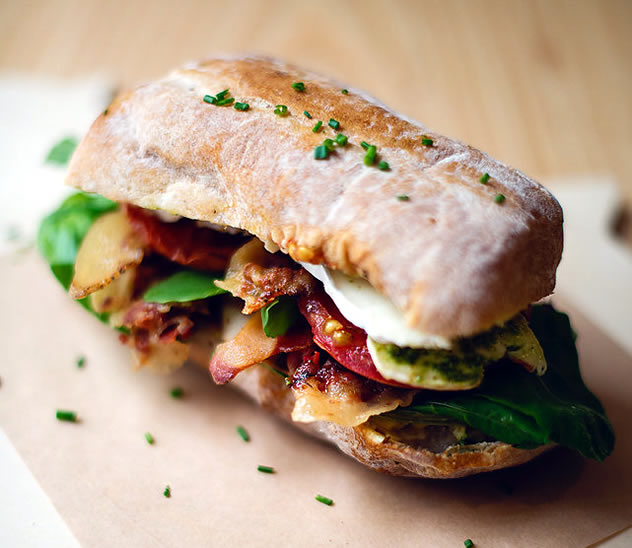