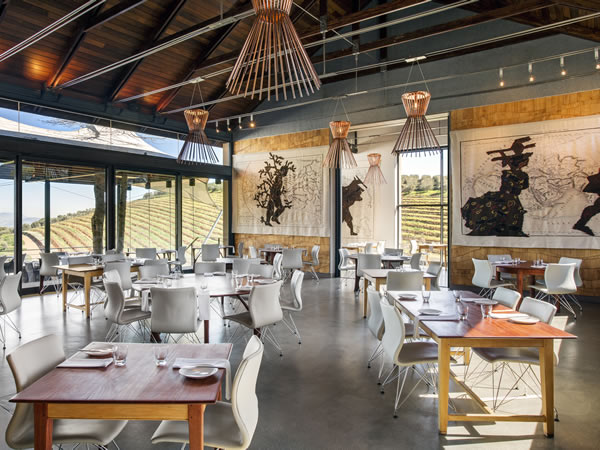 Our next nominee for the 2015 Boschendal Style Awards is the chic Tokara Restaurant in Stellenbosch. This polished space combines modern art and fresh architectural design to create an effortless backdrop. Here’s why Tokara Restaurant deserves its nomination.

Located 400 metres above sea level in the scenic Helsoogte Pass in Stellenbosch sits the stately wine farm, Tokara. Interior designer Samantha Fuchs, from SJF Design, was the creative mind behind the restaurant’s recent transformation, and worked closely with Tokara estate owner, Anne-Marie Ferreira. The new interiors were inspired by the magnificent vineyard surroundings, and the intention was to let the outside landscape flow freely through the interior, creating a stunning sense of light and space. 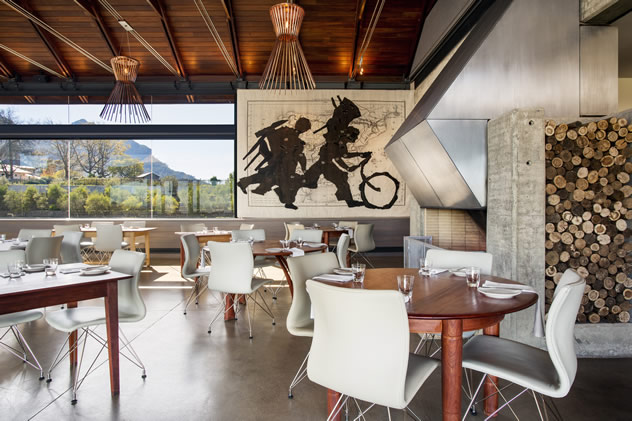 The upmarket interior at Tokara Restaurant. Photo courtesy of the restaurant.

Dramatic views over Stellenbosch and False Bay set the scene for the restaurant. The architecture of the building that houses the winery utilises glass, steel and stone, which give the structure a stylish, albeit industrial feel.

The subtle yet sleek interior revamp has given the restaurant a fresh, modern look ahead of the summer season. Carpets have been replaced with cool, screed floors, while luxurious, cream leather chairs add a touch of elegance. Striking copper light fixtures, fashioned by a local craftsman, hang from the wooden rafters to cast an amber glow on the William Kentridge tapestries that dominate the walls. 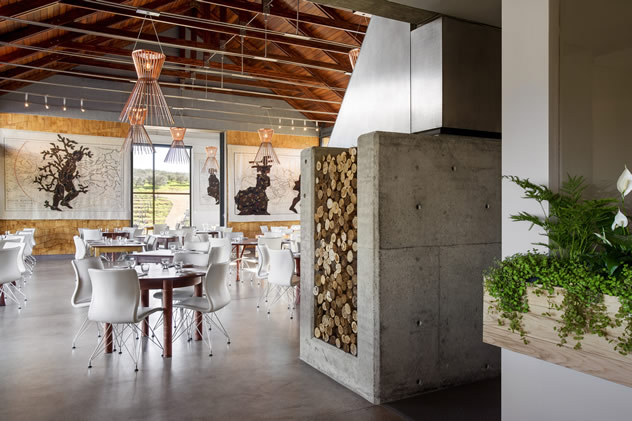 “The idea was to bring freshness and a more modern feeling to the space,” explains owner-operator, Wilhelm Kühn, who says it’s an evolution of the space, rather than a complete overhaul. “We haven’t gone so modern that the space will feel foreign to regular guests.”

The clean, light and modern feel celebrates the vistas outside the restaurant with the views featuring more prominently than with the former “heavier” interior. Explains Samantha, “The changes accentuate the natural splendour of the landscape outside the panoramic windows of the restaurant.”

Does Tokara Restaurant have what it takes to win the 2015 Boschendal Style Award? We’ll reveal the winner at the 2015 Eat Out Mercedes-Benz Restaurant Awards on Sunday 15 November. 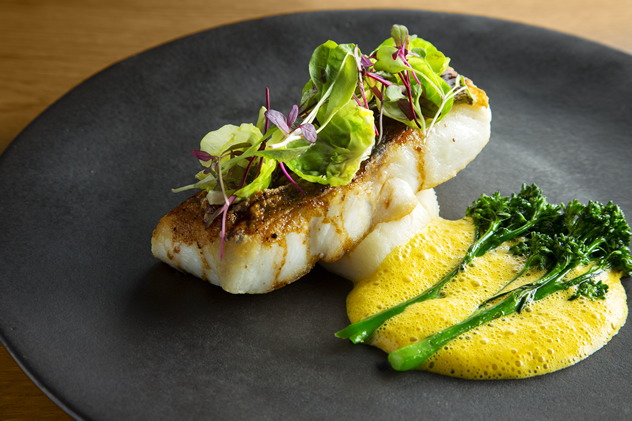 The cuisine at Tokara Restaurant. Photo courtesy of the restaurant.