Our next contender for the 2016 Boschendal Style Award is Mulberry & Prince, the chic New York-style kitchen and bar off Bree Street, Cape Town. Here’s why it deserves its nomination as the most stylish restaurant in SA.

The look: Chic and minimal with a New York feel
The location: Pepper Street, just around the corner from the action on Bree Street
The creatives: Atelier interiors, Kurt Pio and owner-chefs Cynthia Rivera and Cornel Mostert, furniture by Monya Eastman and Pedersen + Lennard 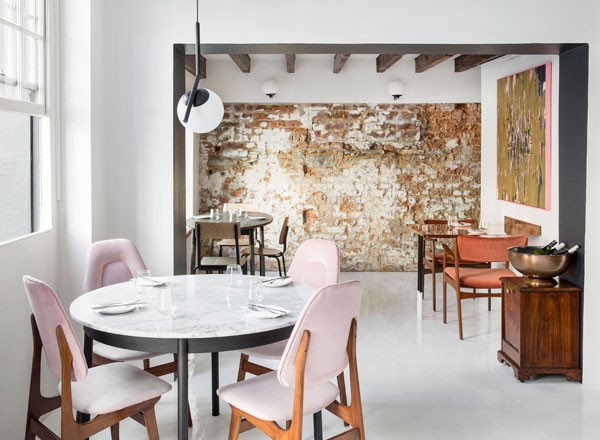 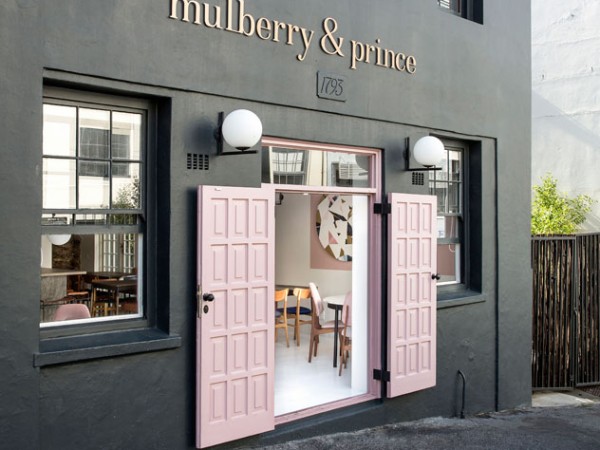 The dusty pink doors that welcome you at Mulberry & Prince. Photo supplied.

Explains Cornel, “we got lucky because the building is a heritage site and upon knocking down the wall we saw the bricks and natural stone that were hidden. We really wanted to showcase the history of this building by adding modern touches to the space. The space is a good balance of old and new; heritage versus modern.” 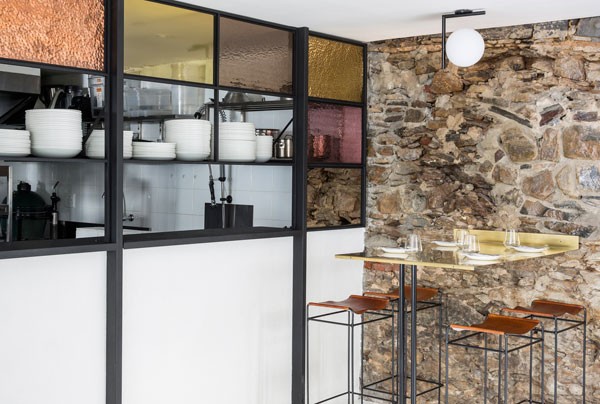 The natural elements with pops of contemporary accents at Mulberry & Prince. Photo supplied.

Natural elements of wood, marble and stone are offset by chic accents such as stained glass, dirty pinks furnishings, lush velvets and an eclectic mix of custom-made and modern furniture by Pedersen + Lennard and Monya Eastman. The fresh, white walls are clad in the works of Kurt Pio’s bold diamond series artwork. 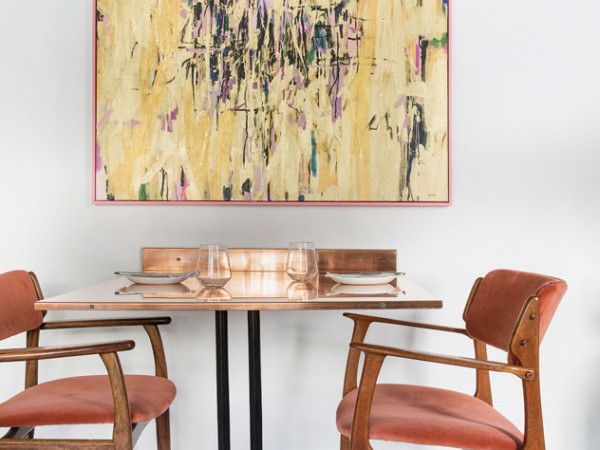 Serving edgy new-American cuisine, Mulberry & Prince focuses on shared feasting with a contemporary twist. Ricotta dumplings with shimeji mushrooms and grana padano has quickly become a signature dish, while other highlights include slow-cooked pork shoulder in brodo or creamy stracciatella with lovage. 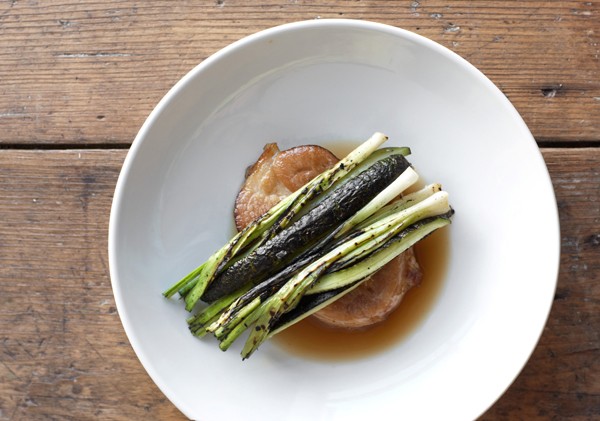 Pork with charred leeks and cucumbers in a brodo at Mulberry & Prince. Photo supplied.

Does Mulberry & Prince have what it takes to win the 2016 Boschendal Style Award? Find out at the Eat Out Mercedes-Benz Restaurant Awards on 20 November 2016. Buy tickets now.