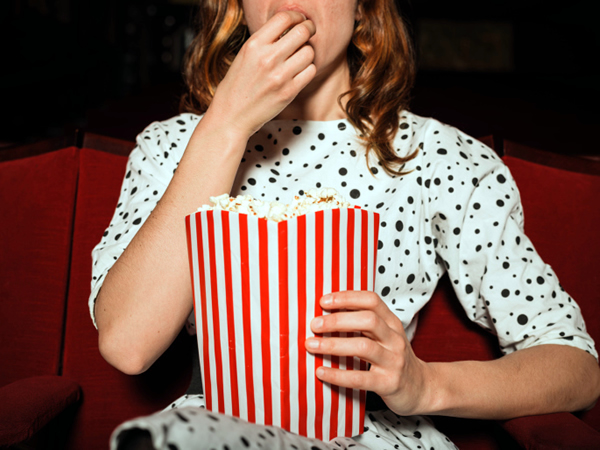 What with the recent release of Burnt and Eat Out editor Abigail Donnelly’s food movie night tonight, we’ve had food movies on the brain lately. Coupled with that, this year, the Eat Out Mercedes-Benz Restaurant Awards will for the first time be announced over Sunday lunch – so we’ve had Sunday roasts on our minds too. Yesterday, we challenged our Twitter followers to come up titles for Sunday lunch movies. Here are some of the thoroughly inspired results.

2. Morgan Freeman shows up just in time and prevents the roast from burning.

3. This is Tom Hanks’s lesser-known role as a rural dairy cow who unwittingly saves all of the cows’ asses.

6. A race of genetically modified stegosaurus-sized pigs threaten to eradicate commercial farming as we know it.

7. Bill Murray and Dan Akroyd must save New York City from a team of rampaging roast chickens.

8. The inspiring tale of one man’s quest to transform a watery broth into a sauce with muscle.

9. A reporter’s quest to understand the reason for the vegetable.

10. This is clearly a film about a food truck.

11. Tom Cruise makes an unlikely comeback in an animated film about an incredibly difficult recipe.

Dial M for Mayonaise, No Turkey for Old Men, The Wizard of Cos, Jurassic Pork, Rasherbacon, A Chocolate Orange #SundayLunchMovies

13. When Simba’s father passes away, the job of running the butchery falls to him.

16. A coming-of-age drama that sees Daniel Radcliffe learn to cook with a magical three-legged pot.

17. Stuck in the fifties, Marty McFly abandons attempts to fix his time machine and instead eats his feelings.

18. A scatological comedy about a man who is mistaken for the braai master and handed the tongs.

19. Nia Vardalos is overwhelmed by her Banting breakfast.

22. Natalie Portman fights to save the world from tofu.

24. After divorce parts her from her beloved gravy boat, one woman finds solace in Jamaica.

How Sarah Got her gravy Back #SundayLunchMovies

25. An epic journey beset by perils that ends in triumph for its hungry everyman hero.

Lord of the Onion Rings #SundayLunchMovies

26. This is a film about the French wine region Bordeaux.

Planet of the Grapes #SundayLunchMovies

Get Him to the Greek Salad #SundayLunchMovies