America is a vast country, which really needs to be experienced first-hand to understand its sheer size and magnitude. Eat Out critic Hennie Fisher had a chance to taste his way through some of the United States on a recent trip to Washington, New York City, New Orleans, Miami – and a town called Blacksburg in the Virginia countryside. Here are six of the food trends he spotted along the way. 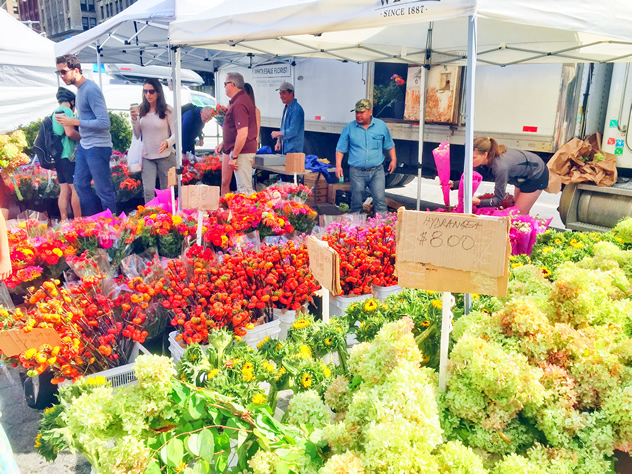 A flower market in the USA.

1. Jerusalem artichoke linguine (and every other health food imaginable)

Even though the whole food movement, which focuses intensely on the origins, production and apparent healthiness of food, has been around for a while now, it seems to enjoy a sustained growth in America. Many American people seem to be obsessed with eating healthily, even though this is a vague concept on which few academics have reached agreement. 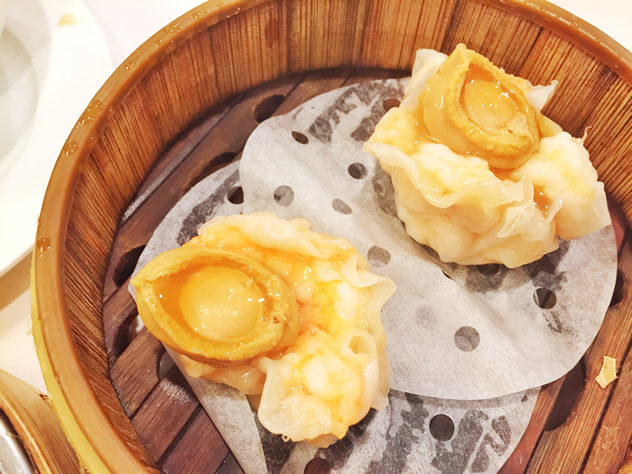 What no one disagrees about is that America is facing one of the biggest health crises ever, thanks to diet. Large grocery stores have huge sections dedicated to ‘healthy’ food selling every possible health food trend and fad – organically sourced, sustainably reared, low/no sodium, gluten free, wheat free, whole fruit etc. 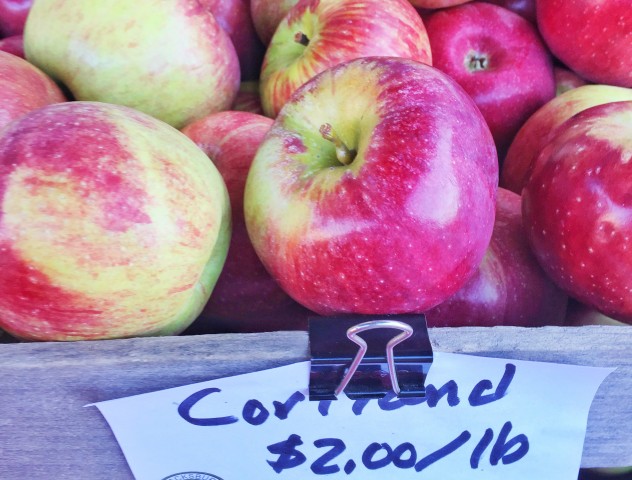 Items such as linguini made from Jerusalem artichoke flour (that should speak to banting or low-carb followers in South Africa), are all the rage. Even fast food places have jumped on the bandwagon, and you see an increasing number of gourmet fast food outlets. 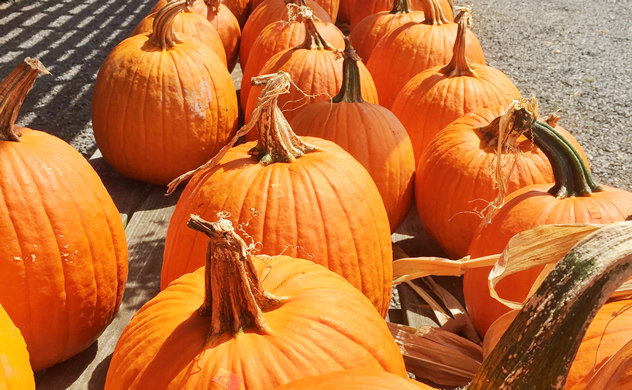 Pumpkins, ripe and ready to go.

NYC restaurant Reviver advertises the fact that they employed a nutritionist to assist in the development of their menu. (Think mahi-mahi fish served on blue corn tacos, and Moroccan grilled tofu with roasted onions, garbanzo, cannellini beans and red quinoa). Fields Good Chicken use only antibiotic-free birds for their gourmet salads and bowls – think kale, maple chipotle sauce and tamari or miso dressings – and at EXKi, a chain which started in Belgium, you will find salads, wraps and tartines made only with organic ingredients (kale, quinoa, all-natural smoked turkey and celery leaves are also abundant).

On the other side of the whole food and healthy eating movement is the ramen noodle catastrophe, or what we know as two-minute noodles in South Africa. It may be too late to bring to the attention of the general public the negative impact of these noodles, which contribute very little in terms of real nourishment. They are now so much part of everyday food in the USA that one can order a ramen burger in which the noodles are shaped into a little patty and fried to replace the buns.

3. Tea is the hottest beverage

Riding on the wave of all things ‘healthy’, tea shops are opening up at an unprecedented rate in America. These are places where savouring tea is elevated to an art form, where you can find all the paraphernalia for brewing the best cuppa, and where trained tea specialists congregate to honour this age-old tradition. Even Starbucks – synonymous with coffee throughout the world – has opened tea-only franchises. All tea lovers will commiserate with Maggie’s Smith character in the film Second Best Marigold Hotel where she gives precise instructions on brewing a perfect cup – because most people seem utterly unable to do so.

Raw fish is all the rage in America at the moment. While some of the trend may be rooted in the Cuban, Peruvian and Chilean cultures that have influenced the southern states of America (see point 5), there is an array of dishes ranging from ceviches and tartares to crudos (fish or shellfish cooked through the use of acid and not treated to heat) on many restaurant menus. Fast food restaurants have also cottoned on to this concept, where produce is handled minimally and fish is treated with the respect it deserves. You can now create your own temaki (sushi hand-roll) filled with any combination of seafood and accompaniments. 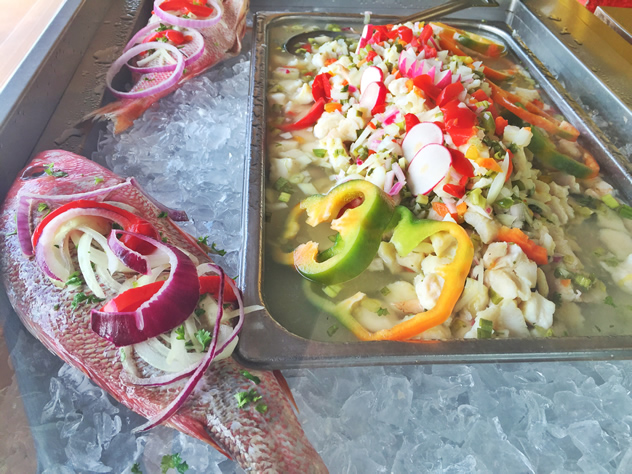 Americans appear to have a great willingness to embrace and adopt a range of culture-specific foods, partaking with relish and enthusiasm. The variety includes scores of Peruvian restaurants and markets; many Cuban restaurants, some selling the most delicious peanut butter bar, almost like a slab of fudge made entirely from peanut butter, called mani; Chilean restaurants; and lots of establishments selling Korean and Filipino food. I had the good fortune to visit a 600-seater New York Chinese restaurant while a traditional Chinese mid-autumn harvest festival procession was in progress, with all the colour, noise and smells, and, of course, table upon table draped in red cloths and set with everything from a whole roast lacquered pig to a chicken complete with comb and decorations. 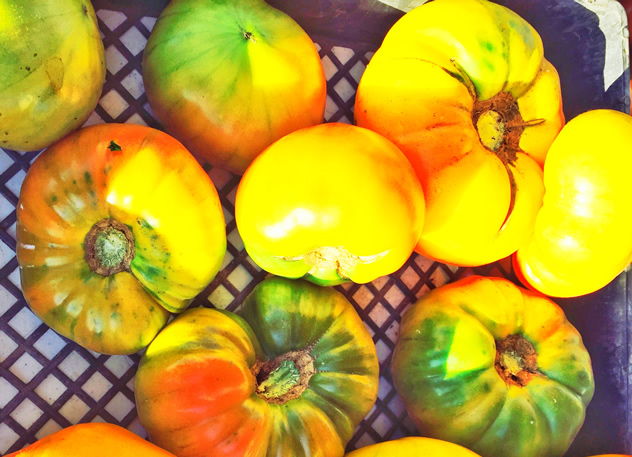 Yellow tomatoes in a crate.

Specialised baked items also seem to be continually undergoing reinvention. Themed burgers are the order of the day, like Burger King selling Halloween-themed burgers with black burger buns flavoured with A1 sauce. Bagels are continuously changed and given a new coat; imagine a bagel where the inside is a multitude of neon-bright colours. Even pizzas do not escape innovation: pizza pinwheels are all the rage, where the pizza base is covered with your favourite toppings and then rolled up like a Swiss roll, cut across like a bun and then baked.

Have you visited America recently and noticed any other crazy or cool trends? Let us know in the comments section.