Amaretti-custard cronuts and other Italian delights 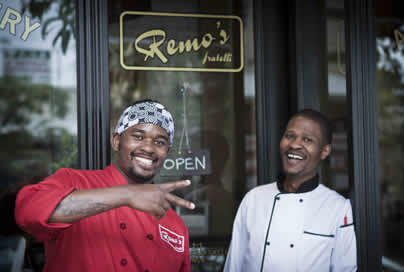 What impressed me and really stood out at May’s Good Food and Wine Show held at Cape Town’s Convention Centre (where members of the team met the Two Greedy Italians Gennaro Contaldo and Antonio Carluccio) was the Fratelli stand. I was super glad when I heard that they’d won a gold award for the best-looking stand at the show.

There I met Renzo Scribante, the charming owner of the business, which also includes Remo’s restaurant in Durban and a brand new one in Johannesburg. He sheepishly reminded me of a not-so-nice email that he once sent me that had something to do with the inclusion of the listing in the magazine… Anyway, we’re over that now and enjoyed a very good cup of dolce vita coffee together.

Speaking of the magazine, though, the Eat Out team and our panel of esteemed reviewers is working hard at reviewing the brand-new Eat Out 500, the list of top restaurants in South Africa. They will be revealed in the 2015 issue of Eat Out magazine, which will hit shelves in November after our annual Eat Out Restaurant Awards. 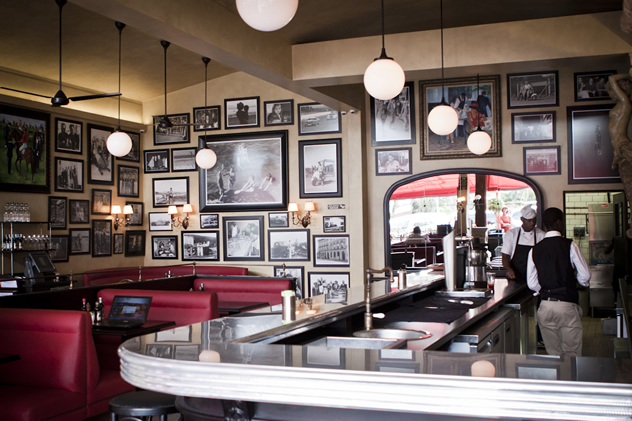 Whilst in Johannesburg this past weekend, I went in search of the new Remo’s Maximilliano. After eventually finding it at the new Waterfall Corner Mall further down the Kyalami side (there are two Maxwell and Woodmead Drives and both have shopping centres on each corner), I see that Remo’s has a new Life Grand Café and Beluga for neighbours. It’s a good-looking restaurant with high-volume ceilings that also incorporates a bakery.

Everything is made on site and the stylish deli stocks great artisanal beer, nougat, chocolates, cheeses, charcuterie and most things Italian. The food was great, the fire was warm and the cronuts oozed Amaretti custard.