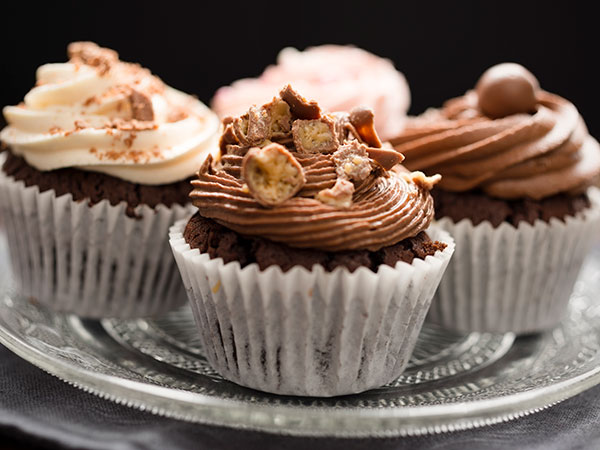 Finding it tough to stick to your healthy-eating New Year’s resolution? What if you could just retrain your brain to stop craving doughnuts?

Psychologists at the University of Exeter in the UK have proved that by spending less than 10 minutes a day playing a game that retrains the brain, people can lose weight.

The game is based on research that has shown that unhealthy food choices are often caused by their effect on the brain’s reward system. The game works by making the user choose between healthy and unhealthy foods to score points in a relatively simple reconditioning exercise.

Called Food Trainer, the free app is being launched this week for Android, and scientists are running a crowd-funding campaign to develop it for iPhone. 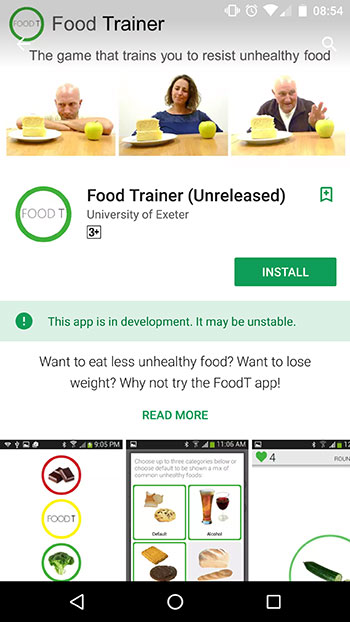 In a study of 83 adults, researchers showed that those who played at least four times in one week lost weight and ate, on average, 220 calories less per day (the same amount, roughly, as an iced doughnut).

One participant told the Telegraph that she had lost over 12 kilograms already, and that she has stopped craving high-calorie foods. “These days if I’m feeling peckish, I’ll go for a banana or a pack of almonds. That’s the food I’m craving.”

Upon downloading the app, the user is asked to choose three types of food or drink they would like to consume less of. (No, broccoli is not an option.) To play, you must tap on the healthy food item surrounded by a green circle. (Unhealthy items are circled in red). Users are also being asked to divulge basic information about themselves, which will be sent anonymously to researchers at the University to contribute to the ongoing research.

Giving it a bash? Let us know how you get on!