Dunkin’ is at it again. And by ‘it’ we mean intriguing us with more obfuscation. At the beginning of September we reported catching a glimpse of what seemed to be South Africa and Cape Town’s first Dunkin’ Donuts branch, located near N1 City in Goodwood. Now Dunkin’ is changing the game again by putting the ball in our hands.

They’ve launched a campaign that supposedly puts Capetonians in charge of when the first store will open, which involves a 10-Day challenge, each with a goal. With each day the goal is reached, the Dunkin’ opening moves a day closer from the end of October. This Choose Your Own Adventure-style of launching seems a bit strange to us, but Rozanna Kader, marketing and communications director at Grand Foods, explains: “At Dunkin’ Donuts we offer a unique experience, and to demonstrate just how unique, we’re giving on-the-go South Africans the power to decide our launch date”.

In aid of their cause (and doughnut diners who need to be kept abreast of the cataclysmic event), Dunkin’ has launched Twitter and Instagram accounts, in addition to their website that features a handy countdown clock to their launch date. Today’s challenge? Sign up. Dunkin’ will then email you every day to inform you of the day’s challenge, which is set to include “fun, on-the-ground activations and social media challenges”.

Like sprinkles through an hourglass, these are the Dunkin’ Donuts challenges of our lives. Be 1 of 500 peeps to sign up (link in bio) and bring the launch sooner. The Dunkin’ Donuts launch is literally in your hands. #DunkinSA

As to which store will get the honour of being the first in SA? We’re betting on what appears to be the fully furnished store in Goodwood, but we’re told that the store opposite Kauai in Canal Walk has a horse in the race too. 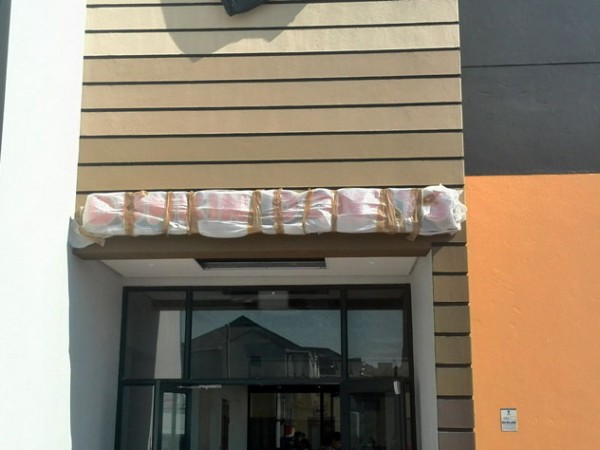 Whichever it is; all eyes are on you, Cape Town. Get us those doughnuts.