Eating your way through Vancouver: a foodie snapshot 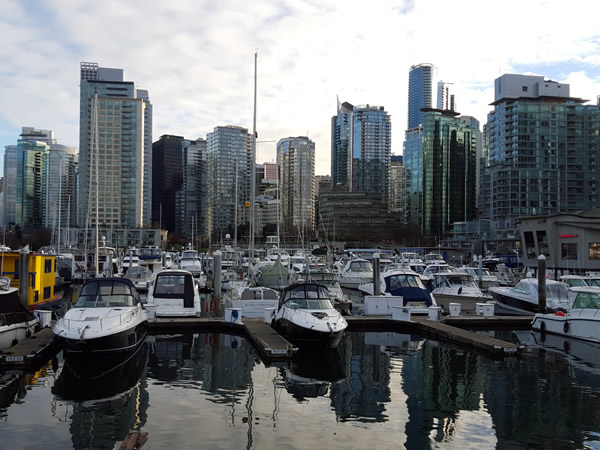 While Canada might not immediately come to mind as a culinary destination, Vancouver’s foodie scene has many similarities to Cape Town: the diverse city is rich with outstanding fresh seafood, traditional cuisine, hip dive bars and quirky local favourites. With a lot of ground to cover, Eat Out writer Nikita Buxton dons her winter woollies and head off to the chilly Vancouver metropolis to sample some of the popular eats the city has to offer. This is her must-eat guide for the shiny city – poutine, brunch and seafood-infused cocktails included.

Troll’s Restaurant is quite a legacy in the British Columbia area. The dockside restaurant in Horseshoe Bay is panelled in wood, with leather booth seating and bottomless filter coffee to add a welcoming diner feel. Here we tuck into a huge portion of battered cod and fries. The white fleshy fish is fall-apart tender, encased in the crunchiest golden batter. The chips aren’t quite the same as South African slap tjips but they hit the spot with a dousing of vinegar and tartar sauce. 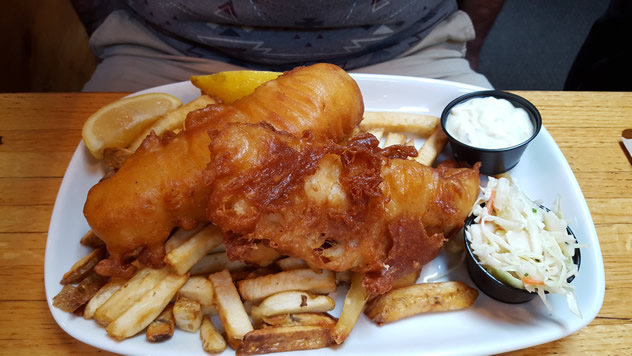 Bowen Island is a magical little spot just a 20 minute ferry from Vancouver. The quaint hippyesque island is dotted with yoga retreats, sweater stores and cosy cafés. Artisan Eats Boulangerie sits in a quaint shopping village with snow-topped roofs. A fireplace defrosts our chilly bones as we sip hot coffee and tuck into smoked-salmon-and-leek quiche – the best I’ve ever had – and homemade sausage roll with spicy relish. 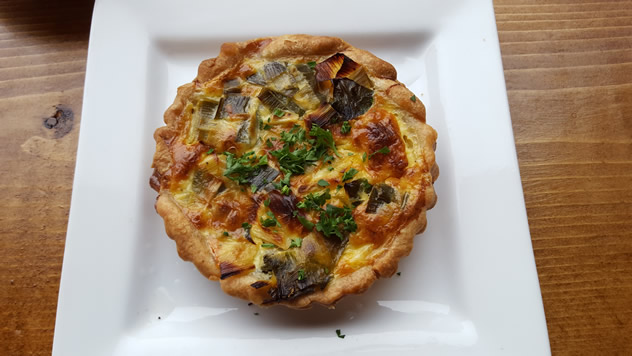 For a quick snack before our Canucks ice-hockey game, we cosy up in a buzzing SkyTrain station pub. Vancouver train stations are not what we’re used to. These are packed with hip takeaway spots, cinemas and vibey pubs that are perfect for a good glass of wine and a craft beer. The Hub is situated in New West station and is famous for plating up generous slices of thick-cut, warm beer bread topped with a layer of melted cheese and bacon jam for dunking – perfect for lining the stomach before sipping Budweisers at Rogers Arena. 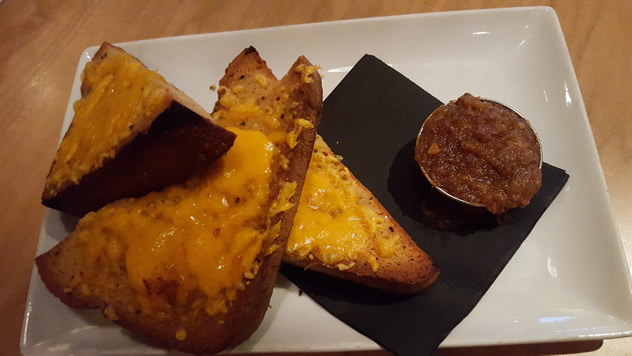 The beautiful Thierry Chocolaterie is located in sparkly Downtown Vancouver and reminded me of New York. A little sustenance before (window) shopping at Versace is definitely needed. We take our place in a short queue and browse the glass display counters filled with pastries and chocolates. A sweet custardy canelé is the perfect accompaniment to a large takeaway cup of their cinnamony chai tea.

This is a foodie’s dream. Situated on its own dock, the market is packed with stalls and shops offering ready-made bites and fresh produce. We sit next to the swishing icy water as seagulls the size of lap-dogs fly over our heads, and tuck into a plate of hot pierogis filled with cheese. After stuffing our faces, we head up to the Sand Bar for a drink and a plate of spicy calamari (yes, more food) before we hop on our water taxi home. 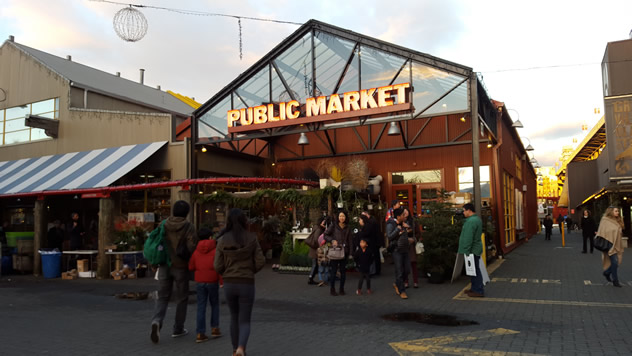 A brisk early morning stroll on the New Westminster boardwalk is not complete without a fresh breakfast at Old Crow Coffee. If I could compare New West to any local area, it would be Woodstock. A culturally rich area that is going through it’s own urban revival and this hip hole in the wall reminded me of back home. They serve up damn good coffee and healthy brekkie options like hummus and cucumber on toast lifted with a sprinkle of chilli flakes and lemon. 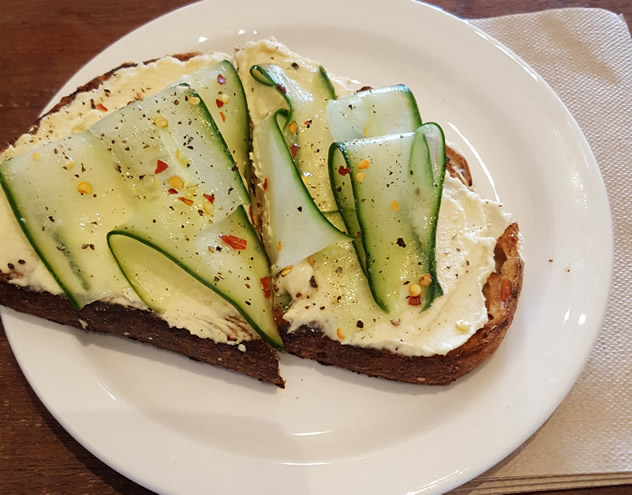 Brunching is a big thing in Vancouver and nearly every restaurant has a menu dedicated to the task. The options are hearty and wide-ranging, including good ol’ eggs Benny, breakfast burgers and savoury waffles. Sugar-dusted doughnuts at trendy Wildebeest were a personal favourite, complete with a drizzle of salted caramel. 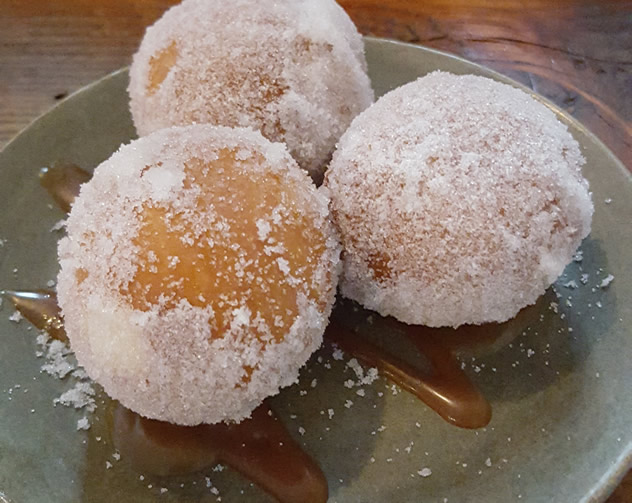 Hand in hand with brunch goes a Canadian specialty cocktail called a Caesar. This gloriously spicy drink is a souped-up Bloody Mary containing Clamato juice, a mix of clam broth and tomato cocktail. This may sound slightly odd, but it’s one of the best cocktails I’ve ever had – the fiery kick of Tobasco mixed with the umami seafood flavour is the ultimate hangover cure. These cocktails are served with lots of ice and garnishes of celery, pickled jalapeños, bacon, salami or even entire burgers on toothpicks. 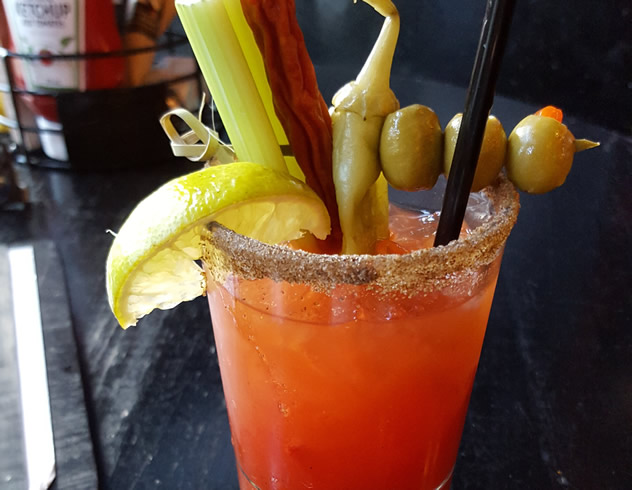 For good ramen, just take a stroll down Robson Street, where nearly every second restaurant is a funky pho spot or a cosy ramen hideout. We duck into one that didn’t have too much of a queue and are welcomed by the warm smell of spicy broths and teriyaki. DonburiYa cures our craving with its giant bowls of umami soups swimming with corn, silken noodles, spicy chicken and perfectly boiled eggs. 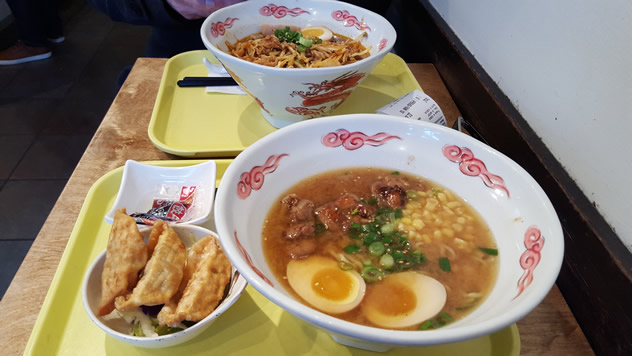 Re-Up BBQ takeaway hatch in the River Market food court is where I have my first encounter with poutine, arguably the most famous Canadian dish. I’m sold from the very first mouthful: a small silver bowl is filled with crisp yet soft golden French fries, doused in rich brown gravy and topped off with tangy, melting morsels of cheese curds. Heavenly, but not for the faint-hearted. 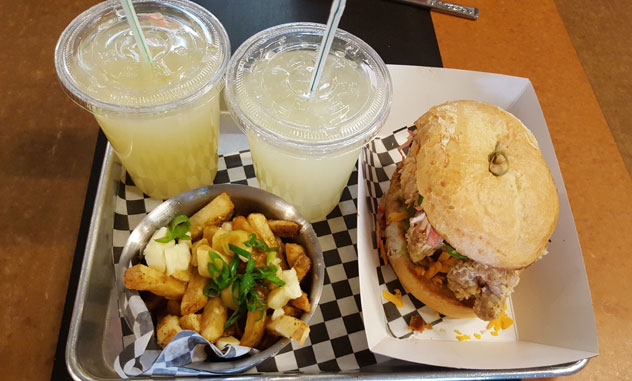 Gourmet pub grub at The Pint in Gastown 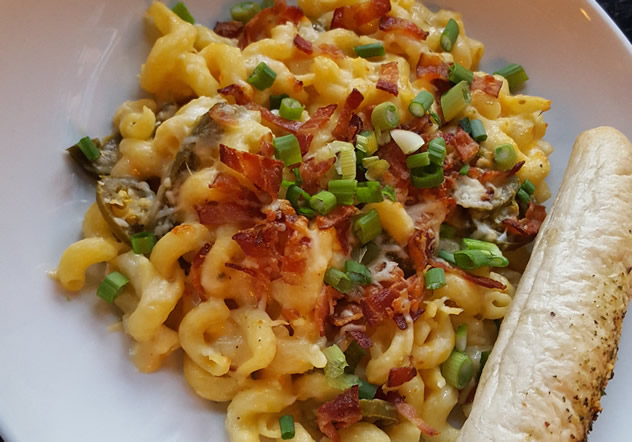 From Japanese hot dogs and shwarmas to toasted sandwiches and tacos, Vancouver’s food truck game is strong and you are able to locate your favourite on nearly every trendy corner of the city. We head off one rainy morning on the hunt for Yolks Food Truck. The turquoise truck with a fried egg logo lures us away from the cold with a decadent menu that’s dedicated to breakfast feasting. A hot, perfectly poached egg is served on a mountain of truffled hash browns and herbed portabello mushrooms and is covered in a lemony aioli – perfection. 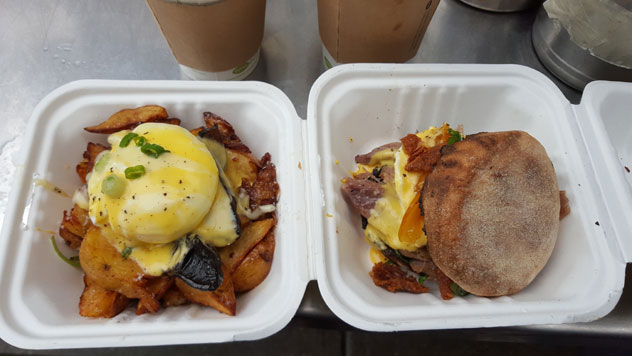 The breakfast at Yolks Food Truck.