Where to find hot, steamy dumplings in Cape Town 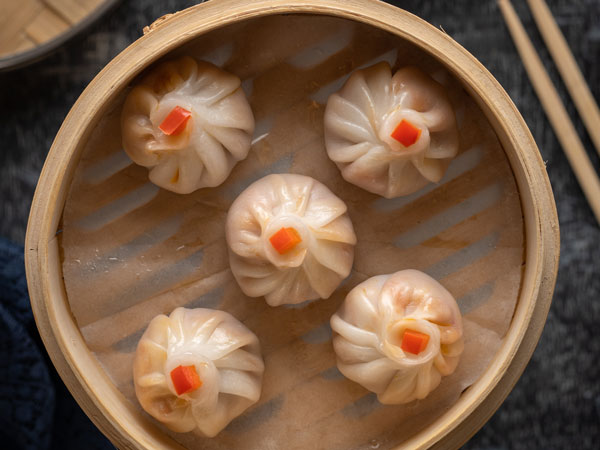 Whether you’re looking for wontons, gyoza or potstickers, when that dumpling craving hits, there is no running from it. Here are some of the best spots in Cape Town – and beyond – to get hot, steamy dumplings.

One of CT’s most-loved spots, South China Dim Sum Bar is known for its concise Chinese-leaning offering and banging wine list. The small menu features a great selection of veggie and meaty wontons and potstickers, as well as Har Gow and Siu Mai. The chicken wontons with a fiery Szechuan dressing are a reliable favourite.

For those looking for a more authentic dim sum experience, HeSheng is for you. HeSheng serves up classic dumplings, such as xiao long bao, steamed or fried dumplings filled with meat or vegetables, in a low-key setting. This not-so-hidden gem is best for a crowd and those with a good sense of humour – don’t expect any frills here, but know you’re in for a great meal.

Sepial Shim is a familiar face in Cape Town’s food scene and is the force behind Ugly Dumpling at the V&A Food Market. The menu changes every so often but you can look forward to fried kimchi dumplings, as well as the cult-followed pork dumplings. While not strictly a dumpling, Sepial’s KFC (Korean fried chicken) deserves a special mention too.

This unassuming restaurant might be one of the best-kept secrets in Cape Town. With a Japanese-focused menu, you can find the usual suspects, such as sushi, ramen and tempura, but they also make pretty tasty dumplings. Opt for fried – filled with vegetables or prawns, or steamed, with beef, lamb or vegetables.

One of the newer kids on the block, Tomson turns out authentic Northern Chinese fare. The small menu changes regularly but often features perfectly-prepared wontons. The shiitake and tofu one is a standout – even if you’re not vegetarian.

A true culinary stalwart, Haiku is the spot for an authentic Japanese dinner in the Cape Town CBD. With a dedicated dim sum section, the menu includes fried and steamed dumplings of various kinds. The beef xiao long bao and the potstickers are fan favourites.

Originally based in Muizenberg, but now with a branch in Kenilworth too, this cute-as-a-button spot has a serious dumpling menu. Opt for an array of beef, chicken, pork or vegan dumplings – either fried or boiled, as well as some great wok and ramen dishes.

With locations in Observatory and Claremont, Linko is known for its authentic, fuss-free food. Featuring a more pan-Asian menu, you can find classics such as soup dumplings and steamed Siu Mai dumplings.