Craft beer is all the rage right now and while we’re the first to admit that the very sight of a frosty draught can bring tears to our eyes, we’re also enamored with its severely underrated cousin: craft cider. As nothing quenches a summer thirst quite like a crisp cider, we’ve rounded up five great craft ciders that are not only refreshing, but proudly South African. 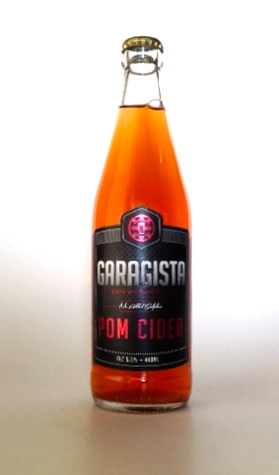 After winning second place in the cider category at the South African National Craft Brewer Championship, Garagista Beer Company’s spicy Skunkworkx “Double Barrel” Apple Cider (8% alc) is definitely a tipple worth trying. Their other ciders include pure apple (5.5% alc) and their bestselling GaragistaPom (pomegranate) cider (5.5% alc) which is available on tap at Beer House. You can purchase the award-winning Double Barrel Cider at their brewery in Albert Road, Woodstock, but get there quickly because stock is limited. Find their other ciders at bars, restaurants and bottle stores in and around the Cape Town CBD.

Everson’s Cider is made with fresh apples and pears hand-picked from the Elgin valley in the beautiful Overberg region. The fruit is crushed and left to ferment in tanks with premium cider yeast before it is aged in oak, then racked, filtered and charged with a hit of C02. This premium fruit cider is free from cane sugar and synthetic ingredients and is available on tap or for purchase from a number or outlets in and around South Africa. Try the Apple Cider (6% alc), Pear Cider (5% alc), Cloudy Cider (4% alc), Mulled Cider (4% alc), Brandy Cask Aged Cider (8% alc) or Single Varietal Cider (8% alc).

Gone Fishing Cider is the result of a meticulous brewing process beginning with a secret combination of apple varieties hand-picked from the mountain orchards in the Elgin Valley. Their apple cider is stored in oak barrels and then conditioned in a chilled tank for six months before being bottled. As pure as can be, all ciders are free of extra flavourants or aroma enhancers. You can find James Mitchell’s Gone Fishing Cider (5.8% alc) at a number of bars, retailers and restaurants in Cape Town including Alexander Bar & Café, El Burro, Dorp Street Deli, HouwHoek Farm stall and Tops @ Cape Quarter Food Spar.

You can find Clarens Brewery nestled on the foothills of the Maluti Mountains in the Free State. Their hand-crafted ciders are made with fresh apples, cherries and berries grown in the Maluti Mountains and fresh pineapple juice from KwaZulu-Natal. Try their Red Stone Pure Fruit Ciders (4.5% alc)in apple, cherry and pineapple throughout the year and enjoy their seasonal mixed berry cider from January to March.  The brewery is home to a bar where you can enjoy free tastings and cider on tap. Red Stone cider is also available for purchase from Capital Craft in Pretoria. 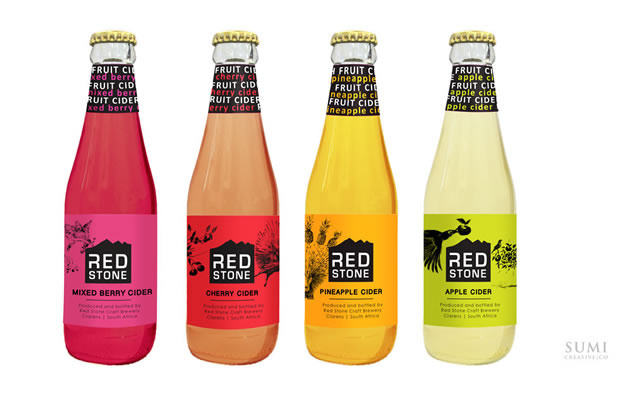 Windemere Cider’s story began in 1989 when Andre Le Roux and Mark Standford brought over bitter-sweet apples from Europe. It was, however, only in 1998 that they officially introduced the cider to the local market. Windemere Cider 100% pure cider (7.5% alc) abides by the authentic German-style apfelwein recipe and is matured with French oak for six months. As it contains no sugars, preservatives, additives or any other pollutants, they say that the purity of the 7.5% alcohol cider very rarely leads to a headache. The cider recently received a silver award in the 2014 Australian Cider Awards. You can find Windemere Cider at select bottle stores in Cape Town (Norman Goodfellows; Wine Concepts; Liqour City Claremont; Spar Tops Kloof; and Blue Bottle Store) and Johannesburg (Norman Goodfellows; Boot Leggars; Tops Hobart; Ice Cream Merchants; and Liquor House) as well as a number of restaurants and bars.