Grub’s up in Grahamstown: Where to eat during the festival 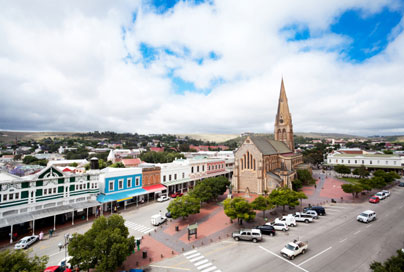 Grahamstown might be better known for its smarts and arts, but there’s plenty of great food on offer to keep the students fed and watered. With the 40th annual National Arts Festival looming (3-13 July), the town’s intrepid restaurateurs are preparing for an influx of new and returning visitors. Here’s a rundown of 12 popular and quirky spots for both locals and festinos.

Red Café
Red Café is a chilled little coffee shop and eatery perched on the upper floor of 127a High Street. This is a great choice for a light lunch of tramezzinis and milkshakes on the deck in the winter sun, or to enjoy some of the hot fair on offer especially for the festival, including gluten-free options, beef stew, vegan veggie stew and chicken curry.

The Rat and Parrot
During term-time this New Street pub is the student hangout that’s packed to the rafters with thirsty youths, but you shouldn’t overlook the food. It gets equally busy during the festival, but in between your draught beer quaffing you’re going to want to order the best thing on the menu, chilli ’n chips (thank me later), or one of the popular pizzas, like the Meaty Treat or Bacovian. Sadly, the open-air beer garden is no more, but this has made way for more seating at this Grahamstown institution.

Morgan’s
Morgan’s on New Street is making a name for itself based on its popular Indian and Thai curries and bring-your-own-booze policy. They also serve up traditional risotto and steaks, and an in-demand butter chicken. If it’s a warm day, grab a table in the little garden at this bohemian spot. 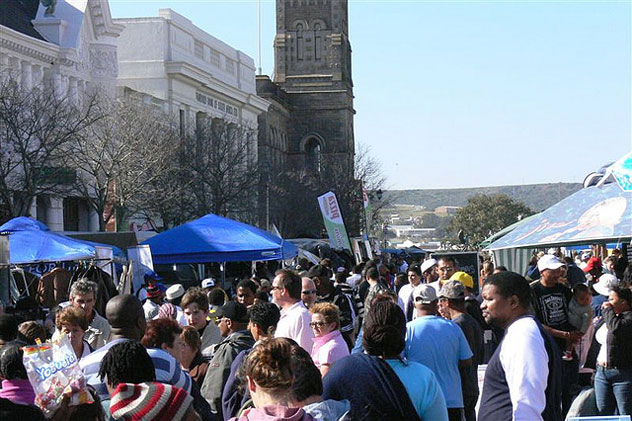 137 High Street
The locals know this little guesthouse and restaurant combo simply as ‘One Three Seven’. The crowd is slightly older by Grahamstown standards and the mood calmer. They also have a lovely courtyard, which is perfect for enjoying a traditional fry-up breakfast. Order the venison steak on a cold night.

The Long Table
Running exclusively during the festival, The Long Table has become an institution. Performers and festinos in the know flock here after shows and hang out ‘til late. Instead of waited service, guests queue for home-style food, including warming soups, spinach lasagne and roast lamb, before nabbing any open spot at the four long tables that dominate the hall. It’s a great spot to meet new people. (Contact The Long Table at St. Georges Hall, 108 High Street, 083 960 2366.)

Gino’s
This classic Italian-inspired family restaurant has been popular with Grahamstonians for 26 years. There’s a wide variety on the menu, but honestly it’s all about the cheesy pizzas – 220g of cheese per pizza! The Gino’s Special, with virtually every topping you can think of, is a popular option, as is The Vesuvius (add blue cheese, trust me). Gino’s is run in association with the Hotel Victoria, so if you happen to be visiting during festival, pop in to The Vic Bar (which was a student hangout in the 90s) for nostalgia’s sake. For the duration of the festival you can see various jazz bands performing and sample the Gino’s pizzas on offer. 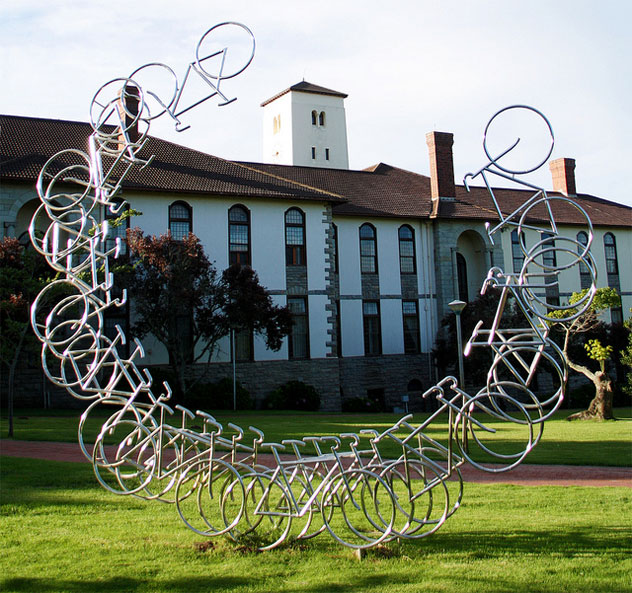 Café d’vine
If you’re fed up with Gtown’s pub grub, Café D’Vine on New Street serves a variety of fresh salads, including the more traditional Caesar and halloumi, as well as unusual versions like Thai beef. The fish cakes come highly recommended too.

Revelations Coffee Shop
Situated in the little Peppergrove Mall complex, Revelations Coffee Shop has a lovely location under some large old trees. Pop in for afternoon coffee and sweet treats, including great waffles and scrummy cakes. They offer savoury breakfast and lunch options too – the omelettes are good and so is the butternut and orange soup – but go on and have a waffle; you know you want to.

Jing Jing’s Kitchen
Offering Chinese food and sushi, this take-away joint and restaurant is popular with a student crowd and great for late night bites, such as the well-liked crispy duck and spring rolls.

The Cock House
Despite its name, this B&B on Market Street has a genteel, old-style Grahamstown vibe. It’s likely you’ll need a reservation for dinner during the festival, so plan ahead and make sure to order the lamb shank.

Haricot’s Deli & Bistro
Haricot’s, a popular addition to New Street, has made the most of a classic old Grahamstown home by converting it into a café with several seating spaces, while still retaining its quaint feel. They serve great coffee and delicious Mediterranean-style food, plus an array of excellent baked goods like muffins, cakes and cupcakes to lead you astray.

Madhatters
This cosy eatery has tables inside and out that overlook the bustle of the main drag, High Street. They have a little bar, the décor is bright and fun and the food is tasty, but the big drawcard here is a lazy brunch. The English breakfast will go down a treat after a late night of festival shows. 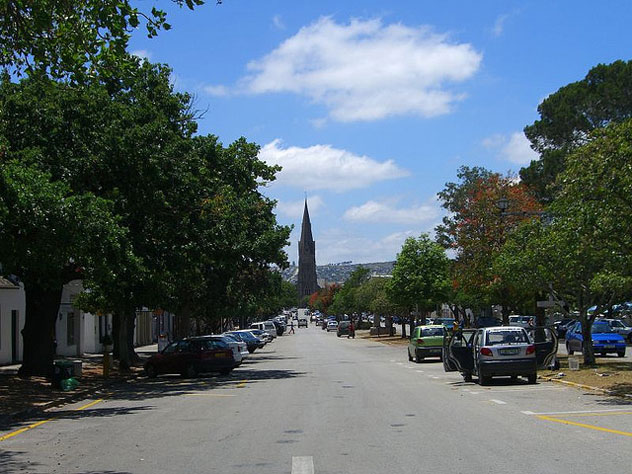