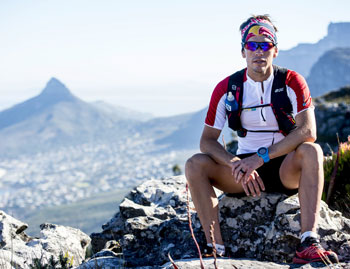 To the average human, Ryan Sandes seems partially bionic. The ultra-distance runner shot to fame after winning a multi-day desert trail race he entered on a whim. A few years on, he was ranked number 2 in the world in the 2014 Ultra-Trail World Tour. On his current to-do list: a 100km race in the Blue Mountains in Australia in May, and the Ultra Trail Mont Blanc 100-miler in August. (For the uninitiated, that’s one of Europe’s most difficult trail races, with the highest number of competing runners.)

As if that’s not enough to tire him out, Ryan has also recently completed his first book, Trail Blazer, with journalist Steve Smith. “I never aspired to be a runner, but now running means so much to me. I have really tried to get into my brain and express the various feelings I have felt around my career,” says Ryan of the book. And yes, it does offer readers a glimpse of the diet of an ultra-distance runner. “I have travelled all around the world to some very remote places, so I have lots of stories to tell. I have been dished up some very interesting meals in places like China and Japan!”

We asked Ryan to tell us about his favourite restaurants a little closer to home – many of which are in his ‘hood, Hout Bay in Cape Town.

My favourite restaurant for…

Casareccio Cucina Italia in Hout Bay. My favourite pizza is the bresaola pizza.

Ragafellows in Hout Bay. They specialise in burgers and are close to where I live, so I’m there once a week when I’m at home. They have a great variety. 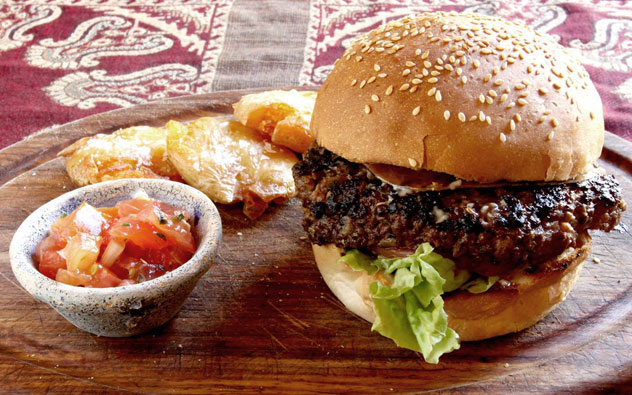 A burger at Hout Bay’s Ragafellows. Photo courtesy of the restaurant.

I’m not a fan of pasta or carbo-loading; that’s old school and outdated. The last time I ate pasta was on a plane – I was starving!

Erawan in Wynberg; they make the best curries.

La Cuccina in Hout Bay. They do really healthy lunch buffets and some delicious juices. Restaurants are a lot more health conscious these days.

I had awesome sushi at Sevruga at the V&A Waterfront over the weekend. 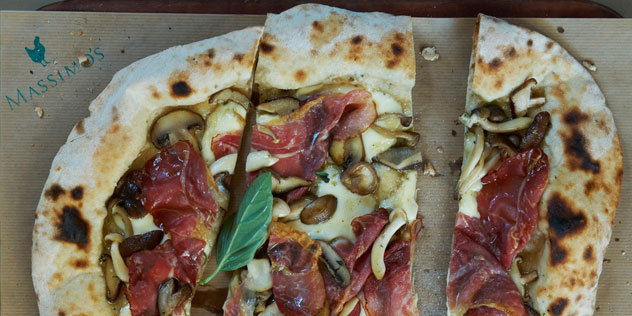 Pizza from Massimo’s. Photo courtesy of the restaurant.

Azure Restaurant at the 12 Apostles Hotel has epic views, especially at sunset. 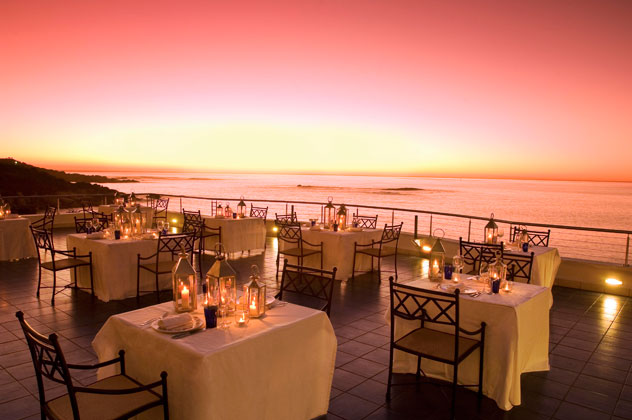 Sunset views at Azure at The Twelve Apostles Hotel & Spa. Photo courtesy of the restaurant.

The Hout Bay Coffee Roastery makes the best coffee ever!

East Head Café in Knysna. I like my eggs poached (medium). When at home I normally have scrambled eggs as they’re easiest for me to cook. 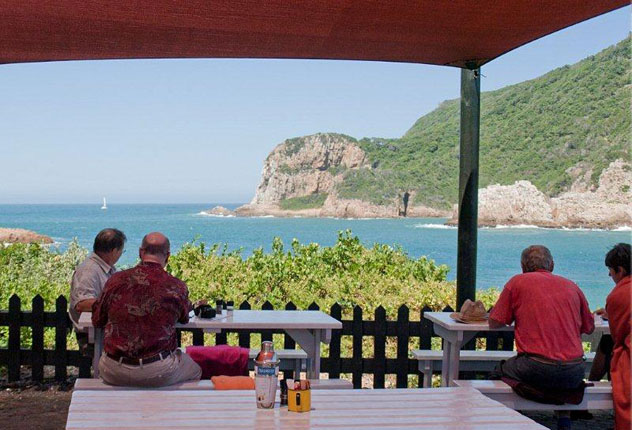 The sea view at East Head Café. Photo courtesy of the restaurant.

Pudding (Do endurance runners get to eat pudding?)

Yes, you have to enjoy life, so I eat pudding. I love ice cream. I have lots of childhood memories of eating Chico The Clown ice creams at the Spur. I actually ate one the other day after a long run. 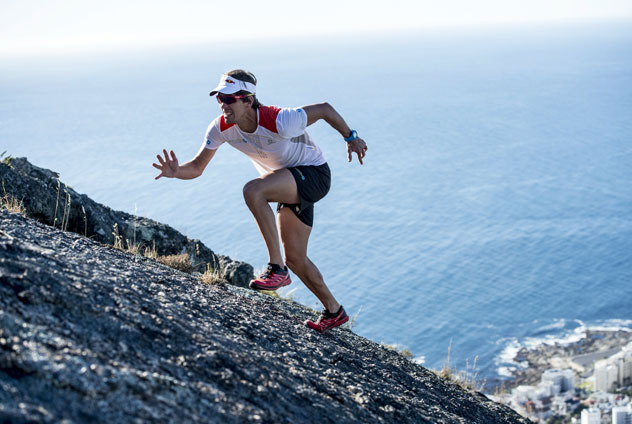 A Llama bar (nougat) or probably a gel of some sort.

What’s your favourite way to refuel after a gruelling run?

I normally make a smoothie with some glutamine and recovery power. I add berries, yogurt, ice, juice etc.

Chocolate. I love chocolate, and my wife, Vanessa, gets cross with me as I always eat it all before she can have some…