New additions to Cape Town’s foodiest street: a bistro, a chef’s studio and a wine bar

The ever-growing Bree Street strip is set for another shake-up this month, this time in the form of three new foodie offerings that will open in one location.

Chef Matt Manning, who has created a name for himself as a private chef, has announced that he will be opening his own restaurant in the Mother City. Having cut his teeth under the likes of Marcus Wareing in London and locally at Top 10 restaurant La Colombe, Matt has now set his sights on serving refined bistro-style fare at new Grub & Vine, which will open at 103 Bree Street in the first week of December. 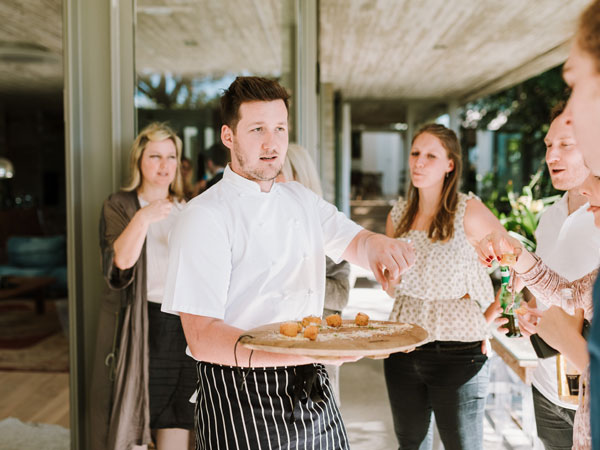 The new bistro will offer a small menu that changes weekly. You can look forward to dishes like ham hock terrine with pickled beetroot; salt-and-vinegar cured mackerel; and roasted baby chicken with sweetcorn and leeks; as well as a contemporary take on classics such as coq au vin or Bakewell pudding. “No nonsense; just good grub, beautiful produce, and honest cooking,” says Matt. To pair with the food? A small wine list will offer non-commercial gems from some of the country’s most respected producers. 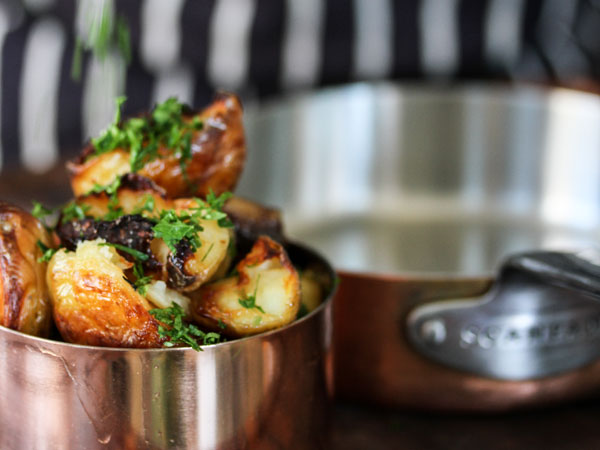 Crispy potatoes to be served at Grub & Vine. Photo supplied.

The 103 Bree Street location, where IYO Burgers was formerly located, will also be home to two other new offerings. The first is an interactive events space called The Chef’s Studio, also owned by chef Matt Manning, which will be available for corporate and private bookings. The aim is to host interactive and experiential events, such as ‘One Ingredient’ – Manning’s popular monthly dinner series. 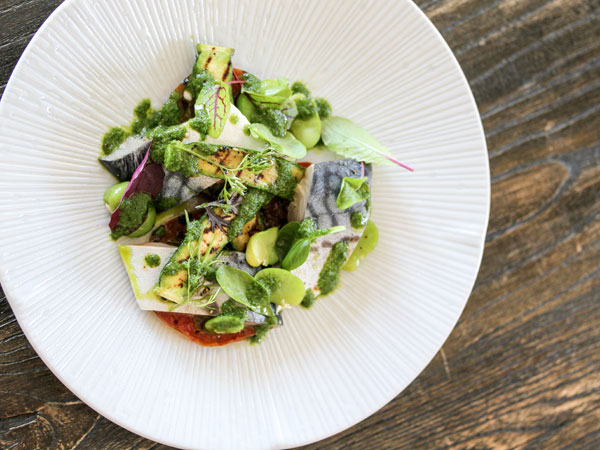 A dish to be served at Grub & Vine. Photo supplied.

Private wine merchants Frogitt & Vonkel will open their first brick-and-mortar bar in the section next door to Grub & Vine. Frogitt & Vonkel Wine Bar will offer a premium selection of local and international wines to taste or order by the glass, as well as cheeses and charcuterie to pair alongside.

“The beauty of the space is the synergy between the three offerings. Guests can head to Frogitt & Vonkel for a glass of pre-dinner bubbles or finish their evening with a nightcap. Visitors to the bar can simply pop over to Grub & Vine for a tasty bite to eat when they fancy something to nibble on,” says Matt.

Grub & Vine, The Chef’s Studio and Frogitt & Vonkel will be opening their doors within the first week of December. The bistro will be open for lunch and dinner from Tuesday to Friday, and on Saturdays for dinner later on in the month.