How to enter the produce awards 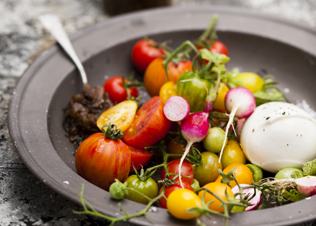 We’ve had loads of questions about nominations for next year thanks to all the press around the 2013 Eat Out DStv Food Network Festival & Awards happening this weekend at the Biscuit Mill in Cape Town.

Thinking of entering your product? Here’s how it all works.

Our produce awards recognise outstanding, independent South African producers with integrity, passion and innovation. Nominations for the 2014 Eat Out DStv Food Network Produce Awards will open in November 2013. Using a form on the Eat Out website, members of the public can nominate anyone in categories such as best new product, dairy (cheese and other), paddock (fresh and cured), baked product, local food blog, earth, free-range and/or organic, confectionary and the food heritage award. Nominated produce is submitted by the producer and assessed by the judges in a two-day session, after which the winners are chosen.

This year, the awards ceremony is taking place as part of the Eat Out Festival held on Friday 15 and Saturday 16 March at the Biscuit Mill in Woodstock, Cape Town. Entry is free and there will be pop-up picnics and an interactive market-to-table dinner, as well as stalls of award-winning and nominated food and drinks.