Tequila, rooibos and cooking from the heart: we meet Nobu himself

Superstar chef and restaurateur Nobu Matshuhisa is currently visiting the Mother City to celebrate the 10th anniversary of his first Nobu restaurant in Africa at Nobu Cape Town One&Only and the official book launch of The World of Nobu. Eat Out caught up with the celeb chef to find out his favourite SA ingredients, what his guilty pleasures are and what it takes to operate 50 successful restaurants worldwide. 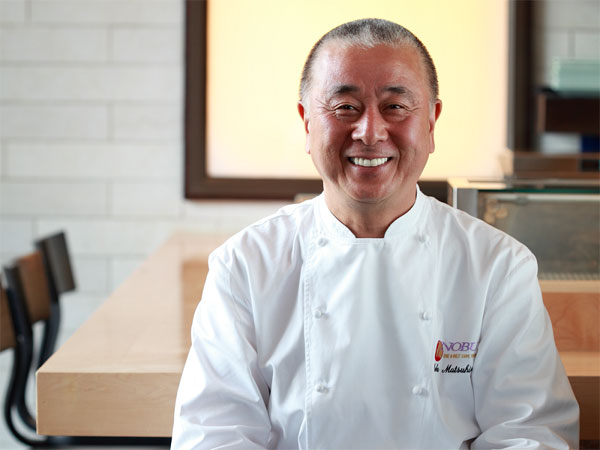 How does Nobu Cape Town differ from the other Nobu restaurants?

Nobu’s menu concept is basically the same all around the globe but in Cape Town it’s very difficult to get Japanese fish and we like to use local products as much as possible. In all our restaurants the heart remains the same, but around that it becomes localised with its ingredients and produce; specifically here with ingredients like kingklip.

What is the most popular dish at Nobu Cape Town One&Only?

I created [a salad with] dried miso, parmesan and spinach leaves. This has become one of the most popular dishes.

What’s the one thing about Nobu’s cuisine you’re most proud of?

Each product has its own flavour. I like to show them off with simple cooking and presentation. And to always cook with heart. When it comes down to it, all the dishes are about simplicity and showing off those ingredients in their purest form. So many chefs use too many ingredients at the same time. I like to show respect for a product. 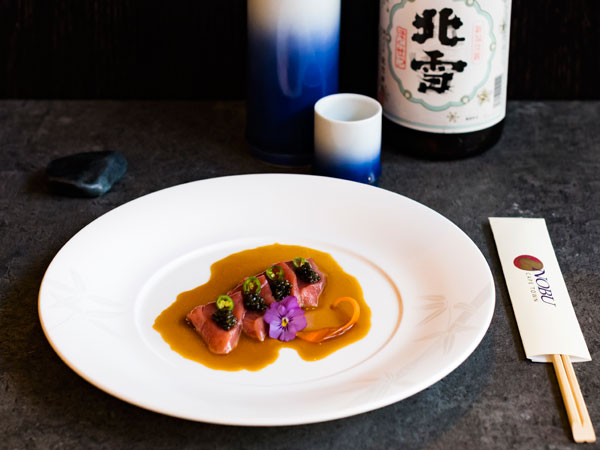 A dish at Nobu. Photo supplied.

Who have you been most nervous to cook for?

One month before Princess Diana’s accident, I was able to meet and cook for her. I was very nervous to meet her. I introduced myself and she said that she already knew me and that she’d read about me! This just made me even more nervous!

What has been your most memorable food experience in South Africa?

I visited what was the Noon Gun Restaurant when it was still open about 10 years ago. The very small restaurant was run by three women [Mariam Misbach, her daughter Fouzia Taylor and her granddaughter Qanita Taylor-Jardien]. They cooked for us and the Cape Malay food was very homely. I felt so at home eating their food and seeing them cook for us. They really cooked from the heart.

What is your favourite South African ingredient?

I really like kingklip. It reminds me of the black cod.

Would you like to cook with any indigenous South African ingredients?

I haven’t tried many, but I love drinking rooibos tea and I would love to use the tea leaves in a dish. 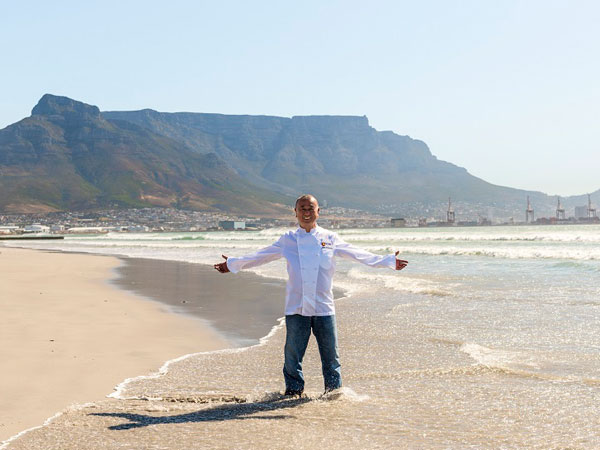 I eat too much sweet stuff. I love ice cream after dinner, and cake. I also love too much tequila and French fries!

What utensil do you use the most in the kitchen?

A very sharp knife, of course!

Noon Gun! And the last time I was here I went to The Test Kitchen, which was very good. 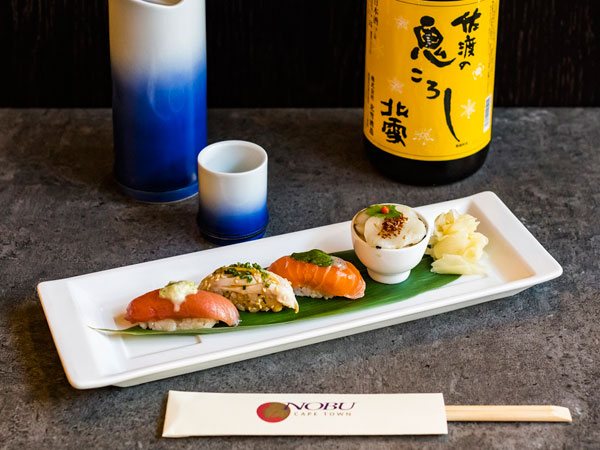 If you weren’t a chef, what job would you have had?

I would be a painter.

What is something that would surprise people to know about you?

I’m very shy! [laughs] I meet hundreds of people in my job and that’s business and I love it, but on my days off I don’t want to see anybody… except for my girlfriend!

Who is your chef hero?

I started cooking when I was 18 and my late mentor Tadayuki Nakame taught me how to make sushi from knowing nothing. Without him, I wouldn’t be here.

What is the strictest, most unbreakable rule in your kitchen?

A kitchen is not a factory. To make sushi with your hands, you need to concentrate. Someone has to eat your food, so chefs have to think of the customers and cook with heart.

Have you been to Nobu One&Only? Write them a review on the Eat Out app.