Kan 10, the new restaurant to open at Stellenbosch’s De Warenmarkt

A new canteen-style restaurant is set to open at De Warenmarkt, the buzzing permanent market housed in a heritage building on Stellenbosch’s Ryneveld Street.

Called Kan 10, the new venture is a collaboration between Westley Muller of Towerbosch Earth Kitchen (which won the award for best country-style eatery at the 2013 Eat Out Restaurant Awards) and Nic van Wyk of Bistro 13, who was selected to cook one of the courses at the 2016 Eat Out Mercedes-Benz Restaurant Awards. 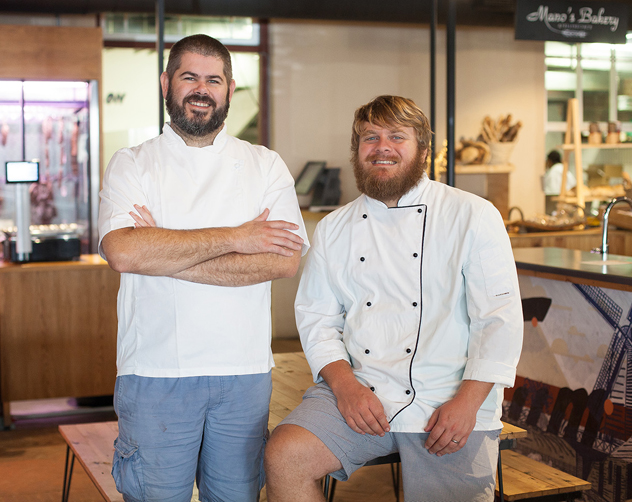 The market, which has been open almost a year and has welcomed over 15 000 visitors, previously boasted a pop-up restaurant, but the logistics of changing the team every three months became too challenging.

Menu-wise, Kan 10 will focus on local and international street food. The Lucky 13 burger with its Ryan Boon patty will remain on the menu, but there are also plans for a chicken rotisserie, sweet-and-sour lamb ribs, bunny chow, spring rolls and some puds. There’ll be a creative toast menu for breakfast, along with oats and fresh fruit options too, and a ‘grab and go’ section with sandwiches and potato salad.

A new market bar called Olive or Twist will also open at the venue. Headed up by Marcus Oosthuizen of Stellenbosch’s popular Aandklas Bar, Olive or Twist will serve cocktail and lunch specials, screen big sports games and host comedy and live music evenings. The Kan 10 kitchen will also offer The Butcher’s Lunch, which will give visitors the chance to pick their cut of meat from master butcher Ryan Boon’s stall and have it prepared in the Kan 10 kitchen with sides. Kan 10 opens today with the new menu, and there will be live music and celebrations today and tomorrow (Saturday).