Many, many moons ago, just after leaving university, I lived and worked in Taiwan. I was an English teacher at a kindergarten in Kaohsiung, a large port city on the south-western coast of the island.

I shared a hostel-like room with a friend, on the third floor of the headmaster’s house. We had a separate bathroom and an unnecessarily large separate lounge, but no kitchen. While we were allowed to use our employer’s kitchen, we opted instead to embrace the local culture and eat out for every meal. 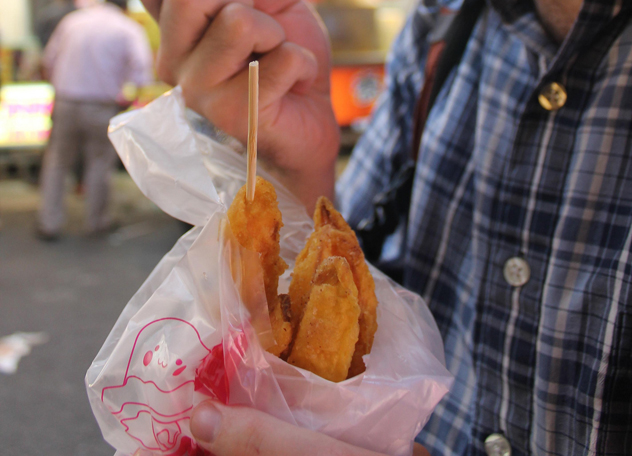 One of my fondest food memories of that time is of a little street vendor’s cart – a block away from our home – filled with baskets of all sorts of weird and wonderful vegetables and seafood, ready to be deep-fried on demand.

My favourite item was the sweet potato chips. In a country where few foodstuffs are familiar to untravelled South African girls, something as simple as a sliver of a common vegetable was a comfort. A lifesaver.

It was perfectly hand-cut – just the right thickness to make a moreish mouthful – and beautifully fried – crispy on the outside and fluffy on the inside. The vendor handed them over in a paper cone with a tiny plastic fork, perfect to pick at en route to the local internet café (yes, it was a long time ago) or whilst browsing the night market around the corner. It was my first encounter with real street food, and I was in love. 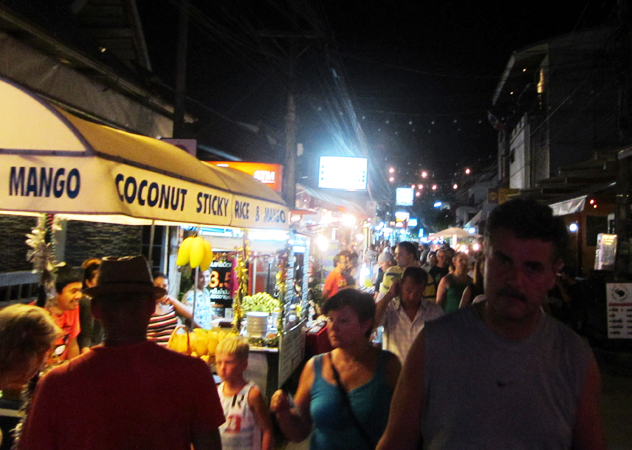 During that same Asian adventure, I joined two other friends on a three-week backpacking trip through China. We met up in Hong Kong, where we spent three days wandering the cosmopolitan streets and markets, slurping up street food alongside skyscrapers and shopping malls. Crouched on a tiny wobbly plastic chair, in a restaurant the size of my current desk, I bit into my first parcel of dim sum. Pork juices streamed down my chin. Love blossomed.

From there we flew to Turpan in China. An ancient capital on the Silk Route and not too far from Kazakstan and Mongolia, Turpan is allegedly the hottest city in the country. Its population is mostly Uyghur, an ethnic minority in China that’s genetically related to European and East-Asian populations.

Our plan was to travel along parts of the route and eventually end up in Beijing. It was in Turpan, though, at a night market, that the three of us discovered shish kebabs, one of the magical results of the Eurasian amalgamation.

After months of living off aforementioned sweet potatoes, seafood and suspicious poultry, I could not believe my eyes: there, beautifully flame-grilled on a stick, was mutton! From an actual sheep! Succulent pieces of heaven.

But heaven soon turned into hell as it dawned on me that the shish kebab was the spiciest thing I had ever put in my mouth. One bite and I was rendered speechless. Yes, Turpan was the hottest city in China. 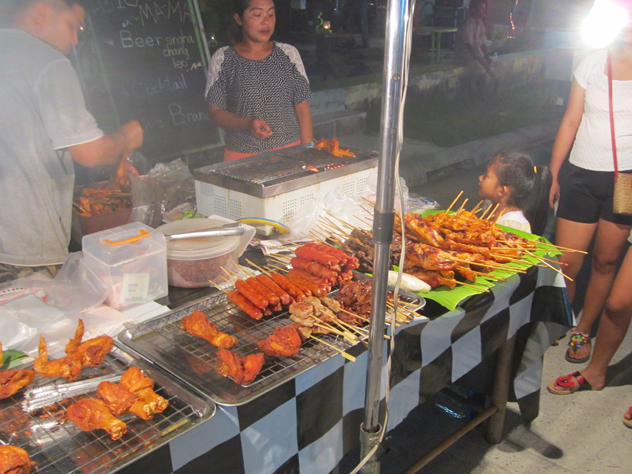 More recently, I encountered Asian street food in Thailand: bowls of green papaya salad on the streets of Bangkok, fresh skewers of grilled pork at the night markets of Koh Samui, and many more delicious things.

My biggest regret is that I never had a giant chocolate-filled pancake. They make them on every second street corner, with a variety of fillings. But every time I saw one, I, much like that time in the Kruger National Park when I threatened to take a photograph every time I saw one of the millions of impala, I just never got around to it.

But I am still to find my beloved cones of sweet potato fries. It seems like such a simple thing to make, and easy to recreate at home, but I’ve never even attempted it.

I guess first loves are best left as sweet memories.