What does it mean when a Michelin 3-star restaurant takes a bold stand for the environment?

Last week, Michelin-star restaurant Eleven Madison Park made headlines when its executive chef Daniel Humm announced they would be removing all animal products from their menu, and will instead serve a completely plant-based one. Before them, Epicurious magazine set the comments section on fire when they shared on social media that they would no longer produce beef-based content. Despite these happening independently of one another, they suggest a collective shift taking place. What could this mean for the food industry, fine dining and the future of meat consumption? 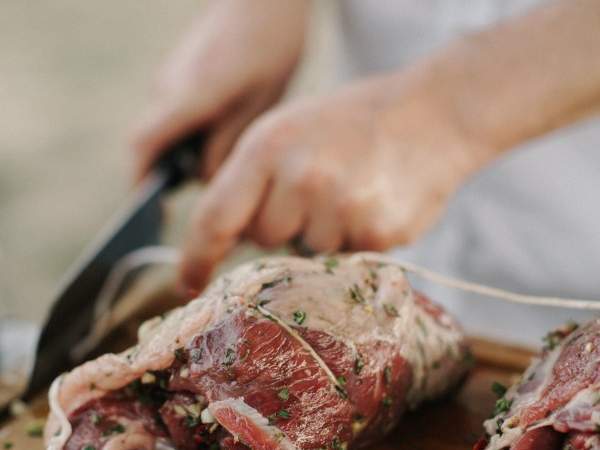 The reasons behind these changes

Understandably, these two announcements were met with polarised responses. In equal parts, there was celebration and criticism. Whether you agree or not, one thing is clear: this is a bold move from big brands, publicly taking a stand against commercial meat consumption. But why? Epicurious’ reason is simple: beef farming is a known large contributor to greenhouse gas emissions and this is an attempt to be more sustainable. From the website’s announcement: “Our shift is solely about sustainability, about not giving airtime to one of the world’s worst climate offenders. We think of this decision as not anti-beef but rather pro-planet.”

While Eleven Madison Park’s change is also aligned with sustainability, Humm also credits a transformative year during New York’s COVID-19 lockdown. At the height of 2020’s pandemic, the restaurant became a commissary kitchen to help feed frontline workers – something they will continue in 2021 by setting up a food truck that will provide meals to residents experiencing food insecurity.

“It was clear that after everything we all experienced this past year, we couldn’t open the same restaurant,” says Humm on the restaurant’s website. “In the midst of last year, when we began to imagine what EMP would be like after the pandemic, we realised that not only has the world changed but that we have changed as well. We have always operated with sensitivity to the impact we have on our surroundings, but it was becoming ever clearer that the current food system is simply not sustainable, in so many ways.”

Where does this leave the world of high-end, luxury restaurants?

Within Humm’s open letter, he mentions that “it is time to redefine luxury as an experience that serves a higher purpose and maintains a genuine connection to the community.”

EMP is known for its lavish $335 set menu, which famously included dishes such as lavender honey-glazed duck and butter-poached lobster. Now, they’ve got to re-imagine those into equally-luxe, plant-based alternatives. It begs the question, can a vegetable ever be considered as indulgent as something like duck or lobster?

South African food critic and World’s 50 Best judge, Tamsin Snyman seems to think so. “I think it is massively brave of them to move in this direction and show the culinary world how sensational plant-based eating can look, taste and feel,” she says. “I firmly believe there is a wide-open space for change on the food front and plant-based will solidly fill a gap,” she continues. If fine dining has always hinged itself on pushing the boundary and discovering the ‘next best thing’, one could argue that this is what EMP is doing.

The future of meat consumption

As Epicurious put it: “For any person wanting to envision a more sustainable way to cook, cutting out beef is a worthwhile first step.” And though their move isn’t as drastic as EMP’s, it does question how we should look at our meat consumption. One large critique of this move is that brands with clout, such as Epicurious, should be using their platform to educate consumers about sustainable agriculture. A fair point, but something we know in South Africa, is that ‘ethical’ meat can be costly, and largely inaccessible to most consumers – and the success of a beef recipe relies upon, well, the beef. It’s fair then to say that by replacing a hamburger recipe with a vegetarian one, the publication is inspiring home cooks to think outside of the box.

To echo Humm’s point about redefining luxury, we’ve been telling ourselves for years that meat is a luxury, but the rate of modern consumption often doesn’t treat it as such. Perhaps this is the little push we need to look out for more ethical local beef producers where we can, to buy one less pack of mince – and replace it with chickpeas, along with a new recipe to use them in. Or, maybe the luxury here lies in finding joy in a broader range of foods – including vegetables.

Tamsin succinctly sums it up: “I am certain that they will be advocates of change and will encourage us to eat more plants; if only a little more than what we already are.”