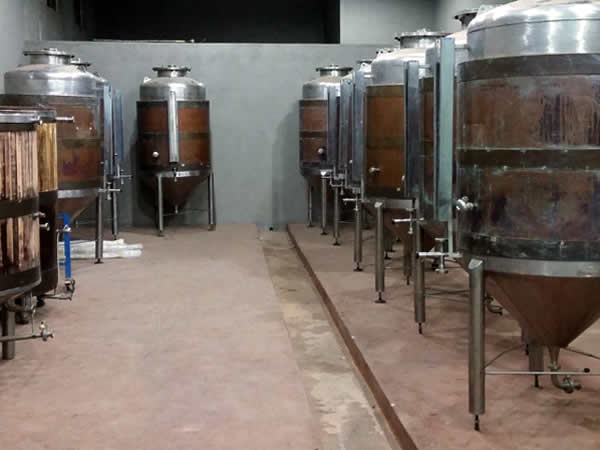 The folks from The Dog and Fig Brewery, makers of award-winning fine-crafted beers, have teamed up with chef Philippe Wagenfuhrer of Eat at Northcliff to open a new restaurant and taproom in Parys this weekend called Eat at Dog & Fig. The new spot will be open on Fridays, Saturdays and Sundays during the day, and on Friday and Saturday evenings, too.

The Dog and Fig Brewery, which opened in 2008 outside of town, is known for its unfiltered, unpasteurised beers. Sean Baradas and his team insist that the tranquil setting in the Vredefort Dome gives their six beers the secret sparkling ingredient that makes them out of this world. Philippe Wagenfuhrer is combining some of his Alsace food roots with his world experience in some magnificent food and beer pairings.

There are six beers on offer at 200ml apiece. The weiss is paired with prawn tortellini with pea purée; the pale buchu with veal croustillant and gribiche sauce; two ales with an unusual fondue and pork belly; the altbier with duck; and the stout with chocolate to end – all for R180. This offering will change according to fresh ingredients in season and Philippe’s whims. You can also do your own matching if you wish, and there are meal options for kids, too. Philippe has known The Dog and Fig Brewery team – and their beers – for a while, and is very involved in the new experience. “We are also building a tasting tower room, next to the restaurant, to see the stars and feel the effects of the dome with your food and beer.” He says the brews are are beautiful to taste and drink.

This is going to be a very exciting, completely new eating experience for anyone who loves to pair great food and beer – and might even change the minds of those who haven’t yet fallen in love with hops.

Let us know if you stop in to Eat at Dog & Fig by writing a review.