Paul Hollywood, presenter of beloved series The Great British Bake Off, was in Cape Town filming an episode for the second season of Paul Hollywood City Bakes recently. The show sees him visit different cities to sample their signature bakes, meets local bakers and put a personal spin on a local recipe. Chana Boucher caught up with the celebrity baker to find out what he made of South Africa’s baking scene and which bakeries he loved. 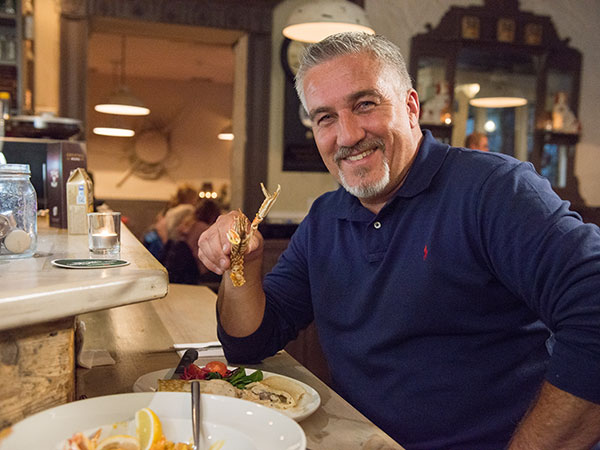 Jason Bakery is a very, very cool place. I love Jason Lilley’s style. He’s doing this thing called the doughssant, which I found fascinating. I didn’t really expect to see it in Cape Town.

I was in San Francisco recently, and they did a similar thing called a cruffin. There were queues out the door, people getting pictures taken with the neon sign in San Francisco; it’s clever marketing. I was curious about how these guys got this idea. They said they’d invented this cruffin. I asked: “What is it then, a croissant and a muffin?” They said no, it’s a croissant baked in a muffin tin. I felt a bit let down, then I asked: “Have you heard of a country called France? It’s called a kouign-amann. What you’ve made there is a kouign-amann, it’s been around for hundreds and hundreds of years!” But Jason’s was different. He was filling it with cream and did a Valentine’s special with Veuve Clicquot champagne. You could actually taste the champagne; it wasn’t burnt off. It was a great idea.

I went to Charly’s Bakery to have a look around there as well. What they’re doing with the cakes, particularly the chocolate cakes and the hummingbird cake with yoghurt, was amazing. Their cake-decorating skills are very good as well. I was impressed with those.

We went to Kalk Bay to visit BREAD rev and I met Jeremy Barty, who runs it. His ovens were amazing. It’s a skill level just to be able to bake, but he invented an oven – based on the rocket oven – and passes it on to people predominantly from townships so they can open their own bakeries.

I met a guy called Thembile Gcukumeni who has a bakery called Thembile’s Bread Shop in Gugulethu. I was absolutely floored by what he was doing. The texture, the flavour, the colour – the recipes were spot on. He made a big impression on me. He had a stroke five years ago, and set up his bakery three years ago. I have nothing but admiration for the man. I’d put him up against a lot of bakers I know. It’s not easy what he’s done, but he’s created a little bit of magic in his little bakery. I loved it. 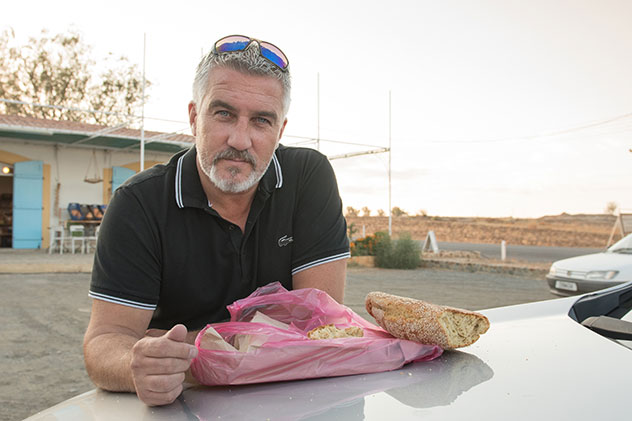 He doesn’t just do bread, he also does Chelsea buns, scones and croissants, which you shouldn’t be able to bake in a rudimentary oven because you can’t control the heat. He has a wood-burning oven, but has to be able to judge when the temperature is right for a laminated dough or to bake something like a scone or Chelsea bun without burning it and getting the colour underneath. He understands the basics of baking but he’s teaching himself. BREADRev gave him the skills and sorted him out with the oven, and he has just run with it.

If you had to ask me what’s the one place in Cape Town you have to visit, Thembile’s would be it.

Click here to read more of Paul’s impressions of Cape Town in the DStv Compact magazine, and find out about the competition Food Network is running to celebrate the launch of the new episodes of Paul Hollywood City Bakes. The new show premieres on 26 May at 8pm on Food Network (DStv channel 175).