Save the date: the 2013 Eat Out DStv Food Network Restaurant Awards 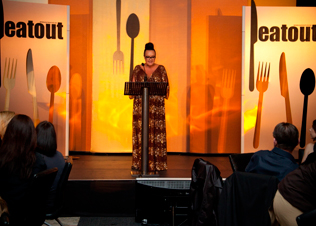 Plan your party frock, starch those chef’s whites and begin the preparative fasting: the much-anticipated Eat Out DStv Food Network Restaurant Awards will take place on Sunday 10 November 2013 at The Lookout, in the V&A Waterfront, Cape Town.

Tickets are on sale now for the fabulous gala evening, which will include a meal prepared by some of the country’s top chefs, as well as the announcement of the following prestigious awards:

Now in their 16th year, the awards aim to recognise the best the South African culinary world has to offer, uplifting the industry and spreading the word about great food in the country. Abigail Donnelly, editor of Eat Out and chief judge, says: “More exciting changes to the awards extend to the all-important judging process, with the inclusion of a panel of four highly esteemed South African-based judges. These judges will remain anonymous throughout the judging process and will only be revealed on the night of the awards.”

Tickets are on sale for R1450 per person. Avoid disappointment and reserve yours now by contacting Julie Potgieter at julie@newmediaevents.co.za or on 021 417 1257.