Popular Benoni eatery Lazeeza’s Bakery is adding to its family with a new café named Upcycled, due to open in Mackenzie Park at the end of April. The name of the new space isn’t gratuitous – the décor at Upcycled will repurpose items that have had past lives as rusted fenders and baths. The café’s tabletops and benches are all made from pallets and old flooring, and the booths will be themed depending on their original materials. 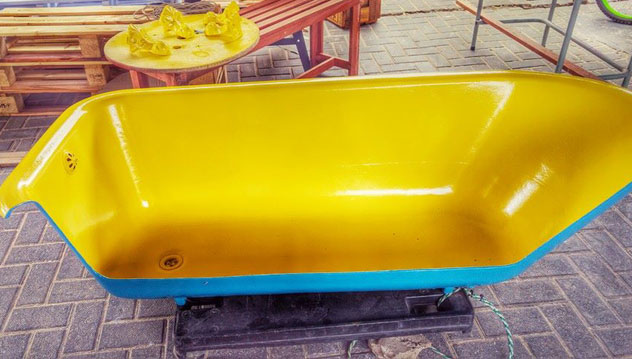 An upcycled bathtub will be used as seating. Photo by Saleeha Bamjee Mayet.

Owners Saleeha and Imraan Bhamjee recognised a need for a café in the area and wanted Upcycled to be an eco-friendly yet homely space. The repurposed furniture duly creates a rustic setting and laid-back ambience. As Saleeha says, “It’s not every day that you get to eat while sitting in an old car or bathtub!” 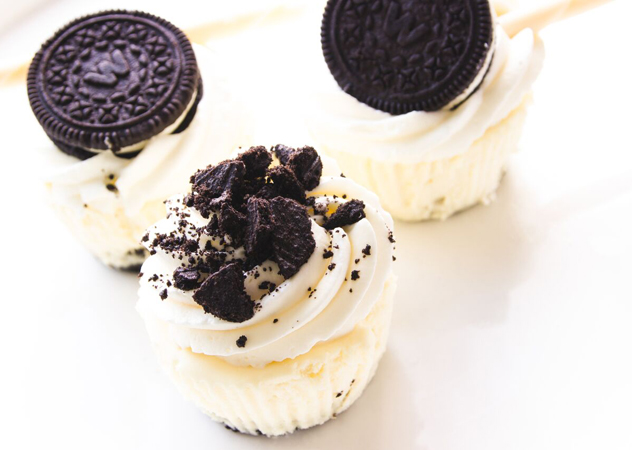 The menu at Upcycled will feature the same innovative takeaway sandwiches as you can enjoy at Lazeeza’s Bakery in Lakeside Mall, a variety of woodfired pizzas, and a frequently changing specials menu, which will include items such as an ox-tongue sandwich, gourmet burgers, sticky chicken wings and Thai fishcakes.

Upcycled is aiming to open its doors at the end of the month beside its sister bakery in Mackenzie Park. 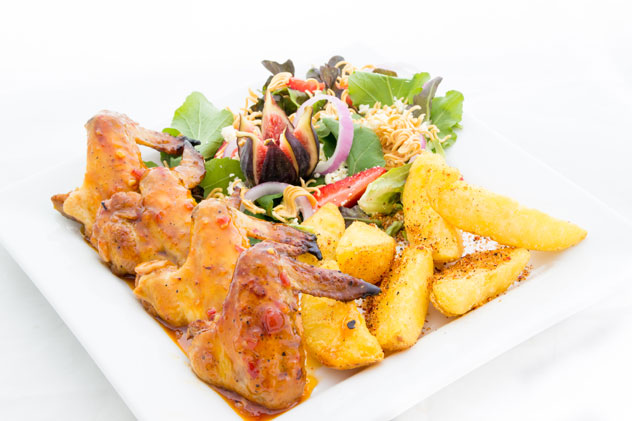