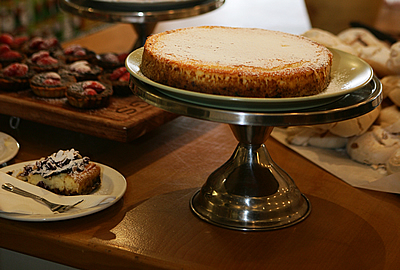 A restaurant with a 15-year lifespan is admirable, but one that remains relevant after that time period is remarkable indeed. Twin owners Clare and Fiona Ras share that characteristic too. Bestowed with abundant talent and passion in equal measure, they have ensured that Sprigs remains evergreen.

The Ras sisters spearheaded the local veggie revolution and celebrated humble pulses long before it was fashionable to do so. As trained chefs, they decided to open a daytime restaurant and deli after working overseas, and at a time when they couldn’t give away pesto or biscotti. Palates have evolved since then, but Sprigs has remained true to its roots: honest, seasonal food without fanfare.

Complacency is the enemy and over the years the industrious pair has, among other things, created a demo kitchen and published two books. But 15 years on, it was time to reinvent the space. This meant sacrificing the demo area for the deli. 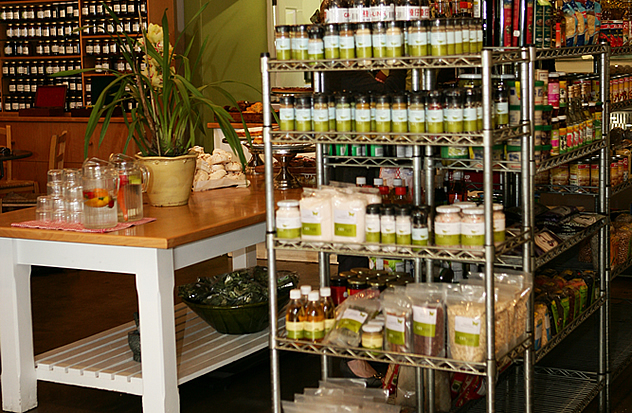 The ingredients, which are handpicked and painstakingly sourced, are allowed to speak for themselves. You can eat in, take away or make up foodie hampers choosing from a selection of local and imported meats and cheeses like a 12- and 18-month matured grana padano for purists or charcuterie from Durban-based Chuck & Bob’s (available at the Shongweni Farmers’ Market). These are supplemented with homemade deli items like lemon artichokes and pickled calamari, plus an array of breads. “When we travel, this is how we like to eat – meat and cheese platters. It is also how we entertain; we call it coffee-table supper,” says Clare.

There is little as glorious and gratifying as a truly remarkable sandwich, and the Sprigs toppings change according to whim, produce and season. Picture mustard pork sausages cleverly teamed with caponata and rocket on an authentic bagel. Otherwise, try lomo with basil peaches and goat’s cheese on a baguette; or gouda, sesame coleslaw and fresh apple on artisan bread. It’s a deli, so you can also, of course, create your very own super sarmie, which comes standard with lettuce, tomato, mayo and pesto.

A quiche of the day also features and the sisters aim to introduce a salmon terrine, country terrine with bacon, sausage and juniper berries, and a mushroom brûlée. As the shop has always done, the deli’s produce closely follows seasons and celebrations, so this Christmas you’ll be able to stock up on items like sliced gammon and cranberry relish.

The coffees remain legendary. Simply order at the newly created coffee and cake counter (ignore a slice of the day’s fresh bakes at your peril) and it’ll be delivered with a smile. And, if you’re after something with a little more kick, there’s a limited selection of crafts beers and wines from small estates.

The self-service concept that has worked so well for their lunchtime harvest table applies to the deli as orders are placed at the counter and, if eaten in, delivered to the communal dining table. Clare and Fiona are omnipresent and, along with a team of many long-serving staff, they ensure that nothing goes amiss. 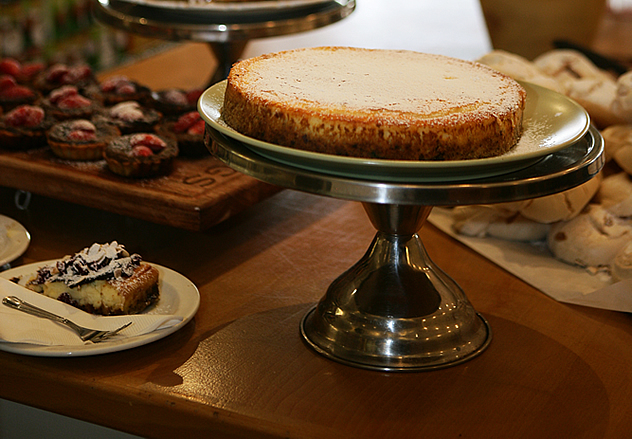 Despite the reincarnation, Sprigs has retained its warm, homely atmosphere albeit with a slightly more modern, vaguely industrial influence. The space plays on rustic materials and textures like reclaimed brick, stainless steel buckets, woven baskets and recycled crates.

There is a lot to be said for the consistency and comfort of an established restaurant. Fortunately at Sprigs, this feel-good factor has not translated into an attitude of laissez-faire; it has instead been a driving force for invention and creativity.

Have you been to Sprigs? Let us know by writing a review.