That Sugar Film: sugaring the pill 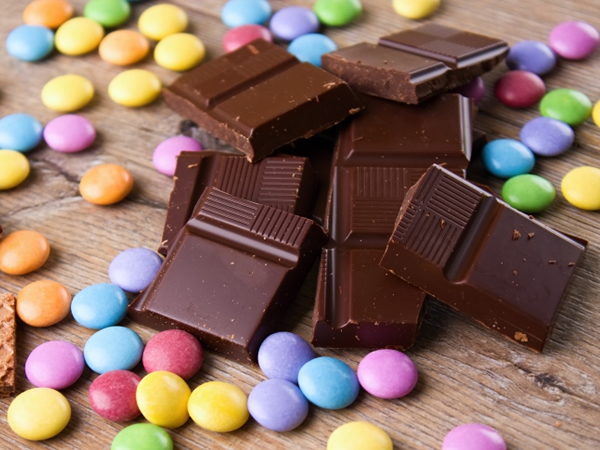 A few weeks ago, I watched That Sugar Film. I bought a farewell box of Smarties– one of those overlarge, overpriced ones you get at movie houses – and settled into my seat, ready to be cured of any desire to eat sucrose, fructose and any other –ose that might be condemned. I finished the Smarties before the opening credits (I’ve never been able to get that right), and thus entered the film in a strangely buzzing state – and with a slight headache.

It was a zany, wild ride.

For those who haven’t yet seen it, That Sugar Film follows slightly off-the-wall Aussie, Damon Gameau, as he switches his home-cooked food for processed food for two months. Over the course of the experiment, Gameau goes from being in prime health to the early stages of fatty liver disease, gains 10cm of visceral fat, has mood swings, and shows early signs of issues which could lead to coronary problems.

To reach the WHO recommended amount of 6 teaspoons a day, we need to know where sugar is hiding. Low fat yoghurts are often a major sugar hang. This tub has the same amount of added sugar as 4 Oreos. #thatsugarfilm #thatsugarbook #hiddensugars #quitsugar #changetheworld

Crucially, he achieves all of this by consuming the same number of calories as before, and not by eating junk food, but rather foods such as cereals, low-fat yoghurt and ready-made sauces, which are often thought of as healthy but which actually contain high levels of sugar. In one particularly impressive scene, while visiting the US, Gameau imbibes a smoothie containing the equivalent of a whopping 24 teaspoons of sugar – around five times the daily recommended intake.

In the US, Gameau also travels to Kentucky, where a dentist has set up a charitable practice to remove the rotten teeth of the state’s teenagers. The reason for this area’s particular dental crisis? A local fondness for Mountain Dew – a citrus-flavoured fizzy drink that is caffeinated in most markets. Even the area’s toddlers are addicted: as local teenager Larry explains, his three-year-old cousin drinks six or seven cans’ worth a day – from his bottle.

It’s sobering stuff. After watching the film I’m suitably chastened – and a bit sluggish as I’m experiencing a massive sugar low. I’ve always tried – with the exception of office cake (which doesn’t count because its free and I didn’t order it) and Smarties (which are imperative at the movies) – to avoid large amounts of obvious sugar, but for a few days I strive to also cut out smoothies, freshly squeezed juices and the occasional muesli bar, too.

Until a few days later, that is, when I watcha BBC Horizon documentary, Sugar v Fat. In an effort to figure out whether it’s sugar or fat which is the enemy, twins Alexander and Chris Van Tulleken try opposing diets: the one cuts out sugar, the other fat. The result? While both lose weight, neither is particularly healthy; and the one eating a low-sugar diet actually starts to show warning signs of diabetes. Here’s a snippet of the brothers in a race – which also shows the surprising affect a diet void of sugar has on athletic performance.

Confused? Me too. Of course, these sorts of films engage in something much maligned by actual scientists: science by anecdote. (After all, would you respect a scientific study with one participant?) That said, they’re both highly entertaining – and probably won’t rot your brain quite as much as some of the other Hollywood options.

Until conclusive scientific evidence is forthcoming though, it seems safest not to do anything too drastic. I have made one dietary promise: if I’m going to eat anything that seems like it might be unhealthy, it had better be really delicious.