The true gospel of word of mouth 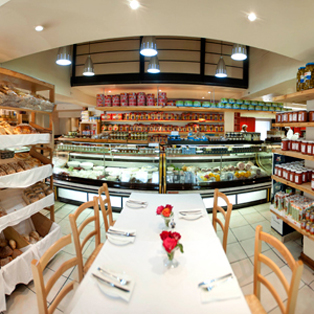 I once saw a well-dressed man discreetly slip off his shoes under the table, almost as a child would do, while eating a large bowl of spaghetti vongole at Tortellino d’Oro in Oaklands Shopping Centre.

He held the clams in his fingers while sucking on them and, although he appeared to be listening to the conversation around him, somehow seemed a long way from his table at the restaurant.

This is arguably Johannesburg’s finest Italian restaurant. Valeria and Dante Bollini say they have never advertised; instead, word about their food has been spread by diners.

“Victor Strugo came here for 17 years and never [wrote] a word about us,” said Valeria.

According to her it was their son who convinced them in the 1980s to pluck up the courage to “go with food”. The butcher in the centre, also an Italian, saw a “for rent” sign in the space where their greatly expanded shop now stands and “we changed our lives. We decided we’re going to make pasta, by hand, with eggs.”

The first thing that happened was that Valeria’s mother came from Italy. Immediately. “She thought: ‘My God, they can’t cook.’”

Suddenly, Valeria and Dante were faced with cooking for 40 people, yet they had never cooked for more than four ­diners at a time. Back then, Valeria said, the suburb was composed mainly of Jewish residents, who persuaded them to make kreplach (small squares of pasta dough stuffed with filling).

But they drew the line at gefilte fish. “We can’t become Jewish. You must fit to what we are,” Valeria told her clientele.

Italians will always tell you self-deprecatingly that their cuisine is a simple one — the best ingredients simply prepared. Were this true, we would all be eating Italian gourmet meals in our homes.

I had come looking for what is probably Johannesburg’s most expensive pasta dish, the R300 ­truffle spaghetti (they shave the ­truffles over the pasta at the table), but that comes only once a year in September when it is flown in from Alba, Italy.

Instead I had the porcini lasagne — a cube of fresh, soft pasta, like the pages of a book, layered with mushrooms.

Remember to take a look at the sheet of specials inside the menu; these are the dishes from which you want to choose. In comparison the menu proper seems a little staid or, rather, like the base on which the ­specials is built. I’m going back for the warm tiger prawns with herbs, parmesan and asparagus (R115) and the oven-baked crostini with camberzola cheese and pear (R85).

Naturally, the restaurant is also famous for its tortellini: pasta filled with parma ham, mortadella, chicken and parmesan, served with cream and mushroom, napoletana, or butter and sage.

There are also 25 flavours of ice cream chilling in the deli that are served in an a bowl made of ice. And no, they do not serve pizza.