The time we ate our way to the Equator (and back) 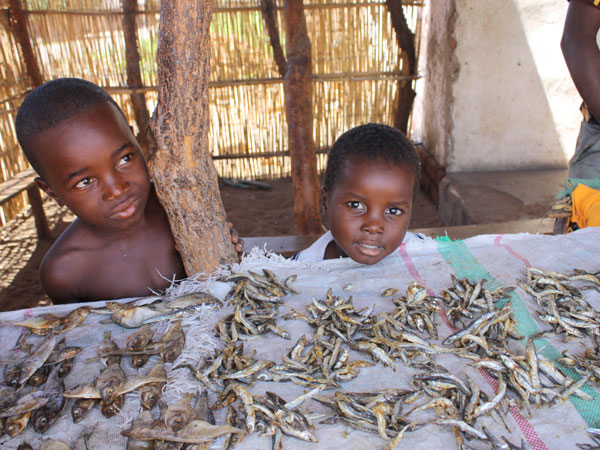 The year was 2009. After three years of long-distance dating, my then-boyfriend and I decided that the best way to test our relationship was to confine ourselves to the front of a single cab for 33 000km. (Spoiler alert: we’re now married.)

We threw caution to the wind, packed a bakkie (affectionately known as The Tortoise) and headed north, with little plan, purpose or direction.

While 2009 may not seem an age ago, it was still a very different time. The ‘feature’ on our phone was a torch, Googling required the use of an internet café, and no parents had discovered Facebook yet. We quickly became masters of the braai, connoisseurs of slow-cooking over coals, and discerning buyers at local markets.

Over the seven-month trip to the equator and back, we sampled many weird, but mostly wonderful, local dishes.

These are but a few:

The one with the Malawian vetkoek

To this day, I dream of mandasi. Essentially the same as slightly-sweet vetkoek, mandasi are sold readily on the side of the road almost everywhere in Malawi. At the price (then) of R2 for two enormous balls, they proved somewhat detrimental to my waistline. 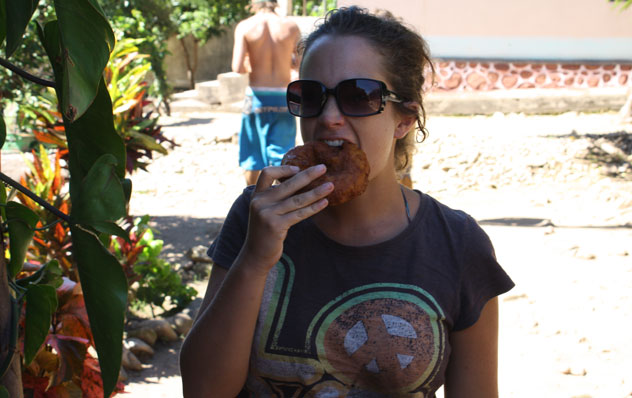 The one with the fried green bananas

While waiting for a ferry in the lesser-known Kilombero Valley in Tanzania, my companion (now husband) Luke discovered a favourite padkos: fried green bananas. An enormous unripe banana sliced in half, fried, sprinkled with a fair amount of salt and served in a newspaper. It wasn’t quite to my liking, but Luke still talks about it.

The one with the dried caterpillars 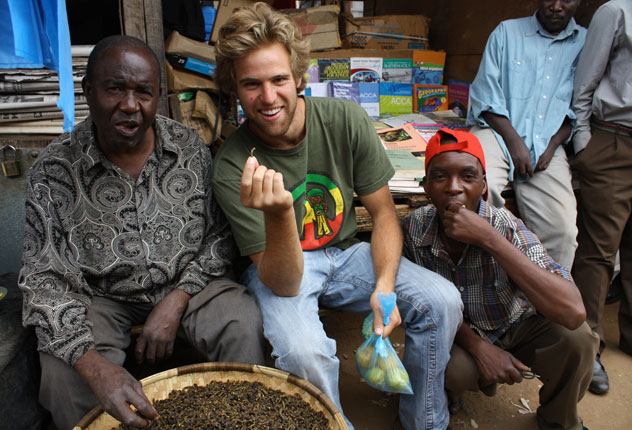 On discovering a vendor selling dried worms, we couldn’t resist sampling his wares. Years later, I maintain they were salted twigs; Luke thought they were remarkable and joined the vendor for a snack.

The one with the ginger-spiced coffee

Lamu Island in Kenya is a magical place. Lamu Old Town was one of the original ports on the trade route (dating back to the fourteenth century!) and has lost little of its Swahili authenticity. It is the epitome of a culture mashup and the cuisine is a magnificent blend of East meets Africa. I could wax lyrical about the curries and pilau rices and fresh island fruit, but the most memorable taste from this tiny island was the spiced coffee. Think moerkoffie without inhibition. It was a liquid fireball, on the brink of undrinkable but impossible to put down. 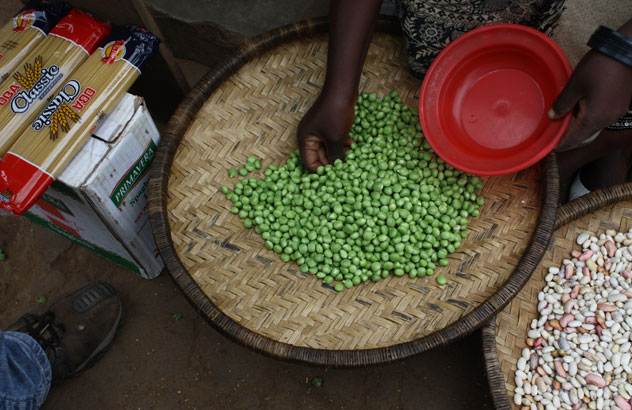 Produce at the market

The one where the bokkoms had a hint of carbon monoxide

In Malawi, it is not uncommon to see an abundance of fish strung to the front-grill of trucks. Why not? Head-first into the wind under the hot African sun is the quickest way to prepare bokkoms. 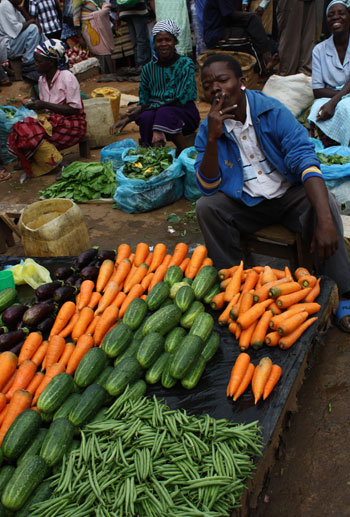 The one where the potatoes were fried in goat oil

Before you wax lyrical about how delicious goat-meat is, let me stop you right there. I am not a fan. Potatoes fried in (very) old oil that was, once upon a distant memory, used to fry goat meat on the side of the road, sampled on a moderate-to-severe Kuche Kuche hangover, will cure you of any desire to eat it again. Not even El Burro can convince me otherwise.

The one where we ate road runner

The craving for a chicken flattie overcame Luke and he befriended a vendor who promised to source us a bird. “It may take a while,” he warned. The following day, he arrived at our tent with a (mostly) plucked-and-gutted fowl. Luke stoked the fire, butterflied and basted the bird, and proceeded to cook his desired dish.

Here’s a free life tip: you don’t really want to eat true free-range chicken. The cooked flesh resembled the texture of leather and required the use of a Leatherman for cutting. This chicken had roamed fast and free across the shores of Lake Malawi – an ounce of plump flesh was nowhere to be found. In hindsight, an 8-hour coq-au-vin may have been more palatable.

We have myriad more tales to tell. 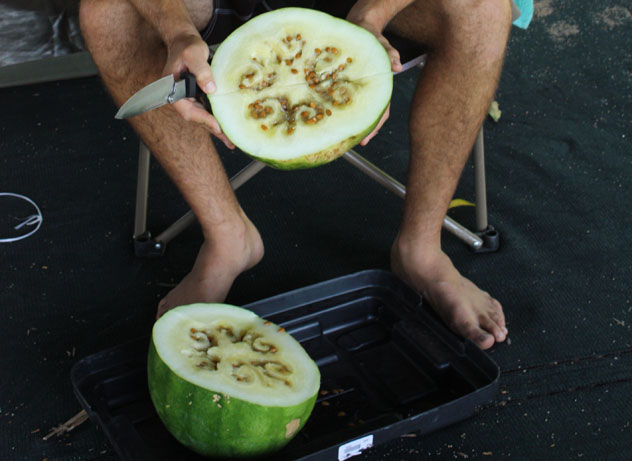 You’ll have to join us around a campfire one day to get the full scoop.