What’s hot at the Top 10 this winter

Wednesday, May 2nd, 2012 by Katharine Jacobs and Linda Scarborough 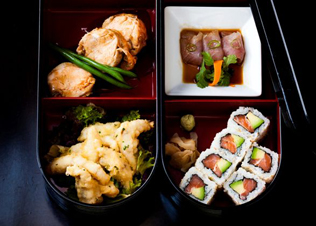 There’s a definite nip in the air and there’s no doubt about it: the seasons are a-changing. We caught up with our Top 10 restaurants to see what the trendsetters are doing this winter.

Peter Tempelhoff is fresh from a trip to New York where he participated in the Dîner des Grand Chefs at Gotham Hall, a high profile benefit run by the Relais & Châteaux hotel chain with some of the world’s top chefs, such as Daniel Boulud, Jean-Georges Vongerichten, Thomas Keller and Daniel Humm. “It was so cool to socialise and then cook with some of my mentors, who are now becoming friends,” Peter says.

Did he pick up on any trends in NYC? “Virtually every month there’s a new one. Pop-ups are obviously big, as are gourmet food carts. Restaurant-wise, there’s a new Daniel Boulud eatery called Boulud Sud, which is focussed on Mediterranean-French cuisine. It’s great. Also, Brooklyn Fare is hot at the moment, an 18-seater where César Ramirez cooks and serves in front of you. It really is worthy of the 3 stars, according to all who go there.”

The Greenhouse will be closed for July, and the team is already working on the reopening menu. “We have some really unique concepts on the cards. Can’t wait to get them into practice…”

While Peter’s been away, head chef Gerald van der Walt has been experimenting with a beef tongue to tail dish, encapsulating the ‘nose-to-tail’ concept. The dish includes a caper tongue vinaigrette, short-ribs (braised, deboned and pressed), crispy sweetbreads, Chalmar beef and tail. It’s served with potato mielie pops, which have a potato centre, covered in meliepap, fried once at 120°C, covered again in mieliepap and fried again at 180°C. Gerald is also playing around with a ‘foie granola’ of puff pastry, puffed wheat, homemade granola, honey butter, yoghurt and pan-fried foie gras.

The Greenhouse winter specials will start later in winter. (The Conservatory Restaurant, also at Cellars Hohenort, is however already running a special. The sample menu includes two courses for R155 per person (with paired wine for R195) or three courses at R190 per person, or with paired wine at R255. It’s valid from 7 May to 30 September 2012, excluding Sunday lunch.)

2. The Test Kitchen by Luke Dale-Roberts

We hear The Test Kitchen team is nursing hangovers this morning, after the restaurant came in at number 74 at the World’s 50 Best Restaurants Awards (announced on Monday night). Glory aside, Luke has just secured a food lab across the road from the restaurant, where he’ll be focusing on development of dishes. “We’ll be able to create better and faster,” he says. He’s excited about working on conceptual, thematic food. The chef is currently also busy working on a new autumn tasting menu with earthy, elemental flavours and autumnal colours. As far as new dishes go, Luke says he’s working on a sweet potato dish with porcini mushrooms. On the dessert side, there’s a roasted quince – “It’s a sort of a play on a rice pudding, but it’s gratinated.”

The Tasting Room has come in at an impressive 57 in the World’s Best 50 Restaurant Awards. Executive chef Margot Janse says a surprise tasting menu is on the cards for winter, so her lips are sealed on the details; however she does reveal that things will be even more indigenous and African. Vanie Padayachee has returned ‘home’ to LQF and will be spicing things up in the The Common Room. In exciting news, The Tasting Room will be closed from the end of June until mid-July for a refurbishment under the skilled eye of set designer Herbert Janse, Margot’s brother, who will fly in from Amsterdam once again to see to the restaurant’s interior design.

“I’m still recovering from the season. It was hectic, hey,” laughs PJ Vadas. The chef says he and Eric Bulpitt are getting ready for the new winter produce. “Mushroom season is starting, the wild herbs are coming into season – and nasturtiums. We will start pickling soon.”

He also raves about one plant most try to avoid: stinging nettle. “It’s very good for you, and full of iron!” he insists. As for new dishes, they’re serving up a new cob dish, with caramelised cauliflower purée, sunflower seeds and malt oil. They’ve also got a shiny new pastry chef, Ingrid, formerly of La Colombe and Caffe Milano. She’ll be working in partnership with Marcus from Île de Païn to put together a chocolate board and chocolate tasting for winter, using Felchlin chocolate from Switzerland (one of few products they import). Their winter special started on 1 May and, at R295 for four courses, includes canapés, pre-dessert and bonbons, we reckon it’s a steal!

“Well, we have had an incredible season at Overture; it’s great to have the time to focus on new ideas now,” says head chef Bertus Basson. “We are anxiously waiting for the return of mushrooms in Stellenbosch. We will be picking, pickling and smoking them very soon. I also received two suckling pigs from a Farm in Greyton called Loganshire. Also, certified Karoo lamb, from Eat Karoo, is super high on the list – confit lamb neck…”

Bertus also mentions that the game season is about to start, and they’ll soon have whole animals to work with. “We have also started working with a lot of sago and different kinds of rice making various fun things. It has been a revelation to start brining different products, using different brines to achieve different results.” The cheeky chef says he’s also going to be selling ‘wors rolle’ in his new yellow caravan, Betsie. Check her out here.

Chef Michael Broughton of Terroir says their menu will change slowly, one dish at a time, to make sure that everything is perfect. “I have been working on a banana dessert for some time now, through trial and lots of error. I’ve been playing around with roasted banana madeleine and baba dough (rum baba). This is very similar to a brioche – a sweetened dough with lots of butter, sugar, eggs, rum syrup, vanilla and zest. It’s like a gourmet koeksuster; a delicious, unctuous autumy wintery flavour and texture.”

Michael’s version is made with almond flour, lime and vanilla, served with white chocolate sorbet and a cherry sauce with roasted pistachios. The caramel is infused with banana and the soaking sauce, too: this is no ‘ma se banana koek’. “Another interesting dish for winter is a crispy salmon in thin pastry served with green Thai lentils. Then I keep it a little French with some bacon-infused foam.”

“Autumn and winter in the winelands means mushrooms!” say Louise and George Jardine of Jordan Restaurant. “We often start our days with a long walk through the pine forests in Paradyskloof and Jonkershoek looking for chicken of the forest, porcini, pine rings and slippery jacks. Wood sorrel and nasturtiums are also growing like wild-fire as soon as it starts raining.”

They’re also introducing Suckling Pig Saturdays (it’s got quite a ring, hasn’t it?). “Penny Verburg from Luddite is fattening up the piggies and George and Kyle are thinking of the best accompaniments to wood-fired pork bellies, shoulders, terrines and pies,” reveals Louise.

“We buy whole gemsbok, springbok or blesbok – or shoot them ourselves on the annual boys weekend! – and the restaurant often looks like a butchery. We make sausage, bresaola, pancetta, mince and anything else we can think of. Our copy of Kook en Geniet comes in very handy!”

From May they’ll be offering their very popular bread-baking courses on Saturday mornings. “This year we will also be doing morning courses on duck and fish.”

Fred Facheux has replaced Hideki Maeda as head chef at Nobu at One and Only Cape Town – we hear Hideki has headed back to Blighty to run Nobu London. Their new winter menu includes winter omakase (Japanese for “I’ll leave it to you”) with a six-course tasting menu. The original omakase goes for R485; and the chef’s special omakase for R585. They’re also running a winter special, which includes an original bento box for R275, including dessert; a deluxe bento box at R375; and, in the sushi bar, signature sashimi and cut rolls.

The winter menu at La Colombe promises wintery food, earthy flavours, and lots of confit, according to executive chef Scot Kirton. “One of the starters we tested this week is Jerusalem artichoke velouté with a wild mushroom and foie gras sphere, confit duck leg, lentils and peas,” he tells us.

“Our herb man is growing us a special range of micro herbs. At the moment we are experimenting with beluga lentil sprouts, cauliflower sprouts, kohlrabi sprouts, mung bean sprouts and have many more in seed to try in coming weeks.”

Scot says diners can expect to see lots of Asian-influenced French cuisine at La Colombe this winter, such as beef tataki as well as an Asian-style kingklip, which consists of pan-fried kingklip, an Asian lentil salad, cashew and lemongrass purée, coconut and lime foam, and baby calamari, finished off with a few mung bean sprouts. He’s also taken a liking to kalamansi, an Asian citrus fruit similar to yuzu, and is experimenting with nori puffs. “These puffs are along the same lines as those prawn chips you can buy in Chinese takeaway shops, but we have flavoured them with nori. They add an incredible flavour and texture to a dish,” says Scot.

On the dessert front, Scot and his team are sticking to the earthy flavours and will be serving a warm parsnip cake, with a parsnip and chocolate crémeux, smoked almond ice cream, quince butter and naartjie crumble. “I will be travelling to the UK next month to eat at their top restaurants to gain inspiration for our winter menu, which will start when I return.” They’ll be closing for a month on 16 May.

See all the winners of the 2012 Eat Out DStv Food Network Restaurant Awards here.