Why we need more pubs 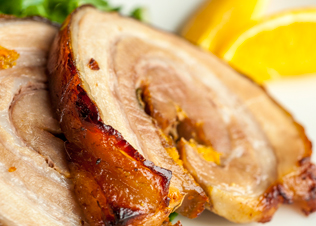 First off, I’d like to be clear: it’s not that we have a shortage of drinking establishments here in SA. We have some pretty amazing bars – the glass-fronted sea view kind, the city-slicker kind and the seriously dodgy, get-a-tetanus-shot-before-you-visit kind. What we don’t have, I would argue, are many good quality pubs, somewhere in between these extremes.

So what’s so great about pubs? And why do we need more of them?

Because we need somewhere unpretentious to drink

“I couldn’t find a spot to kick back with friends after work, where I could feel comfortable and unwind,” explains Lorenzo Magni, on the motivation for opening up new gastropub The Odyssey in the old French Toast space on Bree Street. The owners of the Woodcutter’s Arms in Hout Bay mirror this sentiment: they wanted to create a place where they themselves would want to go have a drink. Why don’t we have anywhere to drink after work?

Because all the wine bars closed

As Brent Meersman wrote some time ago, wine bars seem to close even faster than restaurants. In Cape Town alone, The Nose, French Toast, Cru Café, Toro Wine Bar, Chenin and Caveau have all come and gone in the last couple of years, leaving something of a vacuum in the after-work drinks market. But who’s to say the same thing won’t happen to pubs, I hear you cry?

Because pubs are better suited to winter

While the situation is reputedly not as bad in Gauteng, Capetonian restaurants suffer from seasonal trade. Restaurants that buzz during the summer months are forced to resort to extreme winter specials just to stay afloat between April and October. Many even close for a month or two to cut costs. The reason? Partly, it’s the tourist trade, which slacks off in winter, but I’d also argue it’s because Cape Town’s restaurants and bars are geared for summer. In the cold, wet winter months, there’s something supremely unappealing about plate glass and chilly, cavernous spaces. ArmModern British pubs have their roots in Anglo-Saxon times, when many individuals opened up their homes, creating ‘public houses’. In fact, many British pubs are still family homes. The result? A relaxed, comfortable environment. In winter, the smaller windows, roaring fires and thick carpets of pubs are inherently more appealing. But why would we go there in summer?

Because proper pubs have beer gardens

And who doesn’t want to be able to drink outside on a lawn when the sun comes out?

Because we need to work on our beer drinking culture

Now I don’t mean to suggest we haven’t been doing a good job at drinking beer; I think we’re excelling at that. But while we’ve long had a culture of appreciating wine, beer has merely been a means to an end. Fortunately, our craft beer market is expanding by the hour: new brewers are bringing out seasonal brews and unusual varieties like IPA, and Unity in KZN even brews its own house beer, Cowbell. Developing a beer drinking culture might actually mean drinking less – but better – beer, and appreciating it more. Even commercial brewers SAB have just launched a beer rating app to help encourage the phenomenon.

Because the food is getting better

British food – the frame of reference for pub grub – has improved in leaps and bounds since the mushy peas and jacket potato days. Gastropubs like The Griffin, The Odyssey, Woodcutter’s Arms and Frank’s Speakeasy offer a gourmet rendition of the classics, a far cry from some of the grub available in our dodgier ‘pubs’.

Because sometimes you just want a snack and a beer

“We introduced a grazing menu with smaller items like Scotch eggs, pork pies and sausage rolls because we didn’t want to alienate the people who just wanted to come for a drink,” says Richie Tewnion of Woodcutter’s Arms. “It’s kind of like English tapas.”

Because pub quizzes are great

When else can you deploy your knowledge of the James Bond actors, the names of all the Springbok Rugby coaches since 1986, and the defining opening strains of old Dire Straits songs?

Because Sunday roasts are great

At The Griffin in Illovo, the Sunday roast alternates between chicken with sage and onion, roast leg of lamb with home-made mint jelly, beef rib with Yorkshire pud, and pork belly with red cabbage and crackling, while at Woodcutter’s Arms you can get your hands on beef sirloin with Yorkshire pudding and horseradish cream, or an overnight-cooked pork shoulder with apple-and-chilli jam and crackling.

Because it will make us nicer people

Do you have any idea how difficult it is to be natural and friendly in the vicinity of a plunge pool? Exposed brick is a much more conducive surface for inclusiveness than plate glass. Pubs, unlike bars, create a community of regulars, who occasionally may even actually acknowledge one another’s existence with a friendly nod. And while it’s nice to feel sophisticated in an ‘exclusive’ bar, there’s nothing quite as nice as a spot where everyone knows your name.

Places with a pub-like atmosphere

&Union
Hipsters may be pretty thick on the ground, but these chaps started the ball rolling with the creation of a proper beer culture in the Cape.??

Carlyle’s on Derry
Something about this restaurant works well for a relaxed, after-work drink. It functions as a ‘local’, for many Vredehoek-ians.

Ferrymans Tavern
It’s Waterfront location makes for a large proportion of tourists, but the vibe is still homey.

The bar at Ricks
Again, this may be a restaurant, but the bar counter and fireplaces make for a great after-work drinks/relaxed first date venue.

The Odyssey
A shiny new gastropub on Bree Street to try out.

Woodcutter’s Arms
Hout Bay’s first gastropub is good for just a drink or for a meal.

Brazen Head
A good spot to wait out the traffic, with good specials and a great St. Patrick’s Day party every year.

McGinty’s
Similar to Brazen Head, with Guinness on tap and Irish potato pancakes.

The Radium Beer Hall
One of the oldest pubs in Joburg, with accommodation in case of overindulging.

The Griffin
Hip new gastropub with plenty of craft beer on tap.

Zoo Lake Bowling Club
Not exactly a pub, but a great, homey atmosphere with cheap beer. And it’s dog-friendly.

Unity
This café/restaurant/bar has a pubby vibe and brews its very own beer.

Frank’s Speakeasy
A new spot by the owners of Marco Paulo, with a big focus on unusual artisan beer and good comfort food, like the ultimate burger.