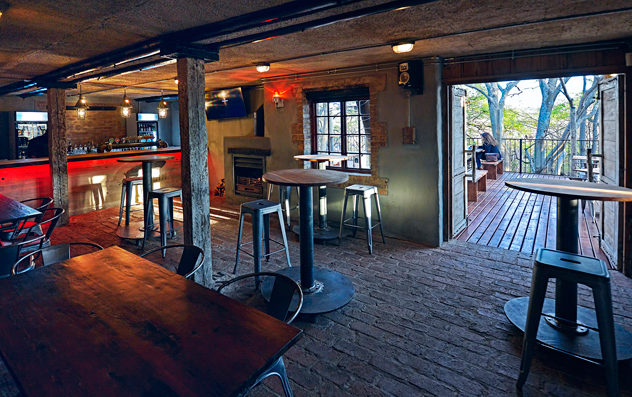 Located in the East of Pretoria at Blos Café is the jacaranda city’s newest watering hole and craft beer brewery. Zeppelin Brewery and Bunker Bar is styled after an underground bunker with WWII-themed furnishings, classic rock music and craft beer.

In February 2016 part of Blos Café burnt down, but this didn’t stop the team from using the calamity as a way to revamp the already-popular spot. The 300-seater establishment didn’t have a bar area where people could relax with an afternoon beer or enjoy drinks with friends, which is where brewery owner Paul le Roux stepped in. 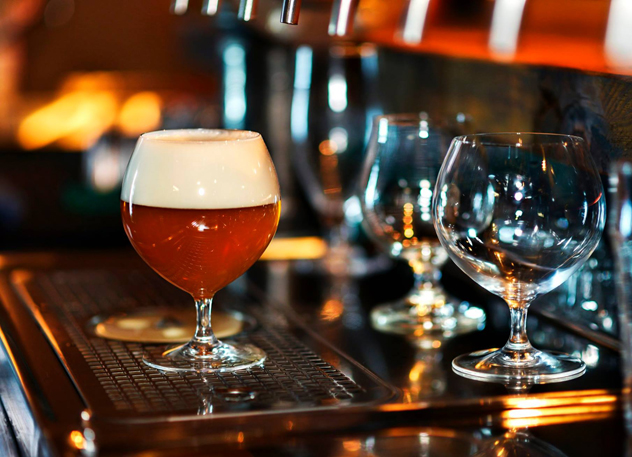 New Zeppelin Brewery and Bunker Bar promises a relaxed atmosphere where patrons can sit under the trees in summer and cosy up in the bunker – complete with fireplace and a flat screen TV – in the winter months. The big drawcard at the new locale is the beer: They currently stock an impressive selection of approximately 80 craft brews from all over, but with a focus on the Zeppelin Brewery brand that’s brewed on site and served on tap. 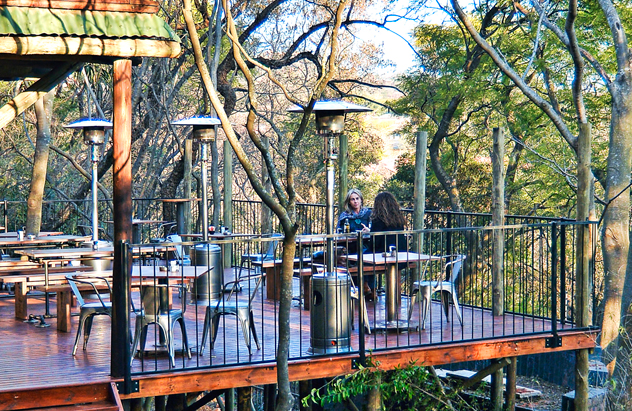 On the food side of things, hungry beer drinkers can tuck into a range of bar snacks (think bitterballen, beer bread and sriracha-candied nuts), rump steak burgers, sandwiches and meaty mains. There’s even a braaibroodjie for the ultimate beer-pairing sarmie.

Zeppelin Brewery and Bunker Bar will also host a port-and-wine evening once a week, as well as whiskey blending events. Keep your eyes on the Facebook page for events announcements.