The country's top casual restaurants for 2018 were announced at the 2018 Eat Out Mercedes-Benz Best Everyday Eateries.

The top names in each category for each province were determined by a two-step process. Star ratings given by the public on eatout.co.za and the Eat Out app from 1 September 2017 to 31 August 2018 were tallied. The restaurants that received a large volume of high scores from fans were visited by Eat Out's professional critics, gave their own ratings. Final results were based on a 50-50 composite score from the public and the critics.

This is the fourth year running that Eat Out, together with Mercedes-Benz, invited the public to help choose South Africa’s favourite everyday restaurants. “These awards never fail to excite us, as we find out which restaurants inspire the most devotion amongst its fans,” said Linda Scarborough, Editor of Eat Out. “This year the easy-to-use Eat Out app made reviewing that much easier, so we could garner public opinion on as many South African restaurants as possible."

The 2018 Eat Out Mercedes-Benz Best Everyday Eateries in the Western Cape are:

Best Indian-Inspired Eatery: The Indian Chapter with Prim Reddy (Bloubergstrand) - Winner of this category for the second consecutive year

In addition to the winners, the following runners-up were also awarded highly commended certificates:

Eat Out Tramontina Highly Commended Steakhouse: The Local Grill (Parktown North) - winner in this category in 2017

For the first time this year, we recognised a reader reviewer chosen from our user base across the whole country, with a goal to encourage more fair, balanced reviewing in an industry blighted by trollery. Read more about the award here, and the true cost of reviews here.) 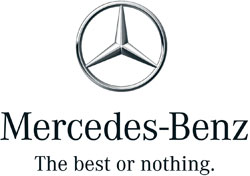 Eat Out fans directly influence the results with their star ratings when they review a restaurant on the site and the Eat Out app. Stars are awarded from one (poor) to five (excellent), for food and drinks, ambience and service. The restaurants with the highest average star rating in each category in each province for the period are eligible to win. As in 2017, each shortlisted restaurant will be visited and rated by an Eat Out critic. Final scores will be based on a 50-50 composite rating determined by the public and the critics.

For the first time in 2015, Eat Out hosted this new set of restaurant awards, with the winners in each category in each province voted for by the readers.

The winners of the 2018 Eat Out Mercedes-Benz Best Everyday Eateries will be the restaurants in each province in each category with the highest average ratings by readers and critics on eatout.co.za and the Eat Out app, over the period of 1 September 2017 to 31 August 2018.

(The Eat Out Mercedes-Benz Restaurant Awards remain focused on the Top 10 fine-dining restaurants in the country, and are judged by a panel of experts.)