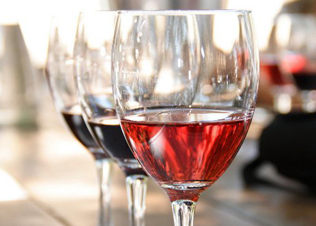 When you sit down to enjoy a glass of wine, do you ever stop to think about what goes into it? Discovering that wine is not just a product of nature’s bounty can be quite a shock. Firstly, there are all the fertilisers and chemicals used in the vineyard to control pests and disease. It’s no better in the winery – the list of permitted substances that can be used reads like a mad scientist’s handbook. A spot of copper oxychloride (to control mildew), ammonium sulphate (to kick-start fermentation) or PVPP (to reduce bitterness) anyone?

Of course these additives are not dangerous to human health. But growing public interest in the benefits of more naturally produced food is spreading to wine, with a steady increase in the number of farmers going down the organic route. In many countries around the world sales of organic wine have exploded, and the trend is catching on here in South Africa.

Just a decade ago, organic often equalled lousy quality and many of us felt you needed to wear a woolly beany to drink the stuff. But there are now around 10 certified organic farms, including Reyneke, Avondale, Waverley Hills, Laibach, Lazanou, Upland, Stellar, Org de Rac and Bon Cap, with many more about to get the official stamp. Other producers and retailers such as Tukulu, Rooiberg and Woolworths have organic, no sulphur-added or sustainable-specific ranges.

Organic in South Africa means wine that has been made with organically-produced grapes. This means it affects more to what happens in the vineyard than the winery, and preservatives such as sulphur dioxide can still be used. It’s a way of farming that views the vineyard as a living ecological system, rejecting the use of herbicides, fungicides, pesticides and fertilisers. Biodynamic farming takes it one step further, reverting to an ancient system that works in harmony with lunar and cosmic cycles and homeopathic remedies.

While organic farming is definitely better for the environment, is it better for quality? Organic and biodynamic producer Johan Reyneke certainly believes so after his wines went on to win a whole clutch of awards and 5-star Platter status after he converted his vineyards. “I believe it is a synergy between respect for nature and respect for people that will help you improve the quality of your product”, he says. “But there is no use being organic or biodynamic by neglect – you have to do it by design.” He compares the taste differences to Dolly Parton (conventional wine) versus French actress Juliette Binoche (organic/biodynamic wine) –  one is more immediately big and blousy but fades quickly, while the other is more elegant, reserved and long-lasting. Corne Marais, winemaker at organic farm Avondale, believes organic wine is a more natural expression of where it comes from. “The wine is more of a true expression of the region because of less interference, and there is a wider range of flavours”, he says.

In order to test the theory, I tasted through 19 organic wines with a group of friends and experts. I also sampled the organic wines at WineX in Joburg. We were interested to see if there was a common stylistic thread. While these may have nothing to do with them being organic, we noticed all the wines were gentle and harmonious, with no greenness of flavour and good structure. Here are the top 10 wines, in order according to the scores given (there are joint wines in fourth, fifth and seventh place). All prices approximate.

1.    Upland Cabernet Sauvignon 2005
Most of us had never heard of this tiny Wellington estate but this was an outright winner. Aromas of aniseed, blackberry, cloves and tea leaves, beautifully structured with a velvety texture. (R110, organicwine.co.za)

2.    Bon Cap The Perfect Blend 2009
This blend of cabernet sauvignon, shiraz and pinotage is jam-packed with notes of sweet spice, mocha, savoury stew and is quite Rhône-like. Very easy to drink! (R70, Checkers or cellar door)

3.    Reyneke Reserve Red 2008
70% shiraz and 30% cabernet sauvignon. Fantastic intensity of flavour and elegance with warming spice, plum and mineral notes. A comforting and tranquil wine – like a hug on a cold night. (R320, nadia@reynekewines.co.za)

4.    Bon Cap The Ruins Pinotage 2009
This is quite light and zesty for a pinotage. Lots of red fruit character, a hint of toasted nuts. Feminine, floral, joyous and very good value! (R45, cellar, R39.99 Checkers where sold under Green House label)

5. Upland Cabernet Sauvignon 2008
This is more of an excitable child compared to its older sibling. Loads of bright fruit, tannins and a chunky structure. (R80)

6.    Bon Cap Cap Classique 2006
We couldn’t believe how fresh this was considering its age. Honeysuckle and grapefruit notes with a hint of yeasty brioche. Delicious. (R110, cellar R99, Checkers)

9.    Waverley Hills Semillon/Chardonnay 2009
There is a green herbal note, which gives way to a fresh, fruity and rounded white. A soft and pleasing wine. (R45)

10. Stellar Organics Chenin Blanc/Sauvignon 2011
Would be ideal for a (cheap) girls’ night in or as a braai wine. Sherbet, greengage, peach notes with a hint of tropical weight. Not exactly complex but at that price who’s complaining? (R22, cellar door only)