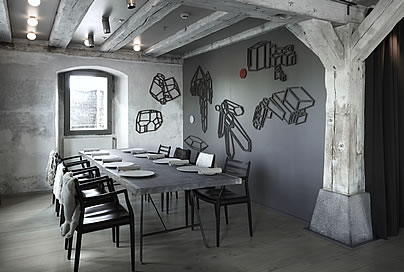 The wait is over. The 2011 San Pellegrino World’s 50 Best Restaurants were announced last night during a glitzy award ceremony held in London’s Guildhall.

The Best Restaurants list is organised by British food publication Restaurant Magazine, and distils the dining experiences and judgements of 800 international gourmands.

Indisputably the biggest news of the evening was that Copenhagen’s Noma was again crowned winning restaurant, after being awarded with that same honour last year.  Noma’s understandably elated chef René Redzepi, joined by his Viking-hat-donning kitchen team, marched to the stage and took a swig of champagne from a horned goblet, before saying to his team: “We did it. Together. Again.”

The judging panel hailed the restaurant for its “fanatical approach to foraging” and said that its “ingredient ingenuity and flawless execution” made it a beacon in culinary excellence.

Another surprising turn in the evening’s events was that Feran Adrià’s El Bulli, named number 1 on Restaurant Magazine’s top-50 list a whopping five times, was completely absent from this year’s list. This is apparently due to the fact that Adrià will be closing El Bulli in July to turn it into a culinary academy.

Finally, Eat Out’s warmest and proudest congratulations go to Tasting Room at Le Quartier Francais, which earned 36th place on the coveted list and was hailed with the Aqua Panna The Best Restaurant in Africa and the Middle East award.