Our next nominee for the 2016 Boschendal Style Award is Springfontein Eats in Stanford, a rustic yet chic eatery with a warm, laid-back atmosphere. Here’s why it deserves its nomination.

The look: Elegant country dining
The location: Springfontein Farm in Stanford
The creatives: Interior design and architecture by Maureen Wolters

A strong spring that flows up through the limestone layers beneath the earth is what gave this farm its name more than 200 years ago. Turning off from a dirt road that runs along the Klein River into the estate, visitors are greeted by trees and expansive lawns (dotted with ducks and a friendly cat), and the old farmstead that has been converted into the restaurant. 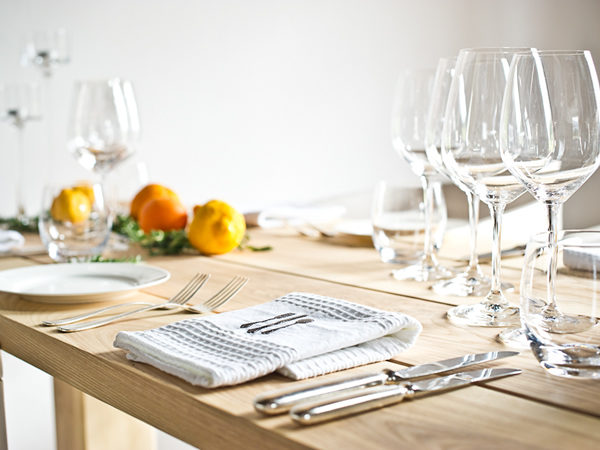 The clean lines of the tables add a modern touch to the heritage interior. Photo supplied.

For the restaurant design, the owners introduced elements of farm history, farm life and a close relationship with the natural surroundings. With the help of Maureen Wolters, a local architect who specialises in heritage buildings, the farmhouse was stripped of any modern aspects, which revealed the beautiful bones of a classic Cape Dutch house.

The cool, subdued interiors are intended to highlight the beauty of the old building. This is done with subtle lighting, muted colours, and a few quirky elements, like a telegraph pole in the middle of a room that marks the boundary line between two farms on which the house was built. Warm yellowwood beams offset the exposed sandstone walls, and the clean lines of the tables add an understated modern touch. Tables are simply decorated with natural elements such as plants, herbs or fruit from the farm. 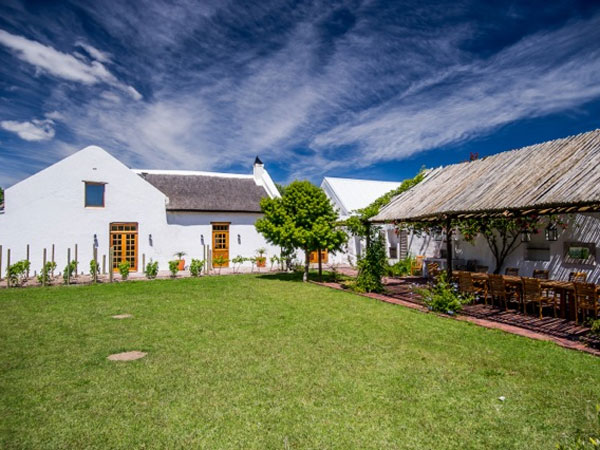 The farm takes its name from a strong spring that bubbles up through the limestone. Photo supplied.

The tranquil restaurant also boasts a sun-dappled undercover patio draped in bright bougainvillea, making it a great spot for a long lunch in summer.

Chef Jürgen Schneider, who held a Michelin star at his restaurant outside Heidelberg in Germany, brings innovation to his seasonal menu at Springfontein Eats. Using foraged herbs and vegetables and locally sourced fish and meat, and a dash of molecular gastronomy, Jürgen creates food that is both seasonal and aesthetically exciting. Dishes might include calamari with corn, sardines with cauliflower, beef with beans and marrow, or dune spinach with trout.

Does Springfontein Eats have what it takes to win the 2016 Boschendal Style Award? We’ll find out at the 2016 Eat Out Mercedes-Benz Restaurant Awards on 20 November.