Like to start your day with a glass of good stuff? Take your favourite breakfast smoothie up a notch with coconut water. 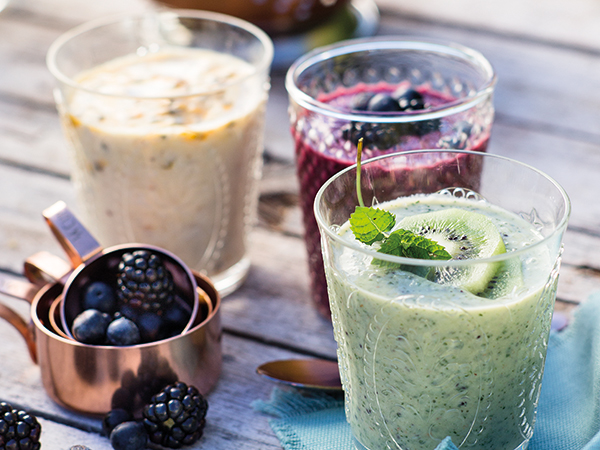 Start by making your smoothie base (this makes enough for 3 smoothies, so adjust according to how much you want to make in one batch):
Blend together 6 peeled and frozen bananas, 360 g plain yoghurt and ½ cup coconut water. Tip: freeze the smoothie base to make your own banana frozen yoghurt!

Next, add your favourite fruit to the base and blend. Try one of these combinations:

If you’re not already a coconut-water fan, you will be once you try Woolies’ very own range of coconut water. It’s so delish, you’ll think you’re sipping from an actual coconut. That’s probably because it’s made from young green coconuts, is unsweetened and contains no added preservatives. You can cook with it, too – try this pork belly braised in coconut water.