30 recipes from celebrity chefs around the world 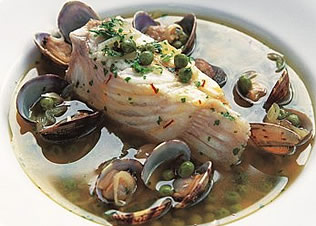 In recent years, chefs have become celebrities on the same level as musicians, actors and reality-TV stars. In July of 2012 Forbes released a list of the Highest Earning Celebrity Chefs. Topping the list was Gordon Ramsay with earnings of an estimated $38 million in the past 12 months. (They do suggest, though, that he is probably more widely-known for his foul mouth and kitchen behaviour than for his food!) Jamie Oliver is probably the UK’s most famous chef and, according to a 2012 This is Money article, the world’s richest cook, worth a whopping £150 million at that stage.

Famous though they may be, we’re on fairly intimate terms with these chefs. They live in our kitchens, in our bookshelves and come alive on our televisions. They guide our hands as we dice, chop, cube, slice, mix and fold. Having met their creators on screen, we feel we can trust the recipes implicitly.

To help you compete for bragging rights, we’ve come up with a list of our favourite celebrity chef recipes. Find your idol and cook like one.