It’s not news that the craft beer culture is alive and well in South Africa. But what’s almost as important – or possibly more so, in our books – is the food you pair with it. Whether you’re washing down a cheeseburger with a pilsner or sweet and spicy chicken with a London ale, food and drinks pairings shouldn’t be restricted to wine. For your next beer-drinking excursion, visit these five great spots for delicious pub grub pairings.

Head to the picturesque Spice Route and start off by snacking on kudu biltong (R37 per 120g) while sipping a crisp 500ml CBC lager for R38. The more ravenous can look forward to the Tafelburger: inspired by Table Mountain, it comes smothered with a melted mature white cheddar ‘tablecloth’ for R97. The burger pairs perfectly with a robust CBC Pilsner (R29 per 300ml).

With 99 bottles of the best local and international beer on offer, Beerhouse is definitely for the adventurous drinker. There’s a small selection of food and beer pairings from which to choose, such as the honey-and-balsamic-glazed chilli chicken with wasabi mayonnaise, which comes served with a Lakeside Beerworks London ale. This costs R70 as a pairing. 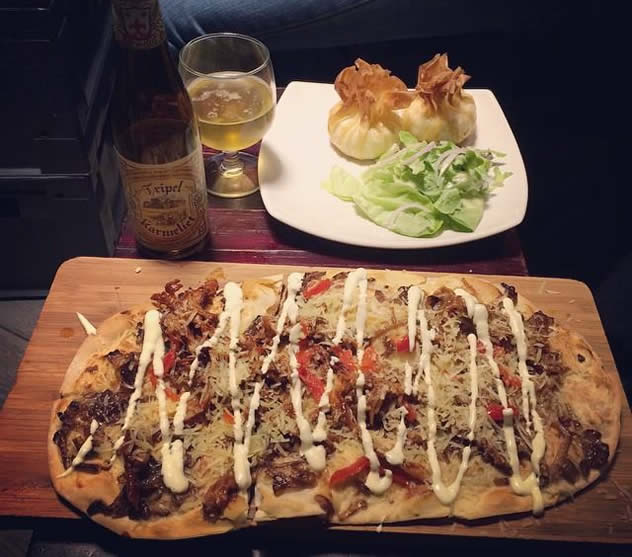 The Capital Craft guys are armed with a large arsenal of dishes to partner with one of their 160 craft beers. We recommend their platter of six speciality German sausages on a board with German mustard, wholegrain mustard, sauerkraut and a chutney mustard mayo (R160). This platter, meant for sharing, is recommended with Drayman’s Altstadt Weissbier on tap for R25 for 340ml. 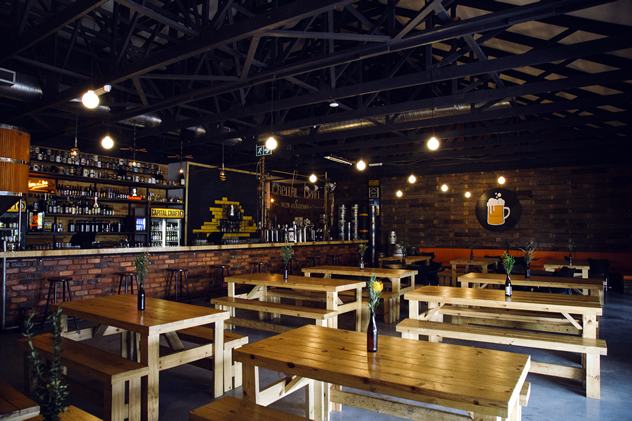 Beer lovers and foodies alike will enjoy this brewery’s offering of Spanish tapas and street food to pair with their offerings. Order a bowl of warming onion-and-beer soup with cheese toasties (R35) and match it with their German Weiss beer, which is cheekily named That Good Adweiss. For those with a sweet tooth, try the dessert option of mini doughnuts served with salted caramel (R40) and wash it down with That Red Irish Cream Ale. All beers are R18 for 300ml or R25 for 500ml.

They’ve got just the thing for pairing fans: a board with tasters of five Devil’s Peak brews and five tapas portions. The board includes First Light Golden Ale with grilled hake; American Pale Ale with a corn dog and mustard; English Ale with corn bread; Woodhead Amber Ale with pulled pork; and Blockhouse IPA with gorgonzola. You can enjoy all of this for R135. 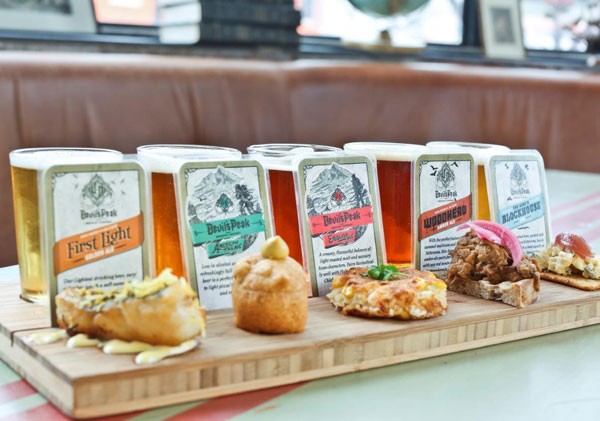 Food and pairing board at The Taproom at Devil’s Peak Brewing Company. Photo courtesy of restaurant.

Tell us about your favourite beer and grub pairings in the comments below.