When the weather cools in Cape Town, the locals seem to all but disappear entirely. If anything coaxes them out into the cold drizzle, however, it’s a warm dessert. Thankfully there are some truly delicious hot desserts available at a number of restaurants across the city.

As far as chocolate fondants go, Giorgio Nava’s at 95 is one of the originals and best. There are two versions of it on the menu – a white and a dark chocolate. The secret to success is to order both (R60 each) with a scoop of their homemade vanilla ice cream on the side. 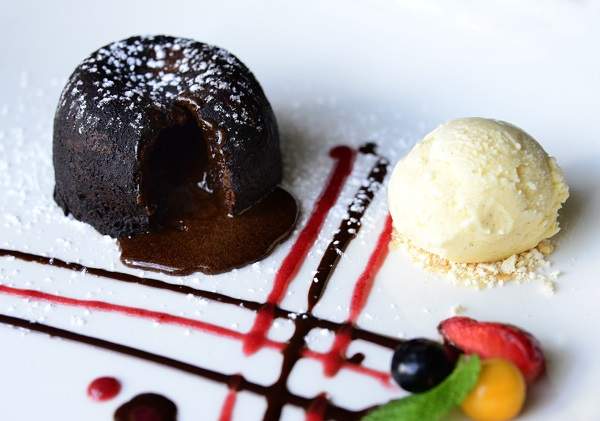 This neighbourhood gem is nothing short of iconic, and the cosy restaurant is famous for serving up some of the best pizzas in town. This winter, though, leave space for dessert – in particular the banana flambé (R45). Baked bananas are topped with flambéed rum and a scoop of vanilla ice cream, and the result is sweet and boozy, with that irresistible variation of hot and cold. 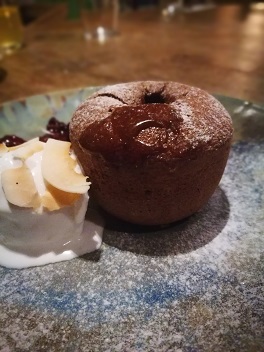 This eatery focuses on using ingredients that highlights the abundance of the Western Cape’s offerings. The food here is simple and done to a high standard, which reaches its pinnacle with the dark chocolate fondant (R55). Made with dark chocolate, the fondant is perfectly oozy and served with cream, ice cream or coconut ice cream topped with coconut shavings. This baked dessert is rich, but not overwhelmingly so. It’s truly all you could want in a wintery dessert.

Kloof Street House is always the place to be in winter, thanks to their plush furnishings and fireplace. They also serve two warm baked desserts to heat you up from the inside – a sticky malva pudding served with vanilla ice cream, grilled pineapple and pistachio; and a chocolate fondant accompanied by homemade marshmallows and marshmallow ice cream.

Is there anything more nostalgic than a freshly baked waffle covered in creamy ice cream? We think not. The Creamery bakes their famous waffles to order and tops them with either a single or double scoop of their delicious ice cream (R54 for a single scoop, R77 for a double). If you’re feeling fancy you can also add a bruléed banana, chocolate or caramel sauce, or toasted marshmallows. 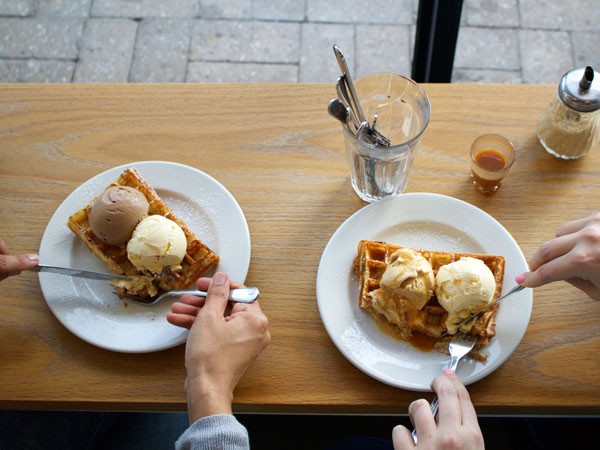 Ice cream and waffles at The Creamery in Newlands. Photo supplied. 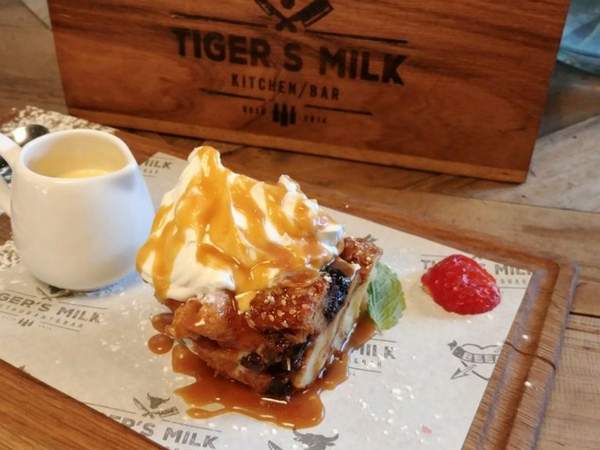 The warm and comforting bread and butter pudding at Tiger’s Milk.