The absolute best hot beef on rye in Joburg

The concept is simple: bread, beef and mustard. But this isn’t just any sandwich. Dani Silbermann, blogger over at Baby Jakes Mom, shares her discovery of Joburg’s best hot beef on rye.

Everyone in Jozi knew of Reubens Deli, which held legendary status for its iconic New York-style sarmies. What started out as a takeaway joint at the Oaklands garage quickly gained a cult following as the go-to pitstop for the ultimate hot beef on rye. It was their signature mustard sauce that kept customers coming back. Not even in the greatest delis of New York’s Meatpacking District could one find a sauce so delectably moreish. 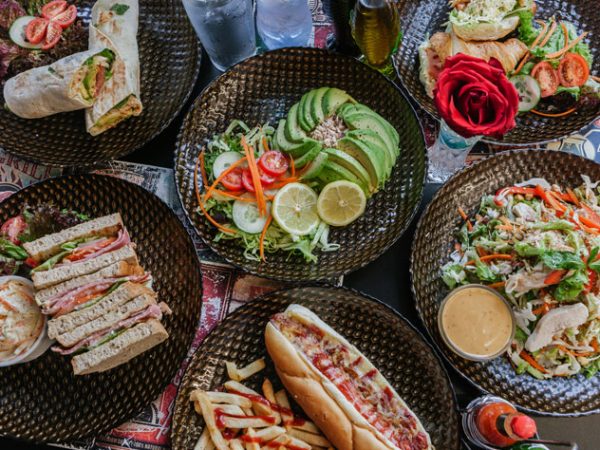 A spread from Liza’s, including the hot beef on rye. Photo supplied.

Soon their fame outgrew their location, so they relocated to Illovo and opened the official Reubens Great Sandwich deli. A couple of years later Liza Landauer, one of the owners, went on to open Meat Etc. in Benmore, where she continued to serve her signature sarmies, and the crowds followed. When the centre underwent a mammoth renovation, we thought that the famous sandwich was gone forever.

But Liza is now dishing out the sarmies at a new location. Her latest spot, named after herself, is a little corporate café serving the very same hot beef on rye with the original mustard sauce!

What puts Liza’s hot beef sandwich in a league of its own? Well, there’s an art to true sandwich assembly and it starts with the bread. “This was always our ethos: if the bread wasn’t completely fresh, we wouldn’t make a sandwich,” Liza states proudly.

The rye bread is toasted to perfection on one side in order to get the quintessential ratio of soft-yet-crispy carby goodness. Then begins the heavenly piling of hot pastrami to create a succulent sandwich tower. (The pastrami itself is seasoned, smoked and boiled; resulting in meat so tender, it melts in your mouth.) Added to this are pickles, tomato and lettuce. 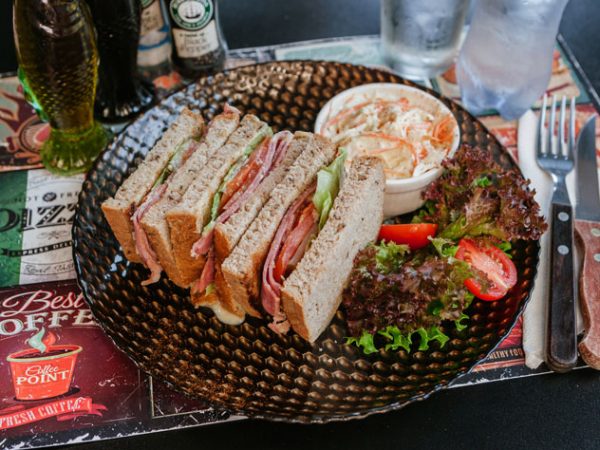 Next comes the secret weapon: the generous slathering of Liza’s homemade mustard sauce. It’s sweet, buttery and creamy, with that classic vinegary kick and mustard tang. Once you’ve tasted it, you’ll crave it by the spoonful. And, as Liza says, “It’ll take any sandwich from zero to hero.”

It really is the stuff of legends. It’s so good, in fact, that she used to bottle and sell it back in the day. The recipe remains top secret, though. Over the years, Liza’s customers have tried to speculate about the ingredients – guesses range from condensed milk to honey and mayonnaise (none of which are in the actual sauce!).

Liza’s is an amazing owner-run breakfast and lunchtime spot found in one of the main corporate buildings of Sandton’s CBD. Liza’s menu includes her claims to fame, all of which still taste exactly the same. There are insanely good hotdogs, old-school Sloppy Joes and, of course, the ultimate hot beef on rye (R110, with a kosher meat option available on request). There’s also a full array of wholesome dishes – think tuna-stuffed avocadoes and chicken salads and wraps. Liza is acclaimed for her corporate catering platters. 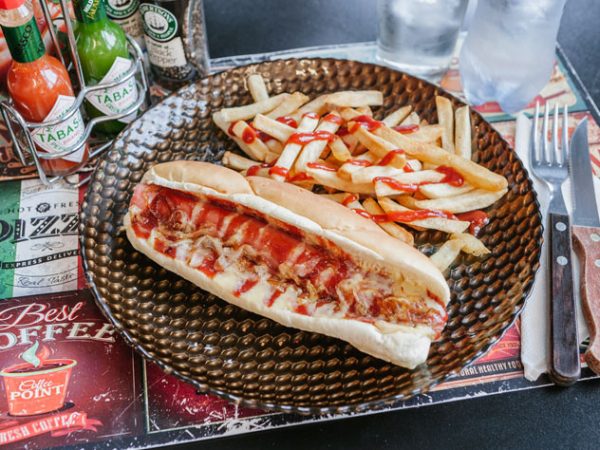 The hotdog at Liza’s. Photo supplied.

Liza’s is located in the foyer of the Capital Hill building on 6 Benmore Road and is available on Uber Eats and OrderIn.